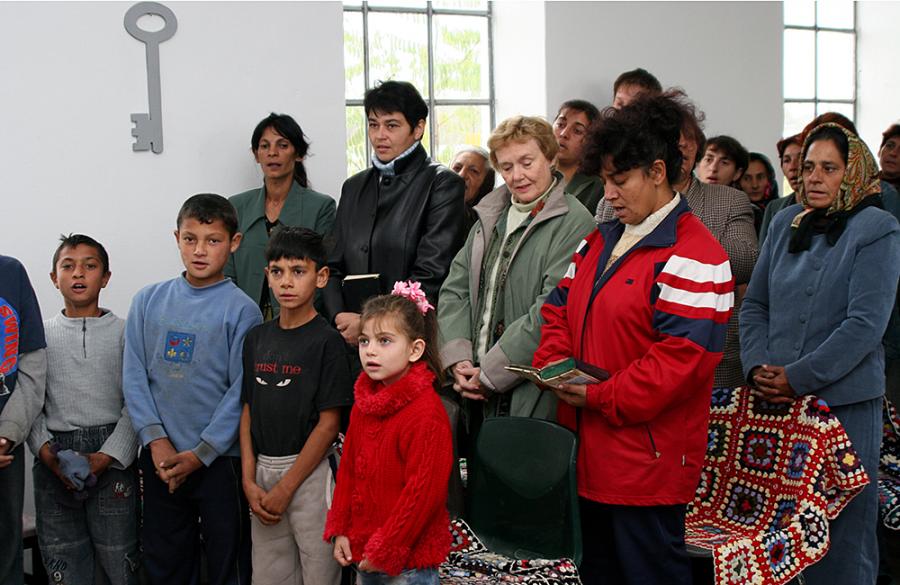 How revival is sweeping through Europe’s largest and most misunderstood minority.

For years now, God has been conducting a “hidden revival” among the little-known and even lesser-understood Roma people (formerly known as Gypsies). Stories are emerging of transformation and rapid church growth across country after country in Europe. (Read “The Long Road to Bucharest.”)

In the mountains of Romania, for example, four different Roma villages experienced such a revival that every bar in the area closed and local social workers came to see why the incidence of wife beating and crime fell to almost zero.

Such stories have led to the founding and growth of Roma Networks, which includes representatives from 30 countries in Europe and three outside of Europe (including the United States). This network facilitates the free exchange of resources, training and encouragement for continued growth of Roma churches.

An estimated 10-12 million Roma people are concentrated in Turkey, Romania, Bulgaria and those countries comprising the former Yugoslavia. In fact, they constitute the largest minority group in Europe. (For this and other facts regarding the history of the Roma people, read the “Roma Fact Sheet.”)

The word Roma comes from the Romani word for “man” or “husband.” Linguistic and DNA research confirms that the Roma are ancestors of the Dalit people in northwestern India. Around 1000 AD, the Dalit people were persecuted and conscripted into war. This started their exodus out of India and into the Byzantine Empire. Their migration continued under the Ottoman Empire as they spread out over the modern-day Balkans.

God has been conducting a “hidden revival” among the little-known and even lesser-understood Roma people.
Tweet

Seen as a mysterious, exotic, wandering people from afar, the Roma were mistrusted by most Europeans. This led to stories of them kidnapping children and stealing from shops as they travelled. The term Gypsy was coined because Europeans thought their dark-skinned visitors were from Egypt.

In fact, the Roma often allowed this perspective to grow and added that they were royalty. This was an attempt to become more accepted. But the mistrust only grew. Roma people were enslaved and sold to other countries, thus spreading them further throughout Europe.

Today, there is no “typical” Roma individual. There are both poor and rich, noneducated and highly educated Roma, living in segregated communities as well as being integrated into their surrounding communities. Yet their history follows the Roma, evidenced by a growing racial violence toward them.

Against the backdrop of both historical prejudice and current-day spiritual revival, Roma pastors are voicing urgent needs for leadership development as well as community development. Where Roma communities are segregated, they often lack access to education and job skills training. This makes it difficult to raise church leaders.

EFCA ReachGlobal is partnering with Roma Networks to build partnerships between U.S. churches, European Roma churches, and missionaries who are devoted to developing churches and communities in ways that do not create dependence.

To help articulate these historic and catalytic changes for the Church in Europe, a missionary communication organization called The Good Story created We Are Here—a documentary about this spiritual transformation. Footage of Roma villages where thousands of people have come to the faith are combined with interviews of Christian leaders who have seen firsthand the transforming gospel of Jesus Christ (The photo above shows one such Roma church in Ukraine).

Explore how your church might join in God’s revival among the Roma. Learn more about the Roma reality; share the We Are Here documentary; and contact EFCA missionary Thomas Becker, .

God is doing something unbelievable, and He’s inviting us to be part of how He’s changing lives among a people long abused and overlooked.

Explore how your church might join in God's revival among the Roma. Learn more about the Roma reality; share the We Are Here documentary; and contact the author of this post, who serves as the U.S. representative for Roma Networks.

Interested in developing churches and faith communities for other specific people groups in your own community? Contact Tony Freitas about upcoming training opportunities.

Tom Becker serves with EFCA ReachGlobal on its Catalyst Team. After 16 years as a church planter/coach among the Roma in the Czech Republic/Eastern Europe, he is also the U.S. representative of Roma Networks—networking and partnering with like-minded people, churches and organizations to work among the Roma.