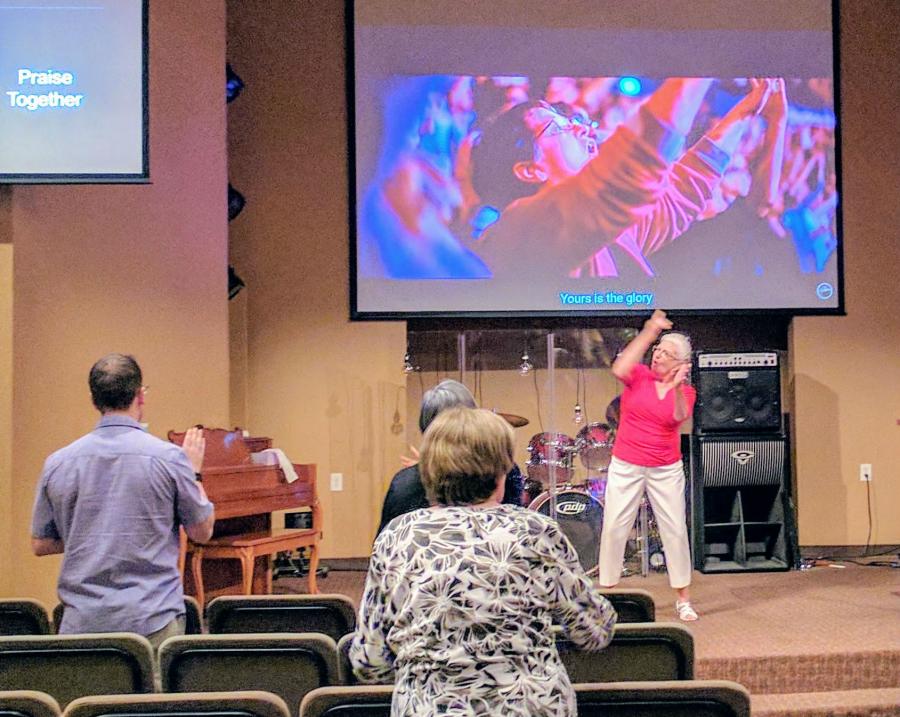 Speak to Me in a Language I Can Understand

The ministry at Fresno Deaf Church

I’d asked Keith Catron how people are drawn to the Deaf ministry of his church, and that’s how he answered me: “Word of mouth.”

Actually, Keith, who’s been the pastor of Fresno Deaf Church for the past 26 years, signed his response in ASL (American Sign Language). Tiffany Russell, a hearing member of the congregation and a trained interpreter, then told me what he said.

Translation happens in the other direction too: On the first and third Sundays, the English service in the morning is interpreted into ASL.

Bringing congregations together who don’t share a common language can be a challenge. And at The Bridge, there are three different languages: The Deaf Church meets in the afternoon, while all three English language services (and El Puente, the Spanish-language congregation) meet in the morning. But the joys outweigh the challenges.

“Bridge people” are the ones who can make the difference, according to Ricardo Palmerin, Hispanic Ministries coordinator for the EFCA. “These are members of the body of Christ,” he says, “who are naturally skilled and spiritually gifted to function as ‘bridges’ between groups of different culture, socio-economic status, ethnicity and language.”

The joy of community is obvious in everyone’s faces and hands.
Tweet

At Fresno Deaf Church, not everyone sitting in the chairs is deaf or hard of hearing. Some hearing individuals come with family members who are deaf. They are often in that group of “bridge people”—hearing individuals who are willing to try written or texted communication, thus helping span the gulf of potential cultural challenges.

An attendee of any other evangelical church would find many familiar elements in an average service here: announcements, musical worship, a message and communion the first Sunday of the month. When Keith invites interaction, the congregation responds—they just do so with their hands, signing their thoughts.

But there are obvious, necessary differences too—especially in the music, which doesn’t include piano, organ, guitars, etc. Someone from the congregation signs along with the music videos of worship songs—a few of which also include signing. Some in the congregation sign along with the leader, and a couple even sing. The joy of community is obvious in everyone’s faces and hands.

Another difference at Fresno Deaf Church is that children can be loud and no one really cares. A more subtle difference: People tend not to sit right next to each other. That space allows room to carry on signed conversations, which—like in any church—continue long after the service is over.

As with most churches, there are small-group Bible studies and a variety of social gatherings throughout the year. A number of people in the congregation work at the Deaf and Hard of Hearing Center of Fresno, and those connections have led many to find the ministry of Fresno Deaf Church.

The genesis of Fresno Deaf Church

Pastor Keith was born deaf and grew up with deaf parents. He met his wife, Lisa, while a freshman at Gallaudet University in Washington, D.C., then prepared for Deaf Culture Pastoral Studies at North Central Bible College in St. Paul, Minnesota.

After an initial ministry assignment in Florida, he accepted a call in 1991 to serve at Fresno Evangelical Free Church (now called The Bridge). The Deaf ministry there had begun the year before with a Sunday school class that grew quickly. The class’s founder, Kathy Doerksen, continues to interpret at The Bridge.

When the Deaf congregation began, there was hope that it would become financially self-sustaining. Keith told us, however, that many in their Deaf community are unable to get full-time employment due to other complications, so financial independence isn’t a current possibility. The Bridge has had financial challenges over the last few years, too, and Keith’s position recently became part time. Now, he also teaches ASL at a local college.

While some other nearby congregations provide ASL interpretation during worship services, Keith is the only Deaf (ASL-signing) pastor in the area, and The Bridge hosts one of the six ministries to the Deaf in the EFCA.

Through Keith’s ministry and that of his leaders, as well as the love and commitment of several bridge people, God’s Word is brought to life across cultures here, and Keith’s every “word of mouth” helps bring more into God’s kingdom.

Caption: Signing up front at Fresno Deaf Church is Kathy Doerksen, who began the Deaf ministry at The Bridge Church.

Dean Anderson received his M.Div. from Trinity Evangelical Divinity School and is ordained in the EFCA. You can follow the adventures he shares with his wife, Mindy, at their two blogs: deanandmindygotochurch and deanandmindywalkintoabar.