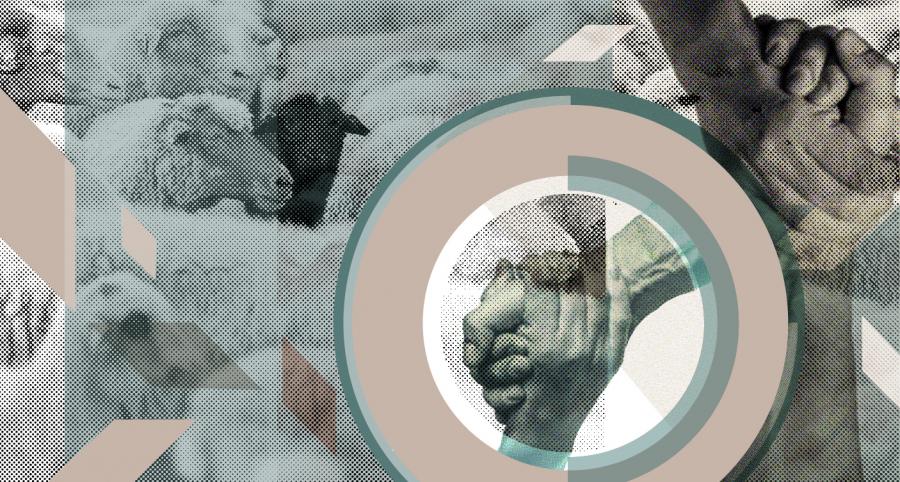 The Heart of a Shepherd

Pastoral care can happen in sermons and worship services, board meetings and fellowship dinners, but most often it is one-to-one: conversations, counseling, calls on the sick or bereaved, chasing down someone who is drifting from the faith, and the interruptions. Eugene Peterson taught me that often the interruptions are our ministry.

God so created the heart that it needs a shepherd. And when lost sheep are found and gathered into the fold of God, they need a pastor. No Christians should be without pastors who feed, lead and guard them for the Lord’s sake.

Pastors are sacred intruders...Grace is the credential that lets us park close to people’s hearts.
Tweet

One-to-one pastoral care is every pastor’s inefficient imperative. It invariably seems we could get more done if we’re left alone to study or plan, or if we could be with a group of our people at once to teach or worship or just eat together. There is this powerful instinct to always shepherd the flock in bunches, in herds, because it seems patently obvious we’d get more done. But efficiency is a poor pastoral master.

We would hardly know Jesus if it weren’t for all His personal encounters in the Gospels. Peter at his nets, Matthew at his tax table, Mary at Jesus’ feet, the desperate centurion, the raving demoniac, Nicodemus, the woman at the well, the thief on the cross.

Jesus met people one-to-one. This is what pastors do.

Akin to that, pastors learn of Jesus by being with Him at all those personal encounters with Jesus’ people. Pastoral care has a way of toning up our Christology. You say goodbye to your counselee or drive home from the hospital, and sometimes Jesus was so present there, it is as if you’d just come away from private devotions.

I’d visited the home of a couple just to pray with them. Barb’s fear of the future hung heavy in the air. We sat quietly together while I tried to listen for the Lord’s direction, for what He wanted me to say or pray. I was surprised when the words came: “All will be well. All will be well.”

It was as if fresh air filled the room with relief. “I know Jesus is always with us,” Barb said, wonder in her voice, “but tonight … He was right here in this room!”

I remember a mom calling me in a panic over her teenage son. She was at work and he was at home alone, depressed and unsteady, and he wasn’t answering the phone. “I’m on my way,” she said, “but could you go over and check on him? The back door is open.”

I was frightened all the way, but I found him safe, huddled in a blue funk, and so far from Jesus. But that’s what we do. “The back door is open.”

Pastors are often sacred intruders. We’re spiritually nosy. A sign outside the hospital room might say “Family Only,” but that restriction doesn’t apply to me. We arrive at some closed-door crisis and hear the whisper, “The pastor is here.” I’ve talked to strangers in distress and said, “I’m a pastor. Would you like me to pray for you?” and, of course, they said yes. I keep waiting for someone to check my I.D.

It’s like that with people’s hearts too. I let myself into their souls: “You don’t mind if I come in here, do you?” And the next thing you know, you’re talking about long-guarded fears or sins or memories covered in dusty sheets. Grace opens a lot of doors.

When people sense I’m not going to hurt them, that I won’t slash them with the sword of the Spirit, they are relieved to have someone look into the lonely, dark rooms of their hearts with them. When we don’t rush them and don’t try to squeeze God’s Word in edgewise, Jesus has room to work wonders.

Again, what we bring that is most Christlike is grace. Grace is the credential that lets us park close to people’s hearts.

God so created the heart that it needs a shepherd.
Tweet

One-to-one shepherding is not usually my favorite part of being a pastor. That would be preaching. Frankly, I enjoy creating and organizing things more than I enjoy pastoral care. But pastoral care is like the writing I do. When people ask me if I like writing, I always say I like to have written. I like it once I’ve done it. Pastoral care is often like that. I like to have pastored.

Sometimes I dread the grim story I know I’m going to hear, the weeping that I know is coming, the anger that is sure to erupt before me. I wish I didn’t have to talk to the new widow or call the guy who has skipped church for three months. But when it is done, even when things aren’t resolved, I know that in this I was a good shepherd.

Nothing in all the pastoral work I do gives me such a sharp, clear sense of being a good shepherd as having done pastoral care. I’m most truly aware of being the pastor in those one-to-one moments of care and prayer, of wisdom and grace. It is the vulnerability, I think, the face-to-face love of a shepherd for his sheep.

Pastoral work is humbling. It’s humbling, of course, because we so often feel inadequate, but also because it is often such small work. A pastoral friend writes a birthday card to every person in his church. Small work. Another quietly prays through the church directory. Small work.

We call on people and no one ever hears about it. We sit and make small talk with someone while trying not to worry about our unfinished sermon. Small work. We pray for a 10th grader’s audition or a 45-year-old’s job interview. We take a newcomer to lunch, or help arrange some funds for a sister with a need. Small work.

Last Sunday “Molly” was in church. She’s not a believer. She doesn’t really grasp the gospel yet. But she likes to be there. I hadn’t seen her for several weeks, so I sidled up to her and quietly asked how she was.

“Things are really tough,” she said. “Let me pray for you right now,” I said to her surprise. Short, simple, small. Later she told her friend, “I felt something. . . . I think it was the presence of God.”

Jesus said, “When the Son of Man comes in His glory, and all the angels with Him, He will sit on His glorious throne. All the nations will be gathered before Him, and He will … put the sheep on His right and the goats on His left” (Mathew 25:31-33). And there we will be, both as sheep and shepherds, gawking at the glory and amazed at the grace that got us there.

Jesus said that then the King will give us each the inheritance prepared for us before creation, and He will tell us the incredible reason why He has made us so rich: “For I was hungry and you gave me something to eat, I was thirsty and you gave me something to drink, I was a stranger and you invited me in, I needed clothes and you clothed me, I was sick and you looked after me, I was in prison and you came to visit me” (Matthew 25:35-36).

When we’re trudging down hospital corridors or going back to the church for evening counseling, when we’re squeezing in a visit to a shut-in or meeting with a 17-year-old just to talk about school, we’re bringing food to hungry hearts. We’re inviting in strangers. We are clothing people—maybe in garments of white.

We go into prisons, some with unseen bars, and jingle the keys of grace. It is so ordinary, so small, but look where it gets us: “in His glory, and all the angels with Him.”

This article is reprinted with permission from ChristianityToday.com, April 2016. It’s the first in our three-part series “The Heart of a Shepherd.” Read Part 2, “The joy of portable grace” and Part 3, "When a colleague falls, what's your role?"

Read another of Lee Eclov’s writings on this topic—“The Practice of Grace”—published in 2012 at EFCA Now.

Lee Eclov is senior pastor of the Village Church of Lincolnshire (EFCA), in Lake Forest, Illinois, and an adjunct professor at Trinity Evangelical Divinity School. In addition to writing for several pastoral publications, he is the author of Pastor’s Service Manual and Pastoral Graces. Check out his website to learn more about “Pastors’ Gatherings: How We Shepherd.”