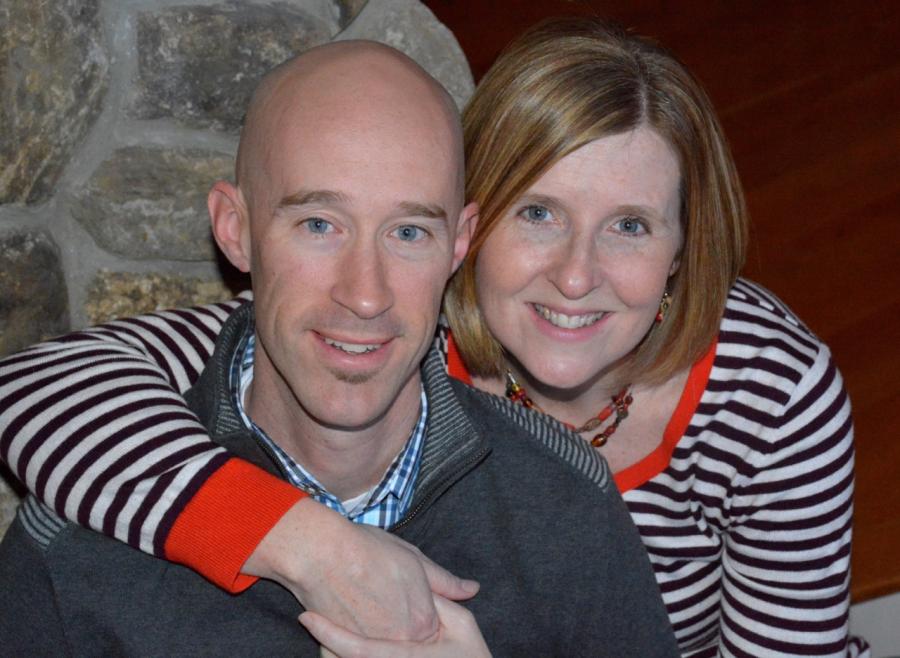 A Life of Intentionality

Introducing the new superintendent for the New England District Association

As of August 1, 2016, the New England District Association of the EFCA welcomed a new superintendent: 39-year-old Sam Huggard. Yet in many ways, you might say Sam is an “old NEDA soul.” Because of his integral role in both shaping and being shaped by NEDA since he was a child, Sam was a natural choice to take over from 17-year veteran superintendent, Ves Sheely.

Whether you’re at a party in town or a sporting event, God has you there for a purpose, on mission.
Tweet

Sam’s history with NEDA goes back to Barrington EFC (better known as BeFree Church), in Barrington, New Hampshire. Sam’s grandparents were founding members, and both Sam and his parents came to faith at BeFree. Rooted in that heritage, it’s no wonder Sam was present at the church day and night. “The only downside,” he says now, “is that we were so involved with the church, I wasn’t very involved with people far from Christ.”

That realization led him to make a serious change when he left for college at the University of New Hampshire and connected with believers involved in the evangelism-driven parachurch ministries of Cru and Young Life (and even a year-long Young Life internship).

“It developed in me a deep desire to do ministry with people far from Christ, on their turf,” Sam explains. “God used that desire to push me toward church planting, because I kept thinking, I’d love to be part of a church where this is a core part of their DNA—immersing myself in a culture and a community.”

When BeFree Church’s pastor, Chris Clinch, contacted Sam and said that plans were afoot to plant a church back home in nearby Alton, New Hampshire, Sam said yes to the role of planter.

Three years of hands-on mentoring by Chris led to the birth of BeFree Church of Alton, where Sam pastored from 2006 until taking on the superintendent role. And he’s certainly brought-to-life his earliest desire: to be part of a church whose core DNA is that of living on-mission for Jesus in its community.

“All of life has this intentionality about it,” Sam explains. “Whether you’re at a party in town or a sporting event, God has you there for a purpose, on mission. So a regular conversation by a basketball court is absolutely loaded with opportunities for a person to have a kingdom conversation.

“All of us—not just the missionaries—live ‘sent’ to the community God has placed us in.”

And “sentness” applies to the local church as well.

“I don’t think the church can live as sent apart from the individual people living sent,” Sam clarifies. “Yet I also believe that it’s only as the church is together that we have the most powerful witness. When Jesus says that we’re salt and light, I don’t think He’s primarily talking to individual Christians as much as He’s talking to the church: You, corporately, are the light of the world.

“Once people begin living that way, God brings greater opportunities for the church to live collectively and to meet tangible needs in the community. My hope is that I might help NEDA continue to ring that bell—that this is the mission of Jesus: We are sent to the world that God so loves.”

Helping to shape NEDA himself

Even from his corner of New England, and Alton Befree Church, Sam has had a profound effect on the entire district. To start, he lives out what he believes about incarnational ministry. His wife, Wendy, is his partner in ministry, and they invited another family into their home for hands-on/hearts-on mentoring. (Read “The Gilman Home” in EFCA Now about the beginning of that incarnational ministry.)

The district itself has been on a 17-year journey of unlocking the church-planting conundrum. Traditional methods—anything you commonly read about in church-planting texts—didn’t really work effectively in New England. Even our “successful” church plants weren’t healthy and reproducing.

It wasn’t that Ves wasn’t willing to experiment. For his first 11 years, Ves brought district leaders with him to observe vibrant church-planting movements in other countries. He traveled across New England to engage pastors in discussions and training to help equip other missional leaders and teams. And Sam—as one of those pastors—was a key team member through every iteration of church-planting methodology.

Ves recognized what Sam had been modeling at BeFree: that transformation had to start at the individual and leader level, then flow outward to each church, then expand across the district. And pastors needed concrete help in implementing that kind of change in their churches. Church-as-we-know-it had to change.

So in 2010, NEDA leadership launched the LifeFlow process*—a simple name for an all-encompassing, mentored-leader approach to transformation that would lead, they hoped, to the planting of truly transformed churches.

Since 2010, they have coached 50 NEDA churches. And now several other district superintendents are using the LifeFlow approach as well.

It’s no “quick fix,” Ves says. Transformation never is. “No, we have to eat, sleep and breathe this, then develop missional leaders—those who look for ways to contextualize the gospel in their communities.

Ves knew that when he stepped out of the superintendent role, the best replacement would be someone who’d been part of the journey and was eager to watch the transformation unfold. Sam, he says, is a natural.

“What’s missing from most of our churches is that contextualization of the gospel into our communities,” he says. “So it’s hard to argue with the success that BeFree is seeing: Since 2006, this church of 350 has planted four churches—and two this year.”

But of course, going from local-church pastor to district superintendent is a big step. And Sam was understandably hesitant at first. “I’m pretty young,” he admits, “and I saw it as a role someone took when they had a lot more experience under their belt. Ves Sheely has done a phenomenal job for 17 years—those are pretty big footprints to fill.

“One of my greatest fears was that I’d become detached from local ministry. I knew that if I didn’t have fresh stuff happening in my life, I’d not have much to give. The Gilman Home is part of the way I’m staying involved in local missional work and doing life-on-life ministry.

“Yet the far bigger fear for me was leaving the local church. I love being a local church pastor. Our church is about 10 years old, and I had this sense of, If I step out, what’s going to happen to the church?

“But then I realized, I don’t really have practical faith that Christ is the head of the church. Practically, it feels like I am. And that’s just not true. For my own heart sake and for the health of the church, I had to be willing to leave.”

Despite Sam’s hesitations and the weight of the role, Ves is convinced that God has been preparing Sam ever since his Young Life days and that early commitment to incarnational ministry. Only two weeks into their leadership transition, Ves remarked, “He’s already filling my shoes.”

*NEDA gives credit to the mentoring and investment of church consultant Tom Johnston, who cofounded the LifeFlow process.

To learn more about the lifestyle of incarnational ministry that Sam and Wendy Huggard model, read Five Stones: An everyday guide to following Jesus, co-written by Foye Belyea and Sam Huggard. Learn more about the New England District Association at efcneda.org.

After 10 years serving as pastor of BeFree Church (EFCA) in Alton, New Hampshire, Sam Huggard took on the role of NEDA superintendent on August 1, 2016. Ves Sheely will fully transition out on August 31, 2016.