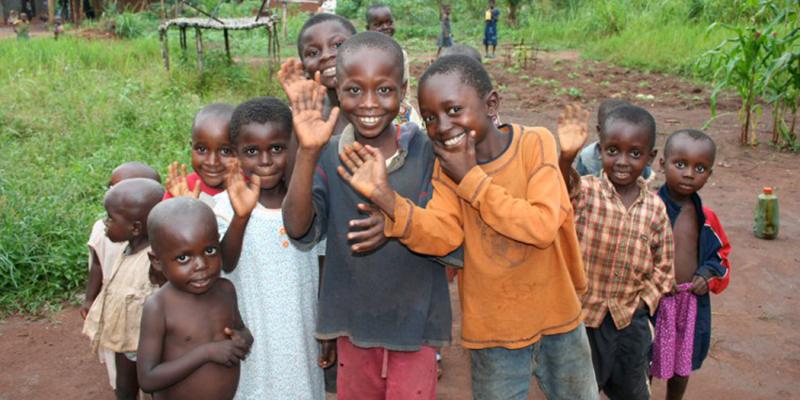 GlobalFingerprints officially began in 2006, but was in the works for several years leading up to its launch. The first country (and the country which caused EFCA ReachGlobal to see a need to launch a sponsorship program) was Congo. In 2004, Congo was coming out of a brutal 8-year war within its borders. The Evangelical Free Church of Congo was suffering along with the rest of the country, but deeply desired to minister Christ’s love to the hurting community. The Great African war had left the people of Congo with very little. Many people were homeless, starving, orphaned and sick. The need was so great and overwhelming for the local church.

In 2004, Arlington Heights Evangelical Free Church (now, The Orchard), planned their first-ever “World Impact Project,” with the intent of engaging their entire church in a significant project. Working in conjunction with ReachGlobal and in partnership with the Evangelical Free Church denomination in Congo, they decided to respond to the issue of AIDS that had swept across the country impacting every family in some way. A short-term trip to evaluate the needs of the people revealed an overwhelming incidence of orphans. It was too much for the Congolese church alone. So, in light of their response to the impact of AIDS and in their commitment to work alongside the church in Congo, a child sponsorship program was developed.

One of the most crucial needs they witnessed was the number of orphans being cared for by extended family or community members. Many of the people caring for the large number of orphans could hardly provide for themselves and their own family members, yet they opened their homes to these orphaned children as well. The Orchard team returned home and rallied their church community to implement “World Impact Project” to raise funds for the challenges the Congo church was facing. At the time, they had no idea that it would become what it is today: GlobalFingerprints.

Once the necessary training, supplies and technology were sent to Congo, GlobalFingerprints officially launched in 2006. The overall mission was to come alongside the Congolese church in order to equip them to be the hands and feet of Jesus. The core values have remained the same, meeting the spiritual, educational, medical, nutritional and other needs of children through partnership with the local church.

Today, GlobalFingerprints operates in Congo, India, Haiti, Indonesia, Zambia, Liberia and Lebanon, with the prospect of more partnerships in other countries to come. Currently we have nearly 2,700 children sponsored by more than 2,000 sponsors worldwide. It’s thanks to these sponsors and church partnerships that GlobalFingerprints is able to bless the lives of children so that they may be transformed- body, soul, and spirit.

For more information on how to sponsor a child, or for advocate resources, please visit: www.globalfingerprints.org.