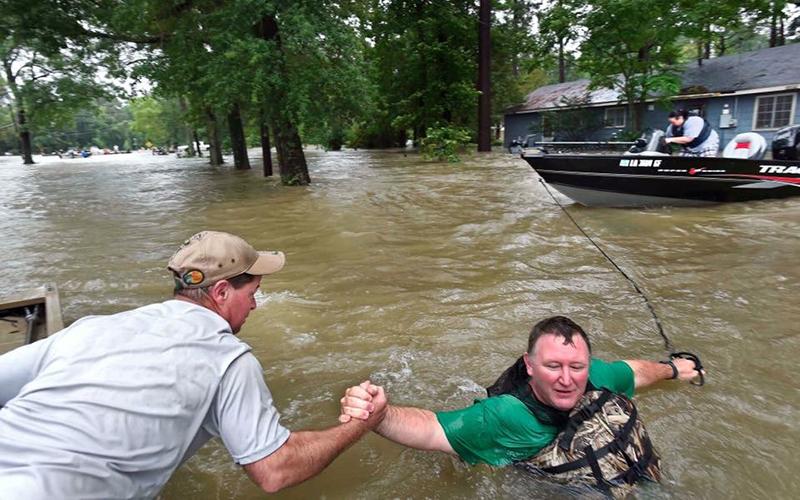 Being the outstretched hands of Jesus

As the evening news shows a 30-second spot on flooding in Louisiana, thousands are evacuating in the single most devastating flood event in the U.S. since Hurricane Katrina hit in 2005.

…but I’m sure we lost everything.

Louisiana is no stranger to heavy rains and storms. It’s a normal occurrence. But this week was different. 1000-year rains and flooding like this has never before occurred.

Gary is one flooded home owner we met in the course of crisis response efforts, “We’ve gone through the flood of ’78, ’83, Katrina, Rita, Issac and Gustav, and havenever flooded before. We have about six feet of water in our house now, and haven’t been able to get to it. I’m not sure when we will, but I’m sure we’ve lost everything.”

Gary’s story is one of many, as the impact is staggering:

P. Lance Bourgeois (Trinity EFC, Covington, Louisiana) has been out working with our assessment and clean-up teams, as this flood has hit close to home. His aunt and uncle, were two of those 30,000 rescued. His uncle said, “The water just kept coming up and up and up. When we left the house, we walked out in water up to our waists.”

They ended up having 5 feet of water in their home.

In Denham Springs, the brown, muddy water did not spare Grace Community Bible Church. Pastor Tim, with puddles still on the sopping wet carpet shared that 60 percent of his congregation has been affected, but that he wants to engage, “meeting people in their brokenness.”

Our hope is that a steady flow of volunteers and donations will allow us to help this church recover and bring healing outreach to their neighbors. Though the water is still too deep though to access many areas, it is clear that the worst natural disaster in the United States since Super Storm Sandy in 2012, will result in a long road to recovery. Consider partnering with EFCA ReachGlobal Crisis Response, EFCA’s Southeast District, Trinity and other local churches, as we seek to share Christ’s love with those in need.

Pray: For rains to stop, waters to recede, and the Church to be tangibly present to bring hope and restoration.

Send a Team: Email Respond@efca.org. Volunteers are needed immediately and will be needed for the next several years.

Mark Lewis is director of EFCA Crisis Response. He and his family live in New Orleans, from which he travels to Haiti or Japan or wherever needed, to make disciples and multiply transformational churches in the wake of crises.