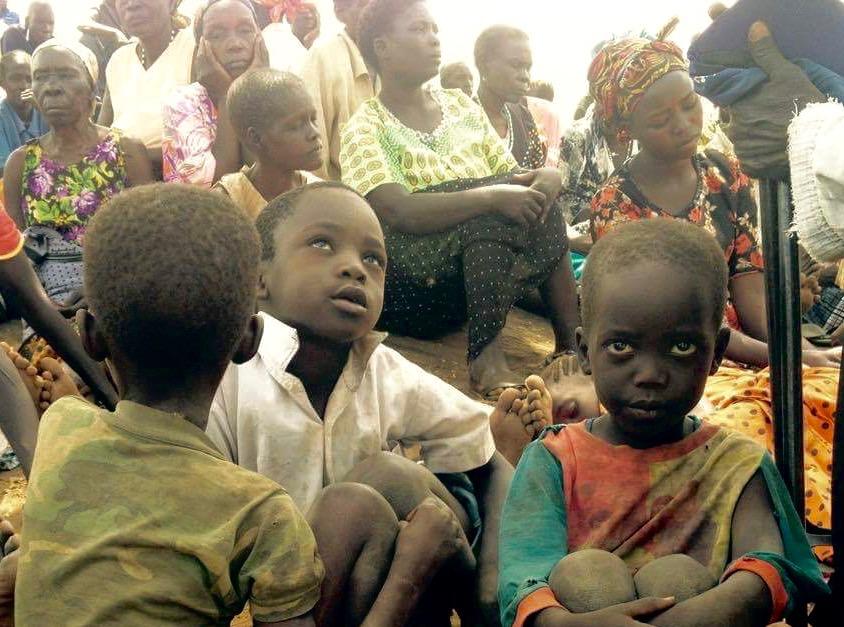 An Outpost of Heaven Amidst the Hell

Seeing God at work in an Adjumani refugee camp.

In March 2016, an air of hope arose in South Sudan as opposing leaders of this nascent nation brokered a peace agreement designed to end years of bloody internal conflict. Pastor M, one of EFCA ReachGlobal’s ministry partners, wrote at that time, “Soon a government of national unity shall be formed. Hopefully, a lot of changes will begin to take place. People are excited today.”

But the hope and excitement were short-lived. By June of the same year, hundreds of thousands of South Sudanese were running for their lives as the peace deal collapsed and civil war began anew. Even Pastor M escaped into Uganda as a stowaway, hiding among crates of soda bottles in a commercial truck.

Close to a year later, Pastor M and his family have been reunited—not in their homeland but in a refugee camp in northern Uganda. The refugees in these camps feel betrayed and are greatly saddened at the lawlessness now rampant in South Sudan.

Pastor M ministers to many of the new arrivals at the Adjumani refugee camp. He leads worship services, develops church leaders and helps others obtain vital services. These new arrivals tell Pastor M about the current situation back home—reports that continue to alarm him. In October, one refugee told him, “All the routes leading to Juba, South Sudan, are blocked; many risking [escape] end up being killed.”

Pastor M also hears of farmers returning to South Sudan to work their land, only to be murdered in their fields. Much of this happened at the peak of the crisis, when more than 3,000 refugees were crossing the border into Uganda daily.

While the United Nations and other nonprofit organizations do their best to provide services and supplies, new arrivals at the camp and other vulnerable people continue to suffer. Some survive by selling everything they’ve brought with them, just to get sufficient food.

“Last Sunday,” Pastor M says, “about five church members shared that they are starving. I wept, and my heart was so heavy I could not preach.”

In late December, ReachGlobal partnered with two African organizations—Lifeway International and Greater Reach Alliance—to offer assistance and relief to some of the refugee camp’s most vulnerable. Pastor M helped coordinate that effort, which provided a month’s worth of much-needed supplies to 100 families.

In turn, Pastor M says, “the church [is] seen as a helping church. As a result, the Lord God is adding to our number daily.”

The problem is far from solved, with a shocking number of elderly and disabled still going without adequate food. Yet as more of Pastor M’s global church family hear the need and respond, may the Lord continue adding to that number daily. Until all can return home, may Uganda’s Adjumani refugee camp be a shining outpost of heaven.

Please pray for our brothers and sisters who are refugees from South Sudan. And consider making a financial contribution to EFCA ReachGlobal, Africa Crisis Relief, Account #2200-3988. Checks can be mailed to 901 E 78th St. Minneapolis, MN 55420. Donations can also be made online.

Gary Rodgers has served as an area leader with EFCA ReachGlobal Africa since 2015, and is a member of the ReachGlobal Africa Division Leadership Team. Prior to that, he served 10 years as director of missions for Valley EFC in Vacaville, California, focusing primarily on partnership with the Evangelical Free Church of Rwanda.