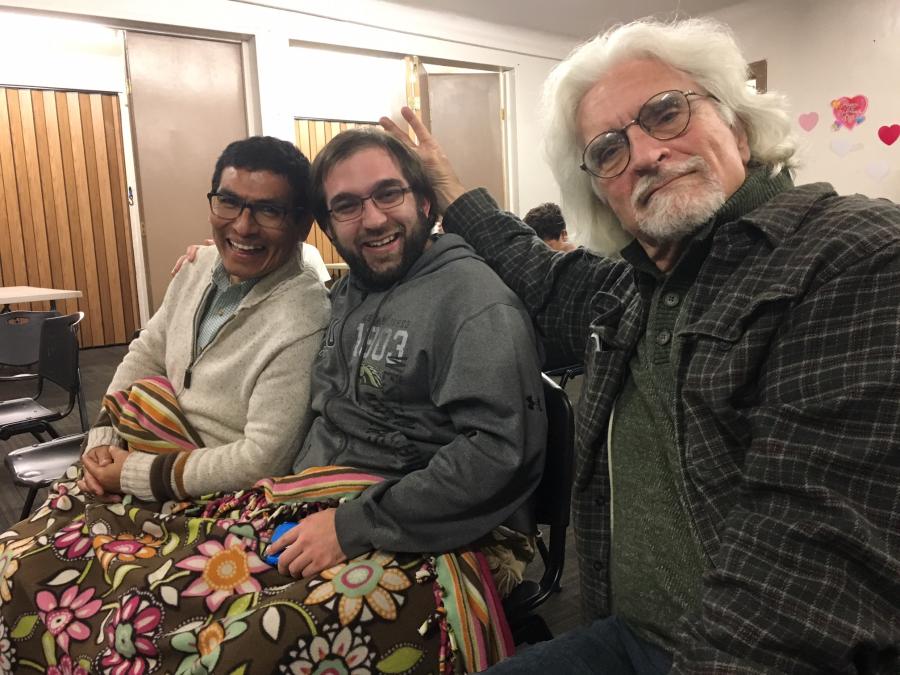 But the bad weather is showcasing Jesus at work.

We Angelenos are not known for our ability to adapt to weather of any kind. Southern California has been in a six-year drought, and we are more comfortable saving water than driving or walking in it.

So, when major storms hit our side of the country in the past few weeks, we were shocked at the sheer amount of water dropping onto our thirsty city. At first, especially in the beginning of January, people seemed pleasantly surprised and talked about coming out of the drought. But by February people were getting nervous.

In our urban, working-class neighborhood, families generally need one jacket per family member. Often, extra shoes or an umbrella are a luxury. Not so this past month. According to the local ABC station, Friday, Feb. 17, was perhaps the strongest storm to hit southwest California in the last 22 years, causing flash flooding, power outages to more than 78,000 in the Los Angeles area alone, and at least five deaths.1

This rain has forced us to think more about being good neighbors if disaster hits again.
Tweet

Central Los Angeles—where we live and attend church—wasn’t as hard hit as other outlying areas. But the storm created conditions that made it hard for walking families to get their kids to school. Local public schools sent out calls and letters urging parents to please send their kids in spite of the weather.

At our after-school program at First EFC LA, kids showed up in soaked shoes and clothes without a good backup. So our church members collected jackets to disperse to kids in need and we are stocking up our little after-school “store” with umbrellas and extra socks.

The interns at our church’s community house are giving people rides. And we’ve welcomed some new people to the church who just needed extra blankets for their RV and were able to hear the gospel.

“What do you offer over there?”

While we haven’t had the dangerous flooding that central and northern California are experiencing, the heavy rains impact our walking families and homeless populations. Cherie is encamped behind our church adjacent to an RV. Her layers of blankets topped with a tarp are attached to a fence, creating a triangle for her small mattress. She says she’s not doing so well. “What do you guys offer over there?” she said, gesturing to the church. Here behind First EFC, Cherie makes her home under some tarps. She's dreading the next storm predicted. (Top photo) While it rained outside, First EFC offered neighborhood youth and families a warm and rowdy place to enjoy the Super Bowl. Pastor Carlos (left) huddles with two members of the youth staff. All photos courtesy First EFC

Cherie’s question got me thinking about how we can help more as a church in an economically depressed area. Besides afternoon coffee at our tutoring center and an occasional place to charge a phone or use the restroom, what do we have to offer our neighbors in need? This rain has forced us to think more about being good neighbors if disaster hits again.

Our church building hasn’t fared so well in the weather either, with one whole area of the basement wall dripping in water from the sidewalks. But we certainly do have a space to welcome people, and it would be good to be on a first-name basis with all the homeless folks within walking distance, so they know where to come in an emergency.

A place for Frank

On the day of the storm last Friday, long-time neighborhood friend Frank showed up at our front door soaked to the skin, having been released that day from a year-long stay in a psyche ward. (See the author’s 2015 story about Frank: “EFCA in the City: Life in our L.A. neighborhood.”)

Under medication for schizophrenia, Frank didn’t have anything except a few clothing items and four bottles of deodorant (which apparently seemed to the hospital a more urgent need than providing him with a night of transitional housing or even an umbrella). We were aghast but happy to see him.

Frank spent the rainiest part of the afternoon petting our new puppy while wearing my husband’s socks and Dodgers jersey. Another church member came to pick him up and is working with him on housing.

Those few hours were a great reminder of why the local church is so key for the vulnerable members of society. Frank needed a place to go in the downpour. He needed some dry socks. And he needed a place to stay for his first night out of the hospital. Our small church pulled together to help make Frank feel like he has family who have his back and who missed him when he was gone. On her porch two days after the storm, the author and her daughter Nemesis bond over good pozole made by one of their neighbors.

These storms have certainly caught many Angelenos unprepared and left many in desperate situations, but our hearts aren’t dampened and we see the light of Jesus shining in ways great and small in His local churches.

Sarah Romero Yetter is co-director of the S.A.Y. Yes! youth center in Pico Union and co-founder of the Nehemiah and Emmaus Community Houses, which she and her husband, Pastor Scott Yetter, direct. These ministries are part of First EFC of Los Angeles, where Scott and Sarah have been on staff since 2000. They live with their four children in the Emmaus House.

Episode 112: The Church: A Missional Community by Dr. Greg Waybright