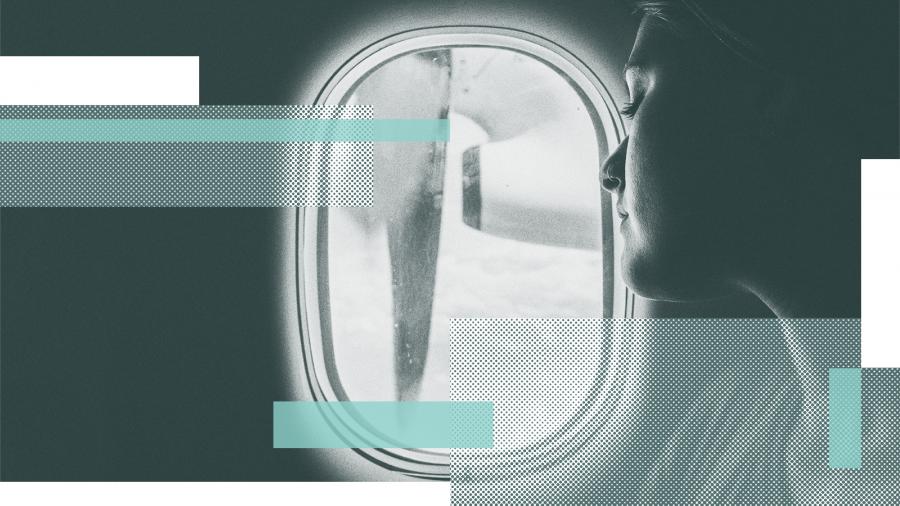 I Don't Deserve Your Sympathy

How one missionary found gratitude amid COVID-19 evacuation

The phone call came at 11:30 at night on Thursday, March 19th: Because of COVID-19, we needed to buy tickets to leave Tanzania as soon as possible. Just a few hours earlier, the thought of leaving was the furthest thing from our minds. We had lived in East Africa for 16 years; it was our home. Our four kids were adopted from Tanzania. Yes, we were planning on relocating to the States in July, but that was still three months away. We never would have dreamed that we would need to leave in March.

Leaving Tanzania suddenly was probably the most stressful experience of my life. Selling everything in our house, trying to get a U.S. visa processed for our youngest adopted son, having flights and airports closing around us, and worrying about all the people and responsibilities we would be leaving behind—all in a period of a few days—just about broke me. There were times when I found myself shaking uncontrollably or simply immobilized by the inability to think clearly.

Yes, I was forced to leave my home and return to a place that doesn't feel like home. But I had a passport to let me in.
Tweet

But there were moments during that week—and even more so now that it's over—when I am overwhelmed with how much privilege was connected to this sudden departure.

Yes, my stomach was in knots. But never once did I worry that my family wouldn't have enough to eat. Yes, there was tremendous grief in being given a mandate to leave. But never did I feel my life was in danger. Yes, the trip probably exposed us to the virus. But I knew we were headed to a country with-high quality health care. Yes, it was hard to find open flights. But I could afford to buy tickets on those flights. Yes, the trip was exhausting. But we had in-flight entertainment and a night at an airport hotel. Yes, I was forced to leave my home and return to a place that doesn't feel like home. But I had a passport to let me in.

In contrast, consider India. When the government put the country on lockdown in March, stalling all public transportation, hundreds of thousands of migrants started walking back to their home villages more than 100 miles away. People who scratch out a living of $5/day, walking. No money, no food for their journey. Sleeping outdoors. Many of them with children.

Yes, "shelter in place" isn't much fun. Now that we’re in America, my husband and I are struggling with our kids' online learning while trying to do our own work. Our kids are climbing the walls. We are bored. We've been on quarantine, so it's been a challenge to figure out how to get more milk or find a protractor so my middle-schooler can do his math. Yet again—I have no worries of going hungry. Zero worries. Sure, we are eight people sharing the three bedrooms of my parents’ house, but my parents' house has 24-hour electricity and running water. Friends have brought us homemade pizza and root beer and ice cream...and a protractor for my son. The author and her family in their COVID-19 gear after returning to the U.S.

In contrast, I think of Uganda, also on lockdown. I think of families with 10 people sharing one room. Not one bedroom, one room. Little to no electricity. Their daily water supply costs a quarter of their daily wages—yet now there are no daily wages. We stress about boredom; they wonder about survival.

Yes, my husband and I worry about the future. In three months, we will be unemployed. We've been applying for jobs at Christian schools, yet no one is confident of enrollment for next year. No one even knows when schools will open again, so everyone is reluctant to hire. Our future—where we will live, what we will do—is a big black hole of unknowns. Yet again—I have zero worries about going hungry. I have zero worries about ending up on the street.

In contrast, I think of how the tourism industry in Tanzania has come to a screeching halt, leaving hundreds of thousands without jobs. I think of the names and faces of Tanzanians I know—friends I have shared life with—who are now jobless due to so many foreigners leaving the country. But unlike Americans, they can't apply for unemployment benefits. Or even welfare. Or even food stamps.

I don't deserve your sympathy. They do.

I'm not saying that we didn't need the prayers or concern of the thousands who prayed us through that week, because what we went through was really hard. I'm not trying to minimize my grief. The trauma my family experienced in being yanked from our home is very real. The anxiety about our future is tangible. I am grieving and going through all the stages right now—denial, guilt, anger. I'm not trying to minimize the hardship of millions of Americans who have lost jobs, who are facing uncertain futures. I'm not saying we shouldn't mourn the loss of the thousands of Americans who have died in this crisis.

But I do think that there is room for gratitude in my grief. Enduring a pandemic as a citizen of the richest country in the world—as difficult as it is—is still filled with privilege. My kids get to continue school. My country's health care system is strong. My family has several safety nets in place if we continue to be jobless. Sure, it might not be our first choice—living with extended family, for example--but we won't starve. That is a privilege.

Grief is healthy, so I'm not trying to squelch it. My losses are real. But choosing to find gratitude alongside the grief keeps me from spiraling into self-pity or despair. I could question why so much has been taken from me. Or I could question why I have still been allowed so much. The contrast makes all the difference.

A version of this post was originally published on Amy’s blog, Everyone Needs a Little Grace in Their Lives.