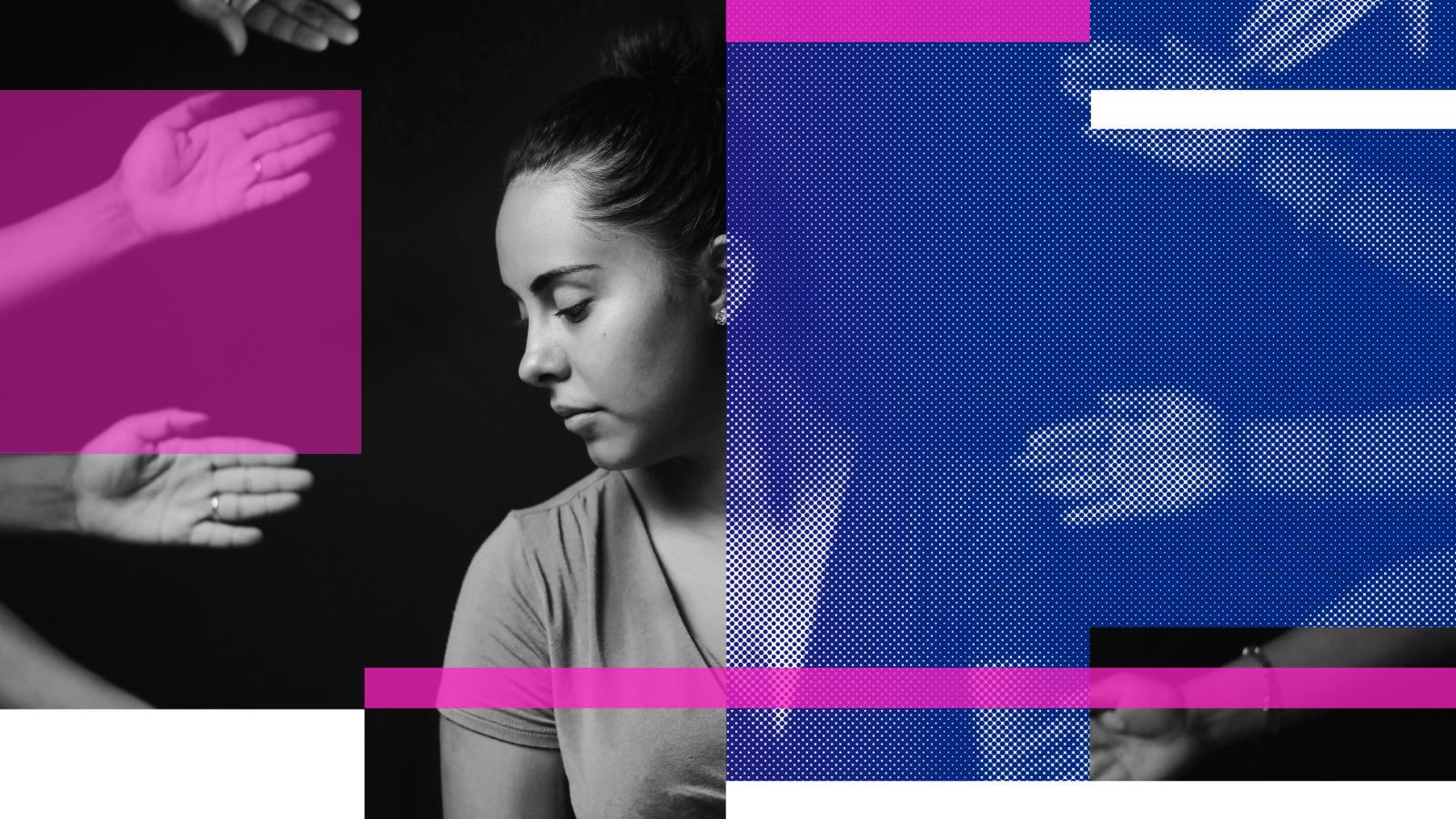 Are you with me too? That is the question I’m sensing as I read the latest social-media conversations around the hashtag #MeToo.

I’m deeply saddened by these status updates, where scores of women have courageously stepped forward to share their experiences of sexual harassment and assault. I’m also struck by the wide range of people involved—from the multitude of ages, races, professions and religious affiliations, to the degrees of proximity (whether the assault came from a celebrity, a mentor or a total stranger).

The #MeToo campaign was launched in 2007 by Tarana Burke as a conversation starter for people in underserved communities to share their experiences with sexual assault. It has now gone viral. After allegations of sexual assault by Hollywood mogul Harvey Weinstein emerged, actress Alyssa Milano used #MeToo to draw attention to the accusations, which led to Weinstein being fired from the movie production company he’d cofounded.

Having read post after post from both friends and strangers, my heart is breaking. There was one from a former mentee, who shared sobering details of her assault, and one from a friend who simply typed, “Metoo.” There was another from a former member of our EFCA church (Heart Change Fellowship, in Boston), and one from a stranger to me—a politician who just experienced harassment last week in the form of inappropriate catcalls.

#MeToo is forcing the Church to pay attention to the hurt of marginalized voices.
Tweet

Sexual assault may not be part of my personal story, but I identify with the pain of bravely speaking out, and that’s what I want to address.

I’m used to being part of a minority that desires to be a bridge-builder while being “the only one.” In many leadership roles, I’m the only woman at the table or the only black person or the only mom of a child with special needs or the only person of faith. I know what it’s like to wonder how to engage the mind of the majority, sometimes succeeding and other times feeling dismissed.

In recent months, the tensions on social media of #takeaknee, #Charlottesville and #MeToo—just to name a few—have exposed more voices who are courageously speaking out about personal and public injustices. These voices are forcing us, the Church, to pay attention to the hurt of marginalized voices and to consider their solutions to change the conversation.

Speaking out for my people

I’m approaching this as a strategic thinker, a systems builder and a policy maker while still being a wife, a mother, a church leader and a spokesperson for my people. When it’s #Charlottesville, “my people” are those college students needing recourse to safe places, because I work with college students in my day job. When it’s #takeaknee, my people are people of color. And now, with #MeToo, my people are women.

The frequency of sexual misconduct—from subtle comments and gestures to violent crimes—is disturbing. When it comes to rape, the statistics are alarming: According to the Rape, Abuse & Incest National Network, “one in six American women has been the victim of an attempted or completed rape.”

How do we, as the EFCA, engage redemptively in this conversation?
Tweet

Why is this pervasive pattern of sexual misconduct continuing to happen, even inside the Church? How do we talk about it differently in order to take action and see a seismic change? How do we allow some of the voices of those affected to shape and form our better practices moving forward?

And so I’m asking you, my fellow church leaders: How can we respond, support and uplift the voices of the brave within our midst? How do we, as the Evangelical Free Church of America, engage redemptively in this latest conversation?

I recognize that our denomination’s leaders are majority males, and in the wake of this #MeToo campaign, I’ve witnessed firsthand how that male culture has been shaken to the core. I’ve heard the sincerity in their voices and the sadness in their reflections. There’s not an indifference but an awareness, very much an alertness and a care and a concern.

But there also seems to be a bit of paralysis about what to do.

How do we include the voices of those most affected in how we resolve the issues closest to them?
Tweet

When you’re in the minority on any issue, you value others affirming your value by advocating with you. So I believe that if we’re in the majority on this issue, we start by affirming value, asking questions and actively listening.

That’s what I do in my role at Cambridge College, where I’m the senior officer overseeing sexual misconduct cases. That’s the role I play as a public-school board member and policy maker for K-12 students in my local community. And that’s how I’m the champion for inclusion within special education in my own child’s school.

I’m always asking how we can include the voices of those most affected in how we try to resolve the issues closest to them.

There is a great sense of urgency to do something.

Our own theological foundation provides biblical marching orders for this season. “We are to love others sacrificially—not conveniently,” we read in Evangelical Convictions, outlining Article 8 of the EFCA Statement of Faith—“not just when it suits us, when it fits easily into our schedule, when it doesn’t put us out, or when it doesn’t cost us anything. The world loves that way, loving only those who love them (cf. Matt. 5:46-47).

“But we have come to know the love of God, and we have seen the love of Christ. We are to love others sacrificially (cf. I John 4:8-10; also Eph. 5:25). And when we do, both individually and corporately, the world will take notice. . . .

“‘Therefore, as we have opportunity,’ Paul wrote, ‘let us do good to all people, especially to those who belong to the family of believers’” (Gal. 6:10, italics mine).

Dear leader: As a co-laborer in the faith, you do have opportunity. Half the church needs you to hear their voices and to listen, learn and share the leadership roles in solving this crisis of sexual misconduct together.

Unless you live under a rock with no interaction with a woman who touches your heart, you must do something.
Tweet

#MeToo is a righteous rage against indignity. Yet God is a God who created man and woman in His image, with great significance and dignity. “Because humans beings are the image of God, they ought also to be honored appropriately. One honors God by honoring His image” (Evangelical Convictions, Article 3).

There is so much at stake in getting this right within the Church, such as shaping the next generation of Christ followers and their moral character for generations to come. To be frank, unless you live under a rock with no interaction with a woman who touches your heart, you must do something. How?

Ask a woman you’re close to if she is willing to share any past instance of harassment or assault. Start with a family member. This conversation must take place without judgment of dress, food, beverage or location of the incident. Then, be prepared to listen, affirm her courage and feel her pain. Ask her what should be her next step, and support her voice. Being thoughtful with your family members will provide direction for your next steps publicly.

Share from the pulpit and in other leadership roles your willingness to go on a “listen and learn tour,” providing a forum where women can share stories. Assemble a team of women leaders to guide the process. Then be prepared to listen, affirm their courage and feel their pain. Ask them what should be the next step of the church to guide the discussion and action plan.

If a woman does entrust her story to you, be prepared to hold her pain well.
Tweet

These two suggestions will demonstrate care and support to those who need healing and advocacy.

But be prepared. Some may not feel safe to talk, so offer space without expectations. Various women have told me that if they do entrust their story to you, be prepared to hold their pain well. It’s a gracious gift to enter into another’s pain, yet it is likely to feel uncomfortable. Don’t let that keep you from engaging in these courageous conversations that will change your family culture and church culture for the better. This is not a quick fix but a continual process of engagement.

Our Christian faith is built on compassion and a strong imperative of the “one anothers” in Scriptures as we bear each other’s burdens. As several men told me, it can’t just be women coaching men to listen to women. Sustainable change will happen when men coach other men about how they view, value and talk about women and women's contributions.

Let’s unleash a wave of voices, empowering marginalized members in our movement to lead effective change from their experiences into our future. Today it’s #MeToo. Let’s not wait for a new hashtag to surface before we address this cultural epidemic.

Together, we will be a bolder, more courageous, emotionally and spiritually healthier body of Christ. Together we will say one day, it’s #MeWithYouToo.

Consider these resources for expanding your awareness: “10 Things Sexual Assault Victims Want You to Know,” by Karen Swallow Prior; “The Church and Its Response to Domestic and Sexual Violence,” by Ed Stetzer; and “I Believe You”: Three essays for a broken world (eBook).

Regina Robinson is co-founder of Heart Change Fellowship (EFCA) in Boston and serves on the EFCA Board of Directors. She is also dean of student affairs at Cambridge College. In December 2014, she was appointed by the mayor to the Boston School Committee, where she serves 57,000 public-school students. She and her husband, Jua, have four children, one with Down syndrome, which has propelled Regina’s decade-long work in disability advocacy.