How to Tell Stories That Honor God and His Children

Pursuing the call to ethical storytelling in missions and ministry 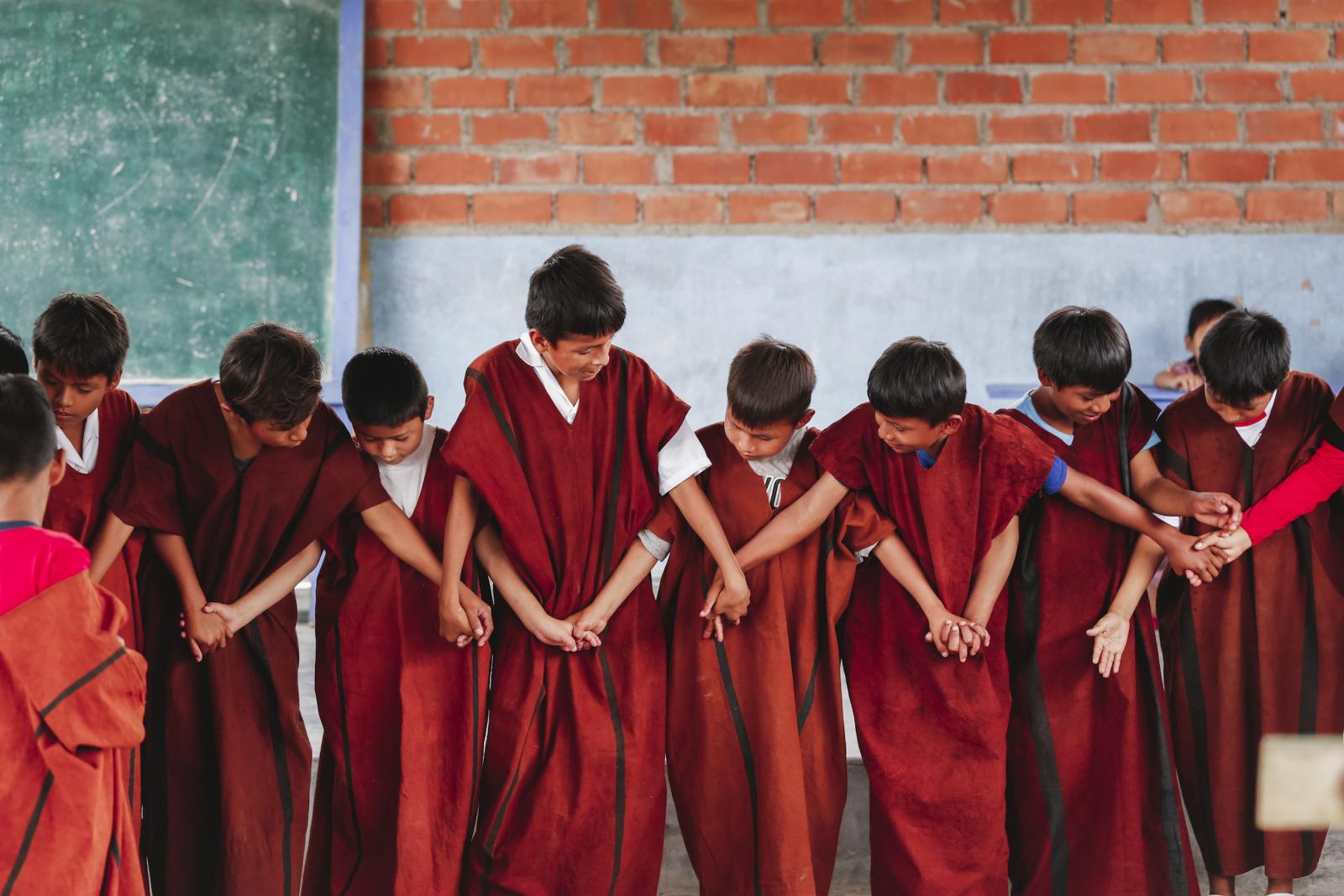 As a child, I spent hours poring over my mother’s stacks of National Geographic magazines. I was filled with the desire to go to all of those places: to see rickshaws in Southeast Asia and taste exotic food and meet indigenous tribes in the Sahara Desert and along the Amazon River. As I entered high school, not only did I want to go and see, but I also wanted to capture and tell.

My first experience overseas was as an 18-year-old on a six-month trip. The first three months were spent in an intensive Bible school, deep in the sheep-dotted hills of the New Zealand countryside.

The other three months were spent in northern Thailand working in a children’s home that was set up as a boarding school to prevent human trafficking. It was my first introduction to the concept, as “human trafficking” was not yet a commonly used or widely understood term in the United States.

In addition to teaching English and helping with construction projects, my group of 18- to 23-year-olds also helped by making a promotional video to be shown to potential partner churches. I remember vividly how we chose to play sad music and show the children’s dirty faces; our video painted a picture of desolation. At that time, I thought, “This must be the way to get funding: You have to make people feel bad. If we can get people to cry, then they will write bigger checks.”

Honestly, this emotionally manipulative approach is what I had grown up seeing on television—playing on the “guilt” culture that seems pervasive in America. If you get people to feel bad enough, they will act how we want them to. It’s how all the child sponsorship commercials of the 1990s worked and how the Humane Society got all of their dogs adopted. I assumed this was the way to tell the stories of people in need; every other charity and ministry seemed to be following this rather manipulative model.

A different way to tell stories

Fast-forward several years, to my life right in the middle of art school. I found myself working alongside an inner-city ministry in Denver on the first documentary project of my own.

The ministry was called the Denver Street School, a privately funded Christian alternative high school for kids from difficult backgrounds and in difficult circumstances. Many faced gangs, drugs, pregnancy or abusive homes. Many bounced around the foster care system, and many others had been in and out of prison before their 18th birthdays. The school offered these students a clean slate and a chance to complete their education and decide on a different future for themselves.

As I learned more about the ministry and met the teachers and administrators who acted far more like parents than mere educators, I was ready to help tell the stories of the Street School. I came in with the attitude I’d been programmed with: manipulate people’s emotions to get support. An emotional moment during Street School’s graduation ceremony, as teachers shared how proud they were of students’ hard work and dedication. Photo by the author.

But then I started to interview some of the students. These were young people who tried to present a tough exterior, but they were really just kids who badly needed to be loved. They had either had their dignity stripped away by force or had given it up by bad choices, and they were doing everything they could to start over. They called me just “Miss,” and they started to share their hearts with me. They told me how this school, their teachers and their classmates were more like family than many of their own families had ever been. They were learning what it looked like to love one another, to consider the needs of others, to persevere through difficult things and to overcome their pasts.

A moment of truth struck me as I listened to them. Something shifted within me, and I truly wanted to hear their hearts and their still fragile hopes and dreams. I realized that I wanted to celebrate the beauty of their lives with their stories. These young people were human beings, made in God’s image, and I wanted to tell their stories in a way that celebrated redemption rather than manipulated people to feel sorry for them.

“Ethical storytelling” has become a catchphrase in photojournalism in the past few years, especially in missions and non-profit organizations. For too long, our storytelling techniques were left unquestioned and unchecked. Photos, videos, articles and blog posts were often created to show the misery of the people without us and how grateful they were for our presence. A woman in Peru shared about her family and laughs as she says that she has so many grandchildren that she doesn’t even know the exact number. Photo by the author.

It is my current job to make short documentary films for our ReachGlobal missionaries in the Latin American region as well as a few other locations. Telling stories—through photos, interviews, words and moving pictures—is what consumes nearly all of my time. But telling them well—with honesty and with the proper motives—must be kept at the forefront of my mind at all times.

When I think about the stories that I am privileged to tell, I think through a series of questions that help guide me toward more God-honoring and people-honoring storytelling.

Honoring God’s image in other people

Along with these guiding questions, I’ve found that taking simple steps in storytelling can go a long way to honor God’s image in His children.

For example, how do I feel when someone walks up and takes my photo without asking my permission? Not great. I feel annoyed or like I’ve become a spectacle. I shouldn’t think that anyone else, regardless of their background or situation, would feel differently. The simple act of asking permission to take a photo or share a story is huge. Dignify people with this kind of gentle respect. Sit and listen to someone’s heart after taking their photo. In this way, we can demonstrate the love of Christ. A young boy looks on as his parents, neighbors and members of a sister church in Costa Rica help rebuild his house after it was destroyed by flooding last fall. His family had been camping out under a tarp for a few weeks. Photo by the author.

Whether you’re in the missions field like me or whether you volunteer at a community ministry through your church, these God-honoring approaches to storytelling can have a profound effect on our witness. So whether you’re putting together a slideshow for a worship service, compiling the church newsletter or writing captions for your Instagram photos, I’d encourage us all to think through these questions.

In a world saturated with “fake news,” photoshopped images and stories that prop up egos and celebrity, the children of God need to rise to a far higher standard. Joy is a far greater motivation than guilt. Telling stories with joy, truth and love is far more effective and an exceedingly beautiful witness of the freedom offered to us in Christ.

Psalm 107:2 joyfully declares, “Let the redeemed of the Lord tell their story!” There is wonderful power and beauty in sharing what we see and in testifying to what God is doing among the people He is redeeming. As children of God, lovingly adopted and accepted into a family by our Abba Father, we ought to consider others in this light before we speak about them. Our stories are all intertwined and all part of His story. The overarching theme of that story is of His love for all of His creation.

Lead image caption: Indigenous school children in the Peruvian jungle prepare to perform traditional songs and dances for a visiting mission team from the United States. Photo by the author.

Kathryn Bronn is the communications coordinator for ReachGlobal Latin America/Caribbean. She uses photography, short films, blogging and mixed media/painting to tell the stories of God’s Kingdom wherever she goes. When not traveling, she currently makes her home in Costa Rica. You can find her at kathrynbronnblog.com or @kathrynbronn on Instagram.