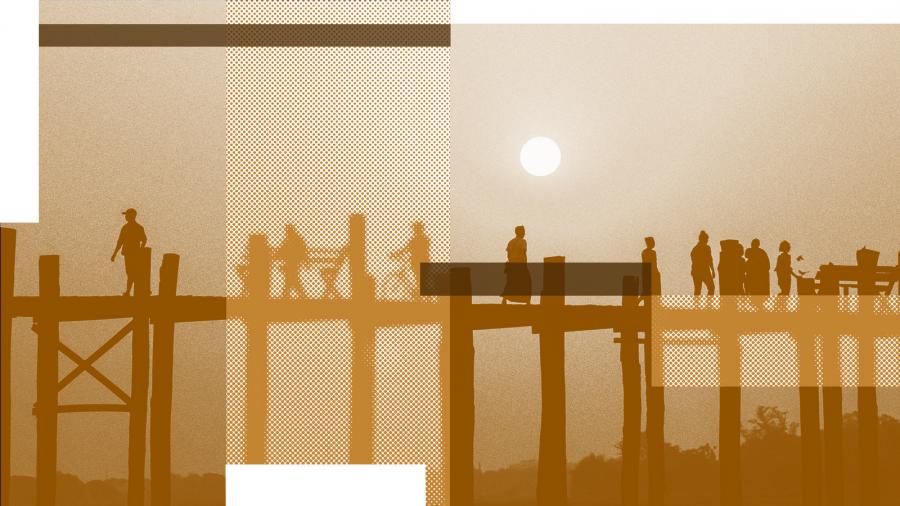 The Lord Who Holds Our Tomorrow

A look inside the local church's struggle in southeast Asia

Right now, Myanmar is in crisis. A southeast Asian country once cut off from the world, Myanmar, also known as Burma, was on the cusp of democratic reformation, but recently fell back into despotic military control, resulting in an increase in arrests and deaths. The local free church is caught in the middle, struggling to survive.

Since 2007, ReachGlobal staff have developed informal partnerships with ministries in several parts of the country. While most of the direct contact has been among an ethnic minority group, ReachGlobal resources have provided leadership training, pastoral coaching, crisis relief, care for vulnerable children, women’s retreats and hands-on encouragement to key pastors and leaders who are reaching out to many different ethnic groups including the majority Burmese population.

Here is an inside look into the Myanmar crisis and how the local church needs your help.

A land of opportunity

As a ReachGlobal worker, I had the privilege to visit the country and its people on several occasions. In 2014, I visited seven churches in rural areas with one of my teammates. Hosted by the president of a Myanmar denomination, we were given amazing, joyful receptions at each stop.

But the pandemic is not the only crisis, nor even perhaps the most critical crisis, that has affected all who live in Myanmar.
Tweet

In one remote location, we were the first foreigners to visit in nearly 60 years. In another, an older lady asked why we had come. When we said the Lord sent us to remind her and the others gathered that He loved them deeply and He wanted them to know that Christians in other parts of the world were praying for them, tears began to stream down her cheeks. We both recognized this as a gracious and divine appointment.

ReachGlobal investment in Myanmar has truly been a team effort. Initiated by members of the Asia Division, much of the ongoing ministry has come through Global Equipping staff who have offered training events and coaching support in the areas of church multiplication and leadership development. In January of 2020, we were especially excited to launch Pathways training for pastors, developing their skill to teach the Word of God. With limited opportunity to learn how to teach effectively, pastors in Myanmar were (and are) eager to preach the Scriptures to their people with greater clarity and breadth.

Poverty, both physical and spiritual, has an especially damaging effect on children. Myanmar ranks among the poorer countries of the world in both areas. Church planters looking for a way to care for children in their neighborhoods found GlobalFingerprints to be a very effective tool that made significant differences. Launched in a large, urban region several years ago, there are currently about 200 children sponsored by American Christians and served by local Christians in Myanmar.

Sadly, ReachGlobal staff have not visited Myanmar in person since March 2020 due to the pandemic. Still, technology has enabled ongoing relationship and support throughout this difficult season. As is true all around the world, COVID-19 has affected the ability of people to gather for worship: churches and schools have been closed in most parts of the country for over a year. It has been a challenging, faith-stretching time for Christian leaders and their congregations.

A difficult situation gets more treacherous

But the pandemic is not the only crisis, nor even perhaps the most critical crisis, that has affected all who live in Myanmar.

In November of 2020, Myanmar had its most democratic and open election ever. For a brief moment, it seemed like the country might anticipate even greater change for good—but this proved to be too large a threat to the military, whose power was diminishing. On February 1, 2021, the military initiated a coup, declaring the election corrupt. Generals seized power, began an ongoing string of arrests and persecution of political leaders and created mass panic in the country.

But now...the virus is beginning to spread and deaths are resurging in some regions.
Tweet

For the people of Myanmar, the not-so-distant memory of life under the generals was too painful to accept as their future. For weeks, millions poured into the streets of cities and towns all across the country. Many refused to work, including professionals and government employees. Media was censured, all messaging controlled by the military. As of mid-June, about 5,000 people have been arrested and nearly 800 have been killed.

Thousands have fled across borders for fear of their lives. Many of those arrested are experiencing torture and being judged in mock trials resulting in lengthy sentences in horrific prisons.

While our ability to physically come alongside our brothers and sisters has been temporarily stopped, our relationship and support continues. GlobalFingerprints kids and families are being watched over by their caregivers, bringing food, other needed supplies and lots of reminders of God’s love and care.

The concern of Christians in the U.S. has prompted generous giving, which helps pastors and local missionaries whose incomes have been dramatically reduced. Those of us who have personal relationships with families in Myanmar are finding prayer essential as we hear stories of them having to flee their homes, sometimes for days and weeks, due to fighting in their neighborhoods. In one small town where we often hold trainings, there have been dozens of people killed in the streets.

Nighttime is especially fearful as police and military pound on doors to make arrests. One pastor recently wrote:

“Just now we heard bombs and guns. Since we hear every night, we are used to it a bit. Pray for our pastor and members. There is a heavy battle. They fled to the forest this morning for safety. Myanmar’s future is so blurred. We trust in the Lord who holds our tomorrow.”

An added burden is the spread of COVID-19. Myanmar hadn’t reported many deaths in the early months of the pandemic and vaccinations were just beginning prior to the coup. But now, with most medical personnel not working and vaccination programs halted, the virus is beginning to spread and deaths are resurging in some regions.

The president of a Myanmar denomination implores: “We need urgent prayers for (our region). The COVID-19 spread is terrible. Within a week, about 20 people died. Hundreds got the virus, including our church members. There is no hospital, no reliable leadership, no restriction of people movement. Some volunteers are caring for the patients in one center. Most doctors and medical workers joined the Civil Disobedience Movement. We closed our office. Please continue to pray for us.”

Only our Father knows what lies ahead for Myanmar. Today the immediate future looks bleak, yet we also know that God has an amazing way of taking bleak and making something beautiful. These are painful, isolating, fear-inducing days and nights. We continue to pray for courage for our Christian brothers and sisters, as they have many new opportunities to offer the eternal hope of the gospel to those around them.

If you would like to have a part in caring for the Body of Christ in Myanmar, there are several things you can do: