Missionaries in a Familiar Land

Finding new ways to see gospel impact in our communities 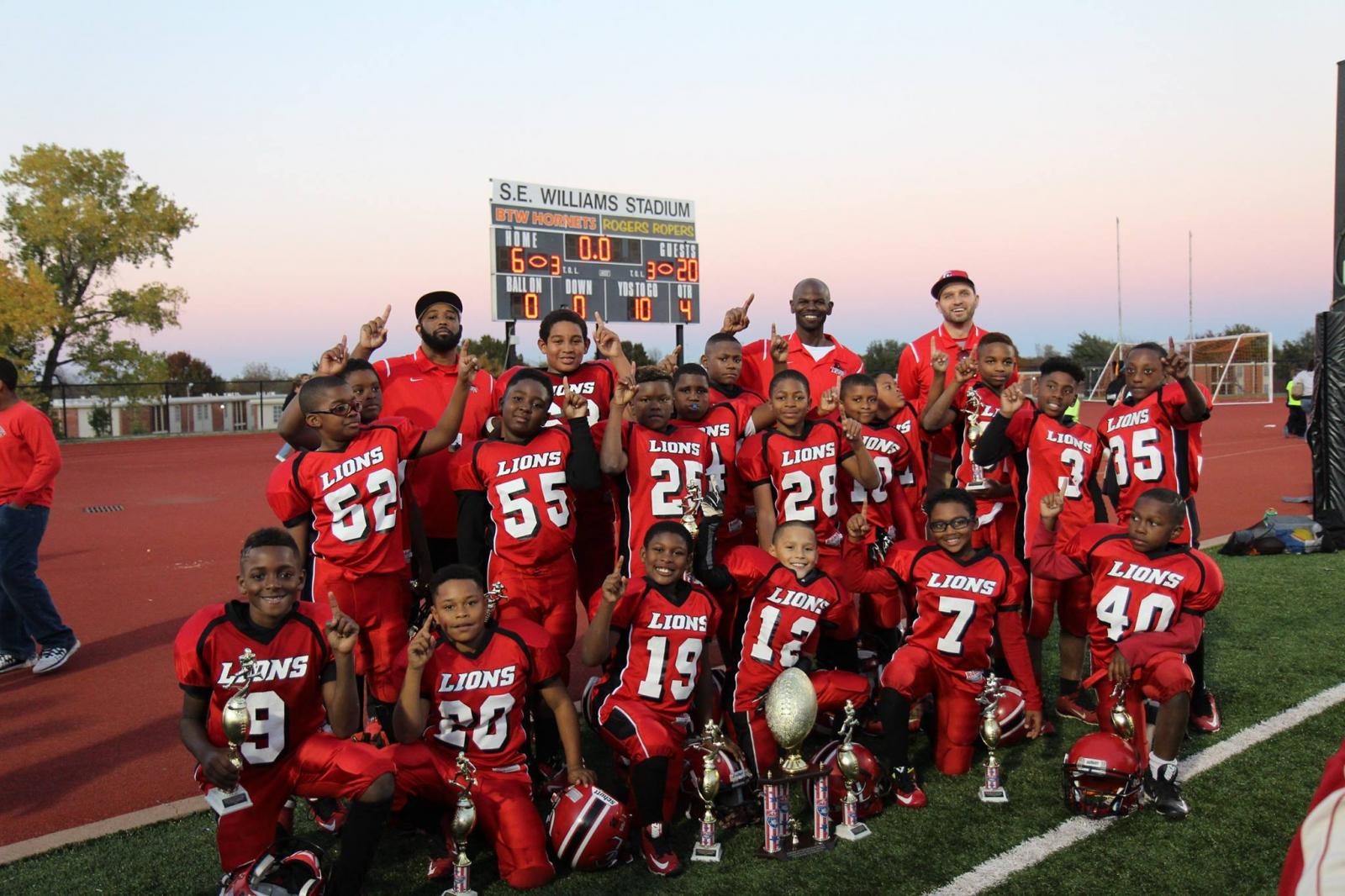 “If your church closed its doors today—never to open them again—would anyone in your community notice?”

That question was posed to my husband, Philip, and I as we were leaving seminary, getting ready to head back to north Tulsa, Oklahoma, to plant a solid, Bible-teaching church. Reaching the surrounding community had always been a part of our plans in starting a church, but that question stuck with us—and honestly, it played a large part in shaping the future mission and focus of our church, Crossover Bible Church (CBC). I often think in songs, so let me use two particularly impactful songs in my life to illustrate this road to becoming a “community-focused church.” The first is called, “Where God Placed You,” by Flame. Here’s a bit of the chorus:

"He placed me right here
(Do you think about your place on the map)
(Some born in the suburbs, some in the trap)
He placed you right there."

The next illustration comes from verse 2 of “Send Me” by Lecrae:

"We claim we ain't ashamed
But we still ain't hit the block up
We in our Christian bubble
While our brotha's get'n locked up
Lord I wanna stock up
Pack a bag and walk up
In a country where sharin' my
Faith may get me shot up
Anywhere I go, whether my city, Lord, or far abroad
I just wanna show ‘em Jesus Christ the risen, holy God."

To me, these two songs have different, but overlapping messages. One talks about recognizing and looking around where you are, while the other talks about being willing to break out of our Christian bubble, pack a bag and travel to a different country. Both of these songs, though, hit deep when I think of the work to which God has called our family in north Tulsa.

Flame’s song is about the significance of where God has placed you—about asking the question of why God has you in a certain time, place and space. Philip and I aren’t from north Tulsa, but we’re from similar communities. I’m from Kansas City, and my honey of 17 years is from Stillwater, Oklahoma. We grew up pretty differently, but the consistencies between our experiences, interestingly enough, also lined up with our situation in north Tulsa.

We didn’t travel overseas after returning from seminary, but that didn’t stop us from being missionaries.
Tweet

In “Send Me,” Lecrae emphasizes the need for Christ-followers to have a willingness to go wherever God may lead you— “whether my city, Lord, or far abroad.” It’s not necessarily about moving across the country, but it is about following God’s call and being ready to intentionally bring the gospel to other people. Just like any other missionary, Philip and I were indeed called to north Tulsa, and we’ve had the opportunity to live our lives in this place with the hope of using whatever we have at our disposal to point people to the Lord.

He’s called us here, yes, but He’s also called us here to live on mission in the north Tulsa community—our community. We didn’t travel overseas after returning from seminary, but that didn’t stop us from being missionaries. It just redefines what “being a missionary” means. The author and her husband, Philip, walking in north Tulsa.

At my church growing up, the missionaries wore white and told us about their trips to Africa, but I see missionaries in our under-resourced community who don’t wear white and still have story after story about the ways God has used them to love on people in our community for the sake of the gospel. We’re not international missionaries—we’re urban missionaries, right here in north Tulsa.

Maybe people wouldn’t see football as a “typical” opportunity to point people to the Lord, but we did and still do today. As a matter of fact, it was through playing Division I football at the University of Tulsa that God began to have an impact on my husband Philip’s life.

Through football, God exposed Philip to a lot of people in college who knew about Him but didn’t know Him—much like Philip and I were growing up, even with our consistent church attendance and my private school education. Through football, we met our eventual ministry partners. Through football, several years later, God opened the door for CBC to play a significant role in His work to revitalize the north Tulsa community. It started as a volunteer opportunity—a simple, tangible way for Philip to serve our community through youth sports. The community center in north Tulsa (also our church’s home building) had a third-grade football team that needed a couple of coaches, so Philip and another one of our pastors volunteered to help. Coaching football led to teaching the boys about character at practice and providing help outside of school. This investment with the boys led to relationships with their families. And, after a few months, Philip was able to have conversations with community members as “Coach Philip” that he never had as “Pastor Philip.”

You can watch the full story in the video below, but out of those organic relationships that arose as people gave us access to their lives and became enveloped in ours, came a nonprofit, Crossover Community Impact, CBC’s outreach arm into the north Tulsa community. Everyone at CBC who moved into or remained in our community became “urban missionaries” along with us, using their skills and passions to address real needs with the grace and power of the gospel. All of these efforts in the community are for the sake of seeing this community transformed by the power of the gospel. Every step of the way, we are building relationships while simultaneously developing the community.

A framework for Christian community development

About the time Philip began coaching football in 2008, we learned about Christian Community Development (CCD), pioneered by Dr. John Perkins. This philosophy of ministry fuses missional living with community development, such that we are growing in becoming a “community-focused church,” focused on creative long-term solutions to the emotional, physical, economic, social and spiritual desires of the north Tulsa community.

Living out the gospel means desiring for one’s neighbor and neighbor’s family that which one desires for one’s self and family.
Tweet

Practically, we operate by the 3 R’s of Christian Community Development (three of eight core components of the CCD philosophy).

The first component is relocation—living among the people. From the Christian Community Development Association (CCDA) website:

As Jesus “became flesh and dwelt among us,” we require all our full-time staff to live in north Tulsa, and we ask our members to consider moving to (or staying in) the community to build relationships and make disciples. Relocation is about changing the conversation—from “you, them and theirs” to “we, us and ours.” It gives those involved a personal stake in the ministry work, where we are loving our neighbors as we love ourselves, because we all live in the same community. Through relocation, the community’s problems become our problems as well.

We’re asking the question, “What does this community need, and who in our church has God already blessed with the ability to do that?”
Tweet

Reconciliation breaks down into two key relationships: people-to-God and people-to-people. People-to-God reconciliation focuses on bringing the holistic gospel of Christ to people and seeing God transform them in a disciplemaking church family. People-to-people reconciliation is about strengthening and affirming the gospel message by breaking down racial, ethnic and economic barriers and “bringing people of all races and cultures into one worshipping body of Christ.” Through God’s work, we see this reconciliation among racial and socioeconomic classes in north Tulsa. Perhaps the most beautiful and clear representation of this is the thriving, multiethnic congregation God has raised up in our church, which today is 55 percent white and 45 percent black.

The third core concept brings us back to our roots as a community-focused church—back to the University of Tulsa football field. Redistribution, or a “just distribution of resources,” is the result of relocation and reconciliation:

"Redistribution brings new skills, new relationships, and new resources and puts them to work to empower the residents of a given community of need to bring about healthy transformation. This is redistribution. Christian Community Development ministries harness the commitment of the community to find creative avenues to develop jobs, schools, health centers, home ownership opportunities and other enterprises of long-term development" (CCDA website).

We are equipping people to be disciples who make disciples through using whatever skill, talent, education, experience, hobby or passion God has given them to point people to the Lord. We’re asking the question, “What does this community need, and who in our church has God already blessed with the ability to do that?” One of Crossover's members and basketball coaches praying over the team before a game.

For the sake of our community, we’re equipping football players to minister on the football field, nurses to make disciples through healthcare and construction workers to build houses for Jesus. Together, these 3 R’s create an opportunity for our church to be more than a church—to be a movement—and address real needs around us with the grace and power of the gospel.

We didn’t start something new in north Tulsa; we just jumped in on what God was already doing in our community. The Church matters, but the Church is a people—we have to be willing to step outside of the four walls of our buildings.

If He can use us here, He can use anyone wherever He has called them.
Tweet

Our desire is for everyone to see themselves on mission, exactly where God placed them. Anyone can be used by God to bring people to Himself if they seek first His kingdom and His righteousness. Much like the ragtag group of disciples who set the world ablaze, we are not special, and yet God chose us to make an impact in this community. If He can use us here, He can use anyone wherever He has called them.

Absolutely, it will look different in a middle-class suburb or a rural small town, but there is brokenness everywhere, and Jesus wants us to step into meeting those needs, so that we can help people all across the country meet their greatest need of knowing and loving God. His grace is sufficient. Truly, nothing is impossible with Him!

God placed us right here, in north Tulsa, and gave us a vision of seeing our community transformed and revitalized through the power of Jesus Christ. Where has he placed you? Has He called you to be an urban (or suburban or rural) missionary to the community around you?

Rondalyn Abode serves as the director of development at Crossover Community Impact—a nonprofit that started out of Crossover Bible Church (CBC) and currently runs an all-boys school, sports program, medical clinic and other programs in north Tulsa, Oklahoma. Her husband, Philip, serves as the lead pastor at CBC. Both Rondalyn and Philip have a passion for Christian Community Development and have helped implement a vision to make CBC a “community-focused church.” The Abodes live in north Tulsa and have two children, Temple and Priest.