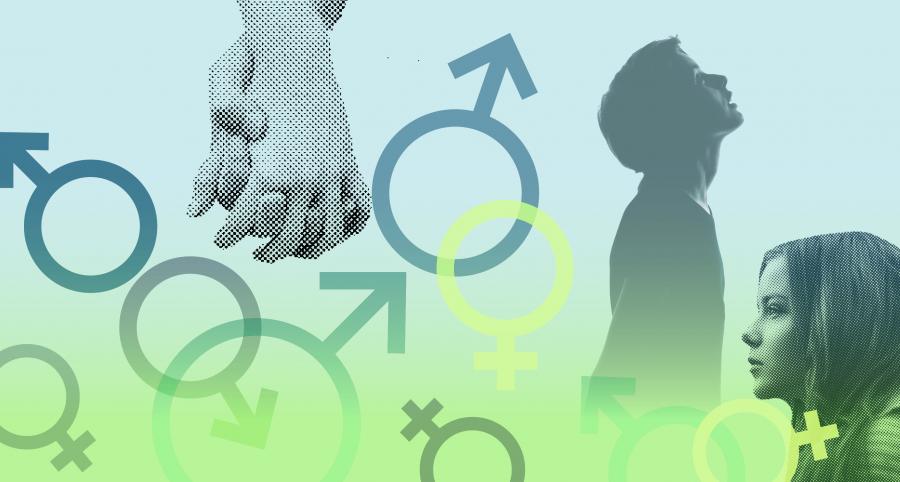 Our Youth Are Swimming in a Sexually Fluid Culture

The lights dimmed in the old auditorium. The audience quieted. Only the crunching of popcorn could be heard. We had gathered that evening for a film festival of sorts that featured 12 Public Service Announcement videos our daughter’s language arts class had created.

The topics varied from drinking and driving to global warming. But what surprised me most was that out of the 12 videos, three focused on how to think about, treat and celebrate gay or transgender peers.

The students featured in them were passionate, articulate and at times witty. They were also only in sixth grade.

Generation Z is used to talking about sexuality at young ages. And they are strong supporters of gay marriage and transgender rights, because their highest value is that of individual freedom. You can’t put anyone in a box if there is no box.

As a result, inclusivity is everything to them. So they are predisposed to be judgmental, defensive and even closed off to anything that sounds, looks or smells like exclusivity. For many in Generation Z, to accept someone is also to affirm the person’s ideology, lifestyle and behavior not only as true for them but worthy of celebration.

The problem, of course, is that to elevate every idea as worthy of affirmation—to be celebrated as true—is to commit intellectual suicide.

The way we interact about cultural and social issues is as important as the depth of our theological moorings.
Tweet

Where have young people picked up these cultural values? According to Walt Mueller, founder of the Center for Parent/Youth Understanding, media is both a mirror and a map. As a mirror, media reflects and affirms values and beliefs we already hold. By doing so, it reinforces our beliefs and values. But more often for young people, media functions as a map, showing them what to become, what to value and what is normal.

So, what has Gen Z seen in the media throughout their most formative years?

This is the soup our kids have been swimming in since their earliest days—an increasing sexual fluidity that refuses either the homosexual or heterosexual label, because such labels feel repressive.

How as the church ought we to engage this young generation?

As parents and pastors, you are in a place of authority; but you don’t have to be an expert on every cultural issue. It’s OK to admit that while there are many things we can know clearly, other things are cloudy. I appreciate the words of a gay-identified psychiatrist who, when asked about gender confusion, responded, “The truth is we actually don’t know what it is. Is it a mental disorder or does the cause of gender dysphoria lie somewhere else?”5

We must first ground ourselves, our people and our children in biblical convictions that flow from our commitment to God and to His Word. Two good places to start are “A Church Statement on Human Sexuality”6 and “Biblical Sexuality and the Covenant of Marriage,”7—both created by the EFCA Spiritual Heritage Committee.

While some things may be cloudy, from a biblical perspective, other things are quite clear. To name a few:

The way we talk and interact about these cultural and social issues is as important as the depth of our theological moorings. Several years ago, I realized that I was more full of truth than I was of grace. Listening to Wesley Hill’s personal story, which he shares in his book Washed and Waiting, stirred fresh compassion in my heart. Wesley helped me to see beyond an issue to a person. What good is it if we “understand all mysteries and all knowledge . . . but have not love” (1 Corinthians 13:2, English Standard Version)?

When I was growing up, parents used to talk about having “the talk.” The idea was that just as a child hit puberty, his or her parent should sit down and talk about sex. I’m not sure it was effective then, but having a single talk with our children about sexuality in today’s culture is like bringing a single cup of water to a raging house fire.

You can’t put anyone in a box if there is no box.
Tweet

Starting as young as possible, we need to cast a strong biblical vision for marriage and the value of being male and female. In age-appropriate ways, we must help parents talk about sexuality both reactively and proactively.8

When Generation Z thinks of what the church has to bring to this conversation, they only hear a resounding “No!” This “no” is interpreted as more than forbidding a certain behavior but as also denying identity, intimacy, community, family and status.

Gen Z needs us to be a faithful community that brings a powerful and meaningful “Yes!” For in the gospel we find that Christ’s life, death and resurrection provides a resounding “yes” to a renewed identity (2 Corinthians 5:17), real intimacy (Proverbs 18:24), an expanded family (Matthew 12:48), a status that transcends any title this world can give (Ephesians 2:6) and a living hope (Romans 8:23-25).

Learn more about the ministry of EFCA ReachStudents.

Start at the beginning to read parts one, two and three of this series.

1“Laverne Cox Is the First Transgender Person Nominated for an Emmy—She Explains Why That Matters,” by Aleksandra Gjorgievska and Lily Rothman, July 10, 2014, Time.
2“Here’s a List of 58 Gender Options for Facebook Users,” by Russell Goldman, Feb. 13, 2014, ABC News. The author notes, “The social media giant said it would not be releasing a comprehensive list.”
3"Facebook’s 71 gender options comes to UK users,” by Rhiannon Williams, June 27, 2014, The Telegraph.
4“More than 26 million people have changed their Facebook picture to a rainbow flag. Here’s why that matters.” By Caitlin Dewey, June 29, 2015, The Washington Post.
5“What ‘transgender’ means, and how society views it,” by Sharon Jayson, Sept. 5, 2013, USA Today.
6“A Church Statement on Human Sexuality: Homosexuality and same-sex ‘marriage,’” May 2013, EFCA Spiritual Heritage Committee.
7“Biblical Sexuality and the Covenant of Marriage,” approved by the 2017 EFCA One conference.
8 There are a growing number of resources available for initiating age-appropriate conversations about sexuality, such as: "Equipping Parents to Respond to Gender-Confusing Messages in Schools" and "How to Talk to Your Children About Homosexuality," both from Focus on the Family; "Gender Confusion and Sexual Identity" (for teens), from Axis Virtual Training; and Sexual Integrity Initiative, from the Center of Parent and Youth Understanding.