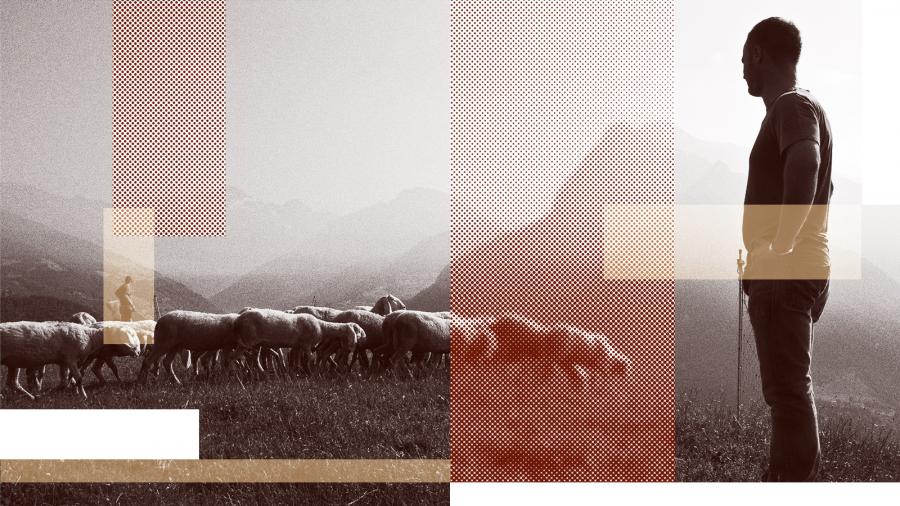 Serve the Pastor, Serve the Church

The only way forward is making sure the shepherd is served

For over four decades, we sought to serve the Lord by caring for our local church. In those 42 years, we experienced the good, the bad and the ugly. Even though most of our days in ministry were stimulating, there were times when things went off the tracks, and we wondered if we were still effectively leading our people. Those who have served in ministry know this to be true.

As we reflect on ministry in 2020, things didn’t just go off the tracks; the train went airborne. The challenges for pastors and ministry leaders are unrelenting, and your pastor needs support from the congregation.

Even though lead pastors are hired to serve their congregation, remember that you, as a member of a congregation, have an opportunity to serve your pastor and their family as well.
Tweet

We’ve experienced this kind of loving support. Early on in our ministry, Suzi was kept busy with all the duties of being a pastor’s wife. She taught a Sunday school class. She met regularly with other women in the church. She led and taught a Bible study. She frequently went on women’s retreats to speak. She did all of this while also raising our young children.

The wife of a board member at our church fought hard for Suzi to be a wife and mom first. She wanted Suzi to have the freedom to say no when it was the best thing for our family’s well-being. This encouragement was overwhelmingly meaningful to our family, as we navigated the difficulties of life in full-time pastoral ministry.

Encouragement for the whole family

Even though lead pastors are hired to serve their congregation, remember that you, as a member of a congregation, have an opportunity to serve your pastor and their family as well. Begin by realizing they are just that: a family. They are really no different than any other family or individual in your church. They may have a different rhythm than you (your pastor's week builds up to the weekend and doesn't end until sometime on Sunday!), but they are still a normal family.

Bringing encouragement can take many forms, but sometimes it is the simple expressions that mean the most. They don’t have to cost a lot of money or involve lots of planning.

The cost of encouragement

One particularly rough patch in our family happened while Suzi was recovering from breast cancer. Our daughter was angry with God, disappointed in her own life, and wanted to break free from the restraints of being the daughter of a pastor. It seemed as if we were living in an alternate universe.

How did our congregation respond? Some were unsure of what to do or say, while some gave unsolicited advice because they felt unsettled by our wayward daughter.

There are some burdens that you cannot lift or alleviate; they go with the job.
Tweet

Many, however, prayed with us, cried with us, and rejoiced with us when our prodigal daughter came home. We discovered that encouragement is like a sumptuous meal set before someone dying of hunger. Encouragement is easy to give. It costs nothing, but it is often worth more than a pay raise.

Remember that the struggles you face—worry over your kids, concerns over physical and mental health issues, and matters related to finances—visit your pastor’s family too. There are some burdens that you cannot lift or alleviate; they go with the job. But always be interceding for your pastor and his family; especially that they would learn to rely on God’s strength, not their own.

Through the years, Suzi and I knew some folks that faithfully prayed for us. When incredibly problematic situations came up, we knew they were carefully taking our needs before the Father. There’s an old adage that says, “Don’t bite the hand that feeds you.” The pastor is the hand that spiritually feeds the congregation. Remember that the person standing in the pulpit week after week has been called by God to shepherd the congregation: the shepherd needs to be served, too.

When Suzi and I transitioned from our years of pastoral ministry, we still believed we had more to offer. We knew we wanted to pour into the lives of pastors, their spouses and families. We knew the immense importance of pastoral care and how neglected it often is.

After prayer and conversation with some trusted friends, Tandem Spirituality was born. This organization exists to help Christian leaders focus on their spiritual health and well-being. We seek to come alongside leaders, to listen and speak into their lives. We believe churches are only as healthy as their leaders. In our work, we have seen the correlation between pastor care and the longevity of their ministry. If a pastor is seen, heard, valued and supported, this leads to healthier congregations, healthier families, and healthier congregants.

When we were beginning our ministry, the woman who told Suzi that she needed to take time for herself—that was invaluable care for our family. It helped us feel loved and supported by the people we were serving, and made our family healthier. In turn, we were able to pour into that congregation in a more meaningful way. Similarly, when our daughter was in a difficult place, the congregants who embraced the season we were in through prayer, tears and celebration ministered to us deeply, and it gave us the encouragement we needed to keep following the Lord’s calling for our lives. During this month of Pastor Appreciation, let us not hesitate to care for our pastors, even if it’s in small, simple ways. Pastors are people, too

Jim Kallam served on staff at Church at Charlotte (now called New City Church, EFCA) for 42 years, 37 as the senior pastor. Out of the heart’s desires and their gifting, Jim and Suzi Kallam formed Tandem Spirituality as a response to the many unique needs facing church leadership. Their desire is to support the local church both nationally and globally. They have been married for 44 years and have three married daughters and eight incredible grandkids. They live in Charlotte, NC.

Out of the heart’s desires and their gifting, Jim and Suzi Kallam formed Tandem Spirituality as a response to the many unique needs facing church leadership. Their desire is to support the local church both nationally and globally. They have been married for 44 years and have three married daughters and eight incredible grandkids. They live in Charlotte, NC.