The Hammer and the Pulpit

Pursuing bivocational ministry wherever the Lord has placed you 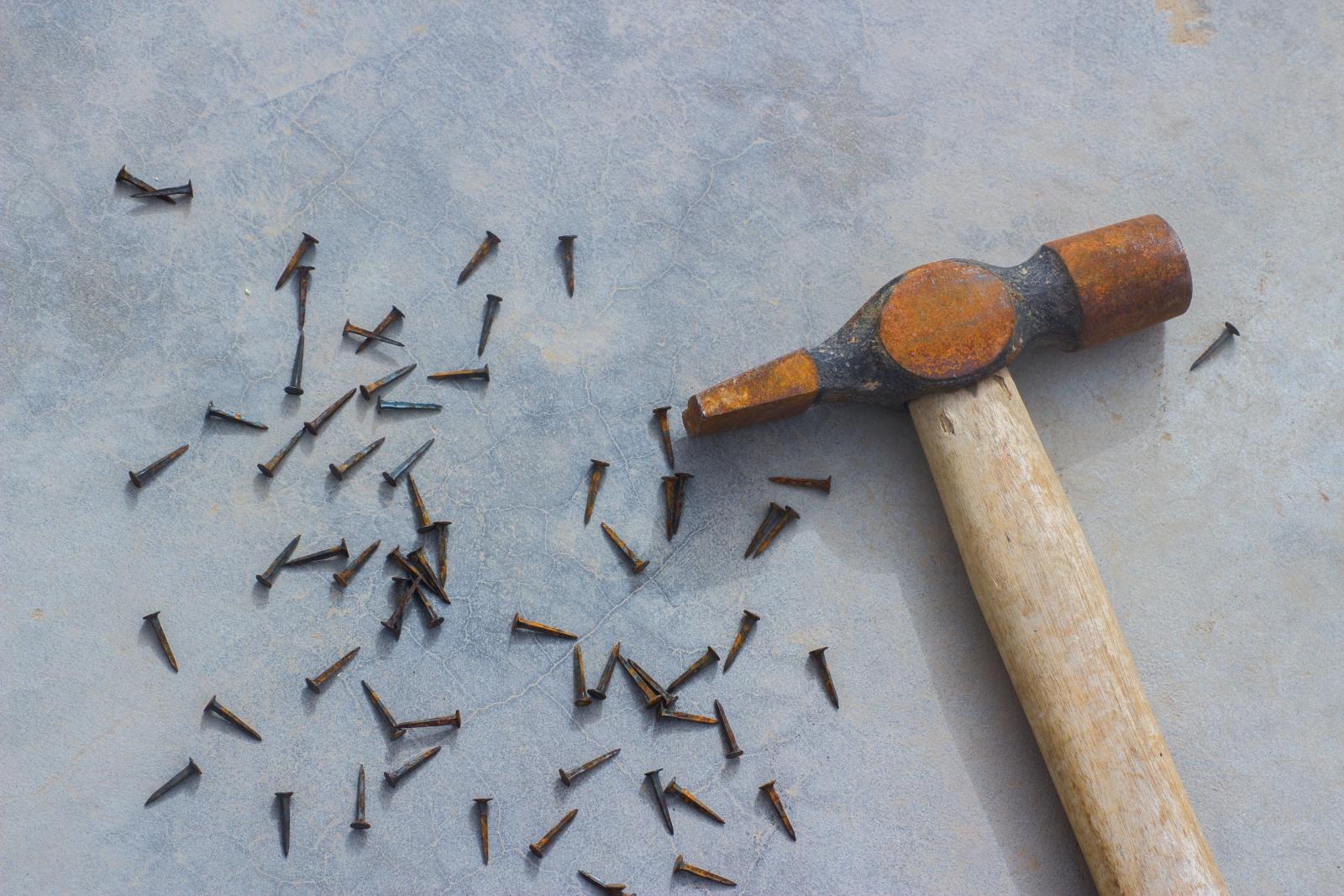 “Barry, we need a building.”

A pastor from Cody, Wyoming, turned to me. We were in a GATEWAY class, and he told me that his church had been meeting for five years in a community center. They were bursting at the seams and felt called to a more permanent home for their church family.

He addressed me because he knew about my background in construction. By the time I was 50, I had built six churches and more than 1,500 custom homes.

But when I turned 50, my wife, Karla, and I heard the Lord’s call to full-time missions. I hung up my hammer and ended up in Mexico with EFCA ReachGlobal. While we ministered in Mexico City, however, I hadn’t forgotten my roots in carpentry. Building on the Spanish I had learned from my career in construction, we submerged ourselves in Mexican culture and learned conversational Spanish as rapidly as we could.

Bivocational ministry is a holistic, natural return to ministry that serves the whole body, mind and spirit.
Tweet

The experience taught us how hard life can be when you are a sojourner or a foreigner in a land that is not your own. We built both relationships and buildings with our neighbors and community members, and when it came to build a water plant, remodel a structure, construct a church or renovate an orphanage for girls, I learned that I could demonstrate the holistic nature of the gospel through carpentry and through our commitment to the community.

Bivocational ministry is a holistic, natural return to ministry that serves the whole body, mind and spirit. I find 1 Corinthians 9:7 instructive as I think about “bivo.” The Apostle Paul writes, “Who serves as a soldier at his own expense? Who plants a vineyard and does not eat its grapes? Who tends a flock and does not drink the milk?”

Simply, we practice ministry in the world because it expands the kingdom of God. Bivocational ministry does not replace the traditional church; rather, it is a missional extension of the church, reaching out with the gospel into schools, offices, neighborhoods and communities.

After serving for nine years in Mexico, I realized God wanted me to use the talents and skills He gave me to build up and edify the local church back home. Alejandro Mandes, executive director of All People ministries for the EFCA, guided our return to the United States, and together we chose San Antonio, Texas, as our new home base. As I sought direction from God, I felt called to become a consultant and developer for churches in need of a guide through the construction process.

From blueprint to reality

San Antonio is one of the fastest-growing cities in the United States, rapidly approaching a population of 1.5 million. There are simply not enough churches to meet the growing influx of diverse groups of people, especially in the burgeoning suburbs.

In this context, I feel called to serve as both a missionary to and for church planters and as a licensed bivocational pastor in the EFCA. Drawing on my background, it seemed only natural that I could use my skills to help walk churches through the construction process.

I am brought before a group of believers with a vision, but how does that vision go from a mere sketch to concrete, steel and glass?
Tweet

I worked for five years at Brown Church Development Group and helped execute the plan on blueprints and ensure that budget and time constraints were met on every project. I served as a liaison between the church and the company and worked every day on the project site itself. This meant that Karla and I would actually move into the community and live among them for the duration of the construction process. Wherever I went, I was motivated to go and learn about the need and then discover how I could help and see the project through to completion.

“The man said to me, ‘Son of man, look carefully and listen closely and pay attention to everything I am going to show you, for that is why you have been brought here.’” — Ezekiel 40:4

I think of this passage from Ezekiel when I first have a conversation with a pastor or a building committee. I am brought before a group of believers with a vision, but how does that vision go from a mere sketch to concrete, steel and glass?

The third and final dimension of the process is the skilled execution of the vision. The craftsmen are chosen, and the work becomes a macro-level creation, similar to Noah’s process of building the ark. God pours His Spirit into the project. I love leading this third dimension of building projects. It is not about what I know but who I know. I work with a carefully chosen team, seek wise advice from subcontractors and try to build a team of tested and proven workers.

At this stage, churches can often feel as if they are entering foreign territory. The building process can be overwhelming, and inviting so many different people into such an intimate and prayerfully considered project can often feel fraught with conflict. My goal at this point is twofold: to first meet the builders, contractors and workers with the love of Jesus, and then to train a chosen disciple how to do what I do. I strive to protect the church, of course, but I also advocate for the church family to interact with the workers as often as possible so that some may be won to Christ.

In many ways, I see my work in construction as a ministry to young men, especially recent immigrants, who need to establish themselves in America. Working on our crews gives them a job, responsibility and stability, and we help them in training and education related to the field. We want to see these young people have their own companies one day and be able to fund ministry beyond their households. The men I work with love Jesus and seek to follow Him in word and in deed. I find comfort and trust in their ability to perform difficult tasks and in their sense of loyalty to the team, and I pray that our work together will continue to advance God’s kingdom.

Why does “bivo” matter?

A different spirit and a specific calling—like that of Caleb (Numbers 14:24)—will lead a bivo pastor into new territory.

Pastors, church leaders and laypeople should all have bivocational ministry on their minds. Why? The concept of sending out workers into the field is the Lord’s. As Matthew 9:38 says, “Ask the Lord of the harvest, therefore, to send out workers into his harvest field.” And again in Matthew, Jesus says, “I am sending you out like sheep among wolves” (10:16).

We must be honest about the plateaued church in America. Many potential laypeople are increasingly not going to church at all. Instead, we find them out in the world: in the marketplace, in our schools and in our offices. We have to shift our strategy. We can no longer wait around inside the walls of a church, hoping the flock will come to us.

Jesus Himself offers us a working model of bivocational ministry. As He trained as a carpenter and as a theologian, he began to build the foundation for His ministry, and He invited disciples from all professions and all walks of life to follow Him. Some of the disciples returned to their fishing nets after the crucifixion, but then He appeared to them in morning after they had been fishing all night (John 21:1-14). He instructed them to cast their nets again, and this time, the nets were not torn and the bounty was plentiful.

I’m currently working on the construction site for Vista Community Church, a church in Castroville, Texas, with a vision to reach people for Christ in Medina County.

The demographics of the area are diverse, featuring farmers, ranchers, military families, suburban and white-collar workers and government employees. It’s an area located squarely in the path of the metropolitan sprawl of San Antonio. Since we began the construction of the building, I have prayed and shared the gospel with a dozen men. This is where I fish, and this is where I discover the future disciples of Christ. This is where God has called me to be: in the world but not of the world (John 17:14-19). The author (in the middle) with two of his bilingual laymen, Jorge and Gustavo, on the site of Vista Community Church in San Antonio, Texas, which is undergoing construction.

Bivocational ministry is an opportunity to reach people who choose not to attend church. And for those who are pastors, bivocational work also allows pastors to support themselves when the tithe is insufficient. Ultimately, bivocational ministry presents the holistic nature of the gospel, demonstrating the missional heart of the Trinity. God is always entering into His creation, always seeking us and always meeting us where we are.

Bivocational ministry is not for the faint of heart. It requires you to put in long hours, to grow in knowledge and wisdom that does not come from a book or a classroom. The work focuses on reaching the world, guided by the Holy Spirit, and strives to expand the kingdom, one relationship at a time. We need more bivocational ministers than ever before. Will you labor alongside us?

Barry Hannant serves as a missionary through Immigrant Hope, a facilitator for GATEWAY in Spanish and English, and a liaison for the EFCA Texas-Oklahoma District. He also serves as a member of the EFCA All People team and operates a non-profit that consults with churches as they are in the process of building facilities.