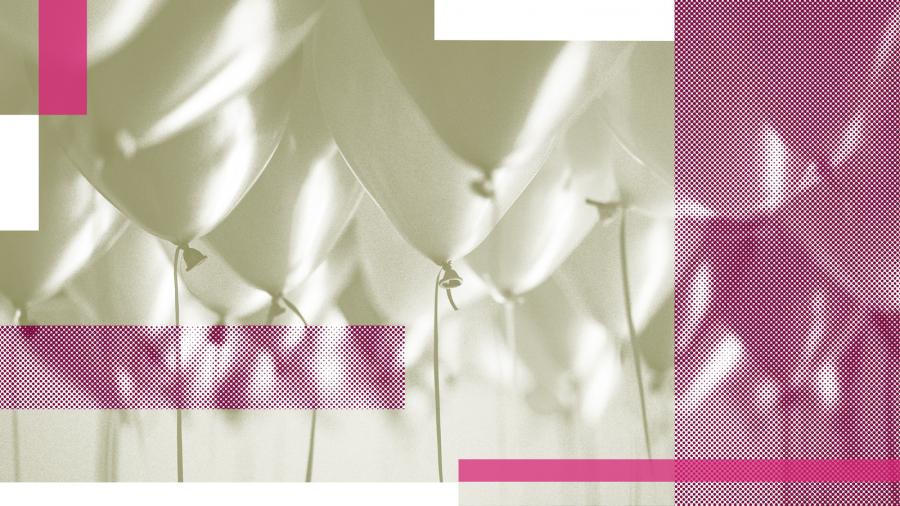 That Time We Went to Mohammed’s Birthday Party

How God is working in big ways in a Muslim neighborhood

I went to Mohammed’s birthday party. Yes, the Mohammed, who lived nearly 1,400 years ago.

He wasn’t there, of course, but about 300 Muslim men, women and children were. And they asked me, known to them as a Christian missionary, to speak to them… about Mohammed.

When I finished speaking, a tribal chief took my hand and held it as he walked me to my car.

“Now we are brothers,” he said. Over the next several months, this chief introduced us to more than 20 of the most influential Muslim leaders in the country. Clearly, God is pursuing these dear people.

What would cause Muslim leaders to welcome Christians to their celebrations, into their inner circle, in a place of honor before their children? Prayer.

For two years, people have been calling out to God in prayer—praying for personal relationships with our Muslim neighbors. As we look back on all God has done and is doing, we know it is the direct result of God moving in response to prayer. God has cultivated the soil of Muslim hearts through prayer. We have been blessed to have partners in the United States who have joined us in praying. In a very real sense, our prayer partners have softened the hearts of Muslim men, women and children in this country* (*country name not listed for security purposes).

We were all completely sure that God was calling us to join His work in that city.
Tweet

This journey began in 2013 when God led our family on a vision trip to a city in Africa. The ReachGlobal city team leader at the time, along with his family, hosted our family as we explored what life would be like in this dynamic city of 3 million people. He introduced me to Peter* (*name changed for security purposes), a local pastor who leads a ministry focused on making disciples among Muslim peoples.

We took a prayer walk through a densely populated section of the city, home to 125,000 Muslims. And God gave me a bit of His love for these people. Every person I saw for three hours of walking the streets was doomed to hell unless we brought the good news of Jesus to them. God met our family in a special way in those days. We were all completely sure that God was calling us to join His work in that city.

One year later, our family moved to this city. While we focused primarily on language study, Peter and I began praying together regularly in his home and in the Muslim part of the city. In time, we trained lay workers and began entering this Muslim community to make disciples of Jesus.

This was our strategy:

One day, Peter was walking in the Islamic section of the city. He saw a sign over a doorway indicating a chief’s meeting room. Peter felt led to enter, and there he met the local chief of the Kanuri tribe, a large ethnic group with more than 10 million members in various countries. Peter introduced himself in the chief’s language and mentioned that he had DVDs about Jesus. The chief was interested, and so the next week, Peter brought him the Jesus Film in Kanuri, saying he’d be back to see what the chief thought.

A week later, the chief told Peter that the film was wonderful and asked for more copies to share with his friends. We started praying in earnest for God to bring the chief to salvation. We prayed that he would have dreams or visions and that God would work beyond all we could ask or imagine in the chief’s life.

God was working even when all we could do was pray.
Tweet

Not long after, Peter was driving through the chief’s neighborhood, and the chief waved him over. He told Peter that God had appeared to him in a dream, telling the chief to bind himself to Peter. It was as if God had put Peter and the chief’s hands together and said, “Bind yourself to this man.” We knew that God was answering our prayers, and we knew that God was working to bring the chief to salvation. We started having Bible studies with the chief and the men who surrounded him. And then he invited us to Mohammed’s birthday celebration.

We were so excited about what God would do next. But then illness hit our families. It was weeks before Peter and I were able to return to the Muslim quarter of the city. We were worried that we might have offended our new friends and done real harm to the relationship because of the gap between visits. Peter and I drove to find the chief. After a brief visit, he began walking us to our car and handed us official-looking invitations to a “Symposium on Allah’s Plan for the Destiny and Happiness of Humanity” (or something like that). We said thank you and said we’d see if we could make it. We learned a huge lesson that day: God was working even when all we could do was pray.

We showed up at the symposium, and the organizers of the event began leading us toward the front to be seated. I thought we were going to sit down at the front of the room, but then they said, “No, up there.” We were being directed to the stage, to sit next to eight Muslim leaders who had well-prepared speeches. There were seats for about 300 people, and a TV crew had arrived. We hadn’t understood that we would be expected to give speeches, but we thanked God for the opportunity we’d been given. We had just been asked to give the Christian perspective of God’s plan for humanity’s joy and eternity and to explain God’s plan of salvation to a room of 300 Muslim men and women. God gave us the words to speak.

Afterward, we had new Muslim friends, our co-presenters, who wanted photos with us and our phone numbers. We later heard from other friends in the neighborhood that they had seen us on TV.

God has continued to bind us into ever deepening trust and relationships with our Muslim neighbors. Muslim men have brought their wives to a Christian wedding reception. We were invited into the chief’s home for a festival meal and met his first wife. The chief and his men came to our home for a Thanksgiving meal, and the chief is now asking us to pray for him to be released from oppression.

God is using the prayers of His people and the obedience of the willing to make disciples in ways beyond what we’ve asked or even imagined.

And God can use you. Would you pause right now to ask God if he wants you to be part of Muslim ministry with ReachGlobal?