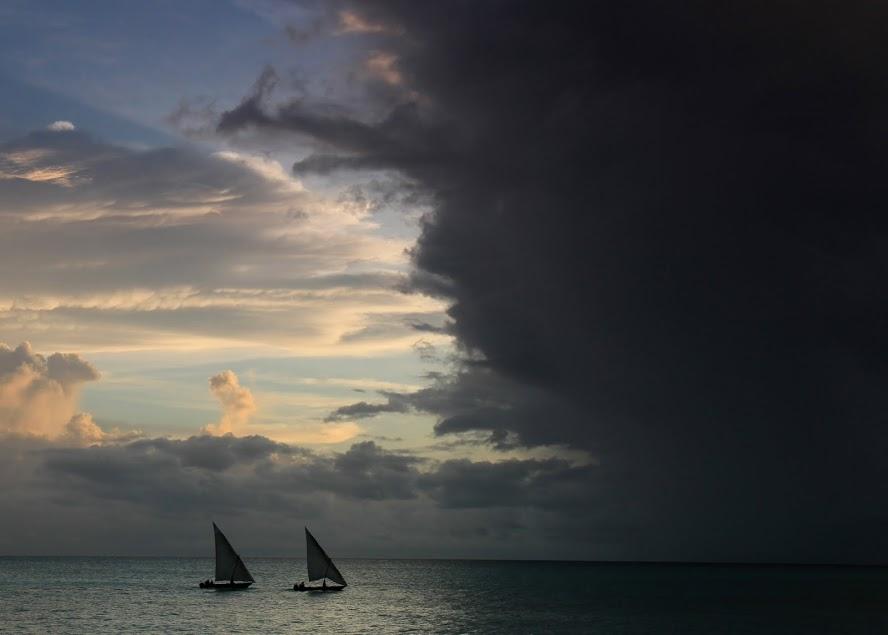 When Everything Is Not OK

My parents recently came to visit me and my family in Tanzania, where my husband and I have served as missionaries for 14 years. One evening as we cleaned up the dinner dishes, my friend Alyssa asked my mom about the years my family served as missionaries in Liberia and Ethiopia when I was young. Alyssa wanted to hear more about the stories of how we left, because it was all pretty dramatic.

My family moved to Liberia when I was 6 years old, and there I experienced an idyllic childhood. In 1990, when I was 13, civil war descended on Liberia, destroying the place that was home to us. When war first broke out, we were on home assignment in the States. For months, we kept thinking, This will all blow over, and we will go back. But it didn’t blow over for 15 years. We lost our home, our possessions and our plans. This was peanuts compared with the Liberians, who lost limbs or children or sanity.

My family was then reassigned to Ethiopia, and I went to boarding school in Kenya. Just a year later, war followed us to Ethiopia. My mother and brother were evacuated on the last plane out of Addis Ababa, watching tanks encroach on the airport while their plane was taking off. My father stayed behind, dodging bullets while the government was overthrown.

Are we merely optimistic? Or are we entitled?
Tweet

Even now, I look back on these stories from a young teen’s perspective; I heard the stories told and re-told many times as I grew older. But on this particular evening, as my mother told Alyssa about these experiences, I was struck how she emphasized that both times, in both countries, the missionaries didn’t believe the worst would really happen. The Liberians and Ethiopians saw the storm clouds gathering; they knew trouble was coming. But the missionaries tended to be overly optimistic. Surely God won’t bring war here! We’re doing His work. It’s all going so well; surely He wouldn’t want it to end!

Was this optimism trusting in God? Or was it just naive? Either way, the bombs fell.

The American Christian culture that is indicative of my generation seems to often assume that God would never let such horrors befall us. Are we merely optimistic? Or are we entitled? Do we believe that we are the ones who are really in control of our lives?

Reminiscing these childhood memories was particularly poignant for me, because there is a lot of uncertainty in my life right now. What I had assumed was a neat, straightforward path for our family in Tanzania for the next couple of years is now no longer so clear. Our residence here is dependent on a fragile balance of health, financial support, ministry opportunity and government favor. When even one of those factors wavers, so does our future. We’ve been faced with this uncertainty for the past few months, but for a while, I had a fair degree of confidence that everything would work out. Now, I’m not so sure.

I wonder if I’m trusting God or if I’m just being naive.
Tweet

There are no rumors of war in Tanzania; that’s not what I’m insinuating. But there are a number of circumstances that we are facing which make our future feel… uncertain. Yet I find myself thinking, much like the missionaries my mother referenced, We’re doing God’s work. It’s all going so well; surely He wouldn’t want it to end!

And I wonder if I’m trusting God or if I’m just being naive.

It’s ironic, because in our early years in Tanzania, when everything felt strange and uncomfortable, I would have been relieved for an “excuse” to leave. But now, this is our home. Our children, as adoptees, were born and raised here. Our roots are deep in relationships and in our way of life. Yet times like this are a stark reminder that we must hold loosely to everything that we love.

But isn’t that how it’s supposed to be all the time? Why is my world always shaken when uncertainty surfaces? After all, isn’t life always uncertain? Why do I think, God would never let that happen to me? God does not owe me anything.

He is there, and He is good, and He has it under control.
Tweet

The worries settle themselves in my stomach and remind me, daily, that my life is uncertain. I beg God for a happy ending, for neat little bows wrapped up on the ends of these problems, but that is never promised to me. Maybe God will do the miraculous, and that would be awesome. But what if He doesn’t? What if everything is not OK?

There has to be a way to trust God that is not naive. It is not an entitled trusting, because I can’t assume He will do things my way. Rather, it is a settled trusting that comes from His character—that He is there, and He is good, and He has it under control. And that will always be certain.

There’s a common expression in Swahili that means “everything is okay.” Christians have taken that expression and turned it into a song:

Because Jesus is on the throne, everything is OK.

A version of this post was originally published on Amy’s blog, Everyone Needs a Little Grace in Their Lives. The lead photo was taken from Zanzibar Island, Tanzania, by Amy’s husband, Gil Medina, and is used with permission.