Why the Church Needs Polar Opposites 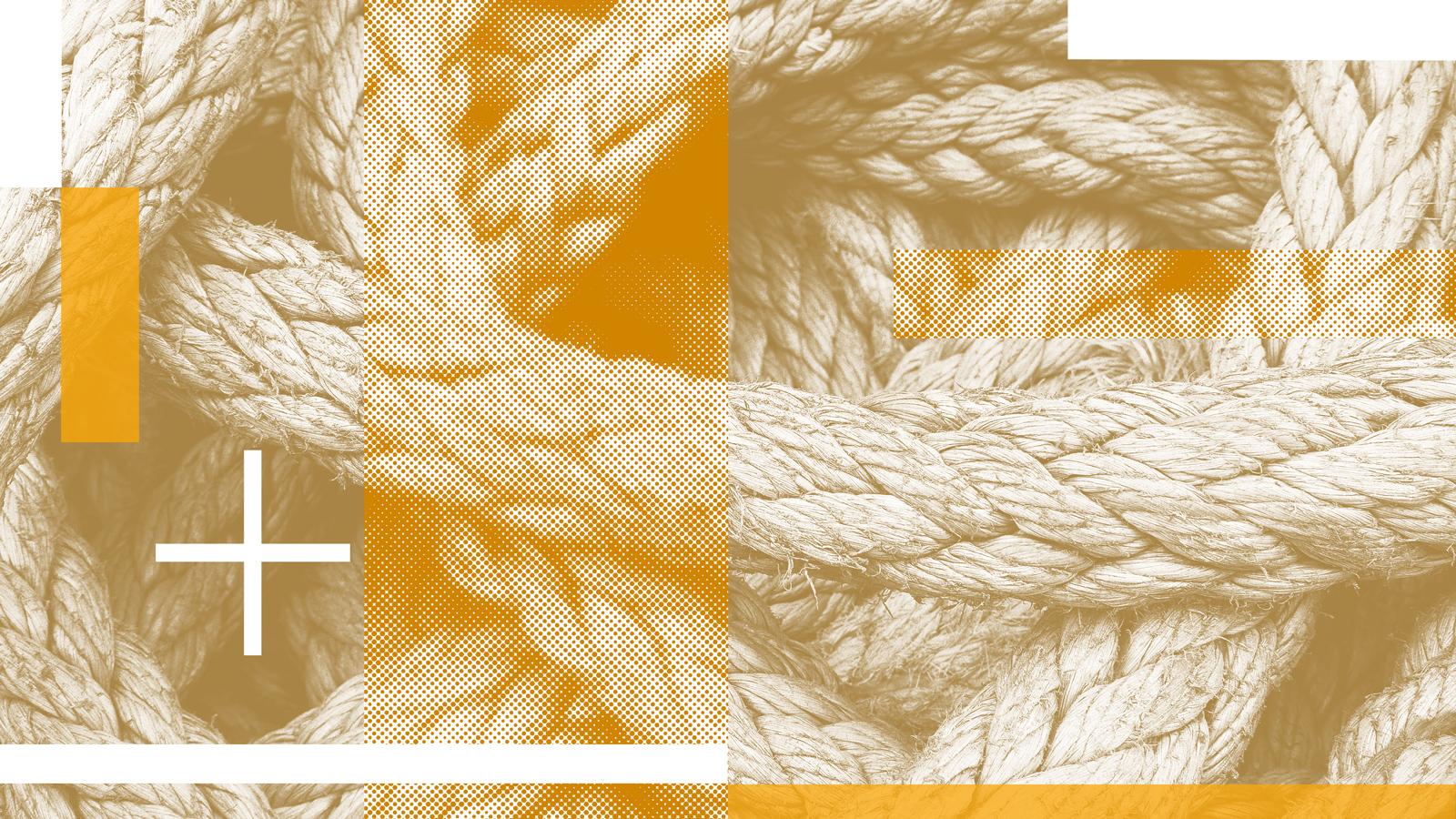 Our Lord made a seemingly inconceivable and improbable choice for two of His disciples. At least from a purely human perspective, it was unthinkable that Jesus would call a Zealot and a tax collector to serve on the same team.

The Zealots were members of a Jewish sect that began during the reign of Herod the Great, around 6 B.C. The Zealots were fiercely loyal to Jewish traditions and to the traditional renderings of the law. They were opposed to the use of the Greek language in Palestine and looked for a Messiah who would restore the kingdom of Israel, with all the glory of the old theocracy under Kings David and Solomon. Zealots opposed payment of tribute for taxes to a pagan emperor, saying that their allegiance was due only to God. Unsurprisingly, they became “idealistic revolutionaries” who wanted to drive the hated Romans out of Palestine by revolution and guerrilla warfare. From their headquarters in Galilee, they took advantage of every opportunity to inflame their fellow citizens against their conquerors. Among that band of rebels was a man named Simon—a man who loved his country and was prepared to die for it.

Tax collectors stood in stark contrast to the Zealots. Matthew was a publican, or tax collector, when Jesus called him (Matthew 9:9). These officials were responsible for the security and collection of revenue for Rome and called publicans, from the Latin word publicani, because of their close relationship with the public purse. The Roman government hired local people to collect tolls or taxes on exports and imports. They were not paid a salary but given the freedom, opportunity and authority of Rome to collect taxes or tolls beyond what the law demanded and then pocket the difference. For this reason, tax collectors were regarded as leeches, people who consistently and legally gorged themselves at the expense of their fellow citizens. Few men were more detested in Jewish communities than tax collectors. According to William Cave, a common proverb in the day was: “Take not a wife out of a family wherein is a publican, for they are all publicans, or thieves, robbers and wicked sinners.”

This rebellious patriot, through the transforming and reconciling power of Jesus Christ, became a rich trophy of divine grace.
Tweet

These two men, called by Jesus, looked like fierce enemies to anyone in their day. Their identities could not be more opposed to one another. And so Jesus came to give them new identities. The Scriptures are silent as to how and when Simon first met the Son of God. But after hearing Jesus speak for the first time, Simon might well have thought, “This man might just be the one to lead our revolution and to help us drive the Romans out of our land!” But as he continued listening, he would have discovered that here was a leader who had no use for the bloodshed, hatred, cunning and deceit the Zealots practiced. Here was one who preached about loving your enemies and doing good to those who spitefully use you. Here was one who preached that the greatest blight on the nation of Israel was not the Roman Empire but the people’s sin and departure from God. And so this rebellious patriot, through the transforming and reconciling power of Jesus Christ, became a rich trophy of divine grace. After Jesus went up on a mountain to pray, He called the ones He wanted to go with Him—and two of those were Simon the Zealot and Matthew the tax collector.

Simon and Matthew’s trajectories as disciples serve as a small window into the landscape of the social and political extremes of the first century. But we also have a window into the heart of our Lord, underscoring some clear and unmistakable truths that can and should be applied to our lives today as His disciples.

1. Our Lord was drawn to passionate people from the extremes of social, political or spiritual spectrums.

Jesus, however, sought deep relationships with all kinds of people: political dissidents, prostitutes, professors, social pariahs. He modeled for us, by His choice of Simon and Matthew, that we should be drawn to and not repulsed by people who live at the margins or extremes of our society. Whether it’s the guy getting out of his BMW or the guy living under the bridge, whether it’s the neighbor who votes just like we do or the neighbor whose ballot is the opposite of ours, we are called to follow our Lord’s example. He didn’t keep the company of people who were just like Him.

2. Our Lord both called and welcomed passionate people into the fold.

Our Savior knew what He was doing when He reached out to a dangerous man like Simon and a despised man like Matthew.

When Jesus said, “Come unto me, all of you who are weary and carry heavy burdens, and I will give you rest,” He meant it (Matthew 11:28, emphasis added). The presence of Simon the Zealot and Matthew the tax collector in His band of disciples communicated a clear and powerful message to people from the extremes of any social or political spectrum. Think about what it would have meant to those who witnessed Jesus’ motley crew of disciples: “I guess He really does mean all! If He said to Simon, ‘Come!,’ and if He said to Matthew, ‘Come!,’ then maybe I can come, just as I am!”

3. Our Lord commissioned passionate people and redirected their energies.

Passionate people can often seem overwhelming, but as it’s been said, nothing great or good was ever done without passion. That’s why Paul challenged the church in Rome to “never be lacking in zeal, but keep your spiritual fervor, serving the Lord!” (Romans 12:11). A literal translation of the second half of that verse is “in spirit burning, the Lord serving!”

We should likewise consider how important it is to have people in our churches who do not lack zeal, keeping spiritual fervor in service to God. As Herbert Lockyer wrote in All the Apostles of the Bible, “The secret of the church's inadequacy as she faces a world of dire need is her lack of spiritual enthusiasm. What an impact she would make if only every member within her could be a Simon the Zealot! If the defect rather than the excess of zeal is our shortcoming, then may the fiery enthusiasm of Simon the Zealot inspire us to emulate his example!”

4. Our Lord unified passionate people in Himself.

Knowing full well that Simon the Zealot was an opponent of Rome and that Matthew the tax collector was a servant of Rome, Jesus still called them to join His band of disciples. Although I cannot prove it from the pages of Scripture, it would not surprise me in the least if I were to discover one day in heaven that when our Lord sent His disciples out two by two, he purposely paired up Simon the Zealot with Matthew the tax collector!

J.G. Greenhough reminds us in The Apostles of Our Lord that “Simon and Matthew were divided from each other by a wide, deep gulf of thought and feeling, and even of impassioned hatred. Yet the tax collector and the zealot clasped hands and joined hearts at Jesus’ feet. In the furnace of His love these opposites were welded together!”

What happened in Jesus’ band of disciples is what our Lord still wants to happen in His church. As Paul reminds us in Ephesians 2:14-22, Christ has destroyed the barriers we build between ourselves. Because these walls have been removed, we can have genuine love for and unity with people who are not like us.

Many barriers can divide us from other members of the body of Christ: age, appearance, personality, ethnicity, political persuasion, economic status or theological perspective, to name a few. One of the best ways to stifle Christ’s love in our local church and in our fellowship of churches is to be friendly with only those people we like! As was true among His disciples, our Lord wants to weld us together in the furnace of His love and enable us to look beyond the barriers that might divide us. Instead, we are to look to His cross to unite us.

May our lives be welded together

My prayer for the EFCA is similar to one prayed by Patrick Henry, a passionate patriot and a passionate follower of Jesus Christ. On August 13, 1776, he wrote to a group of Baptist ministers: “My most earnest wish is that Christian charity, forbearance, and love may unite all our different persuasions.”

May we never be lacking in zeal as we keep reaching out to passionate people.
Tweet

Whatever happened to Simon the Zealot and Matthew the tax collector? The traditions of the early church suggest that Simon went out to spread the gospel, traveling first to Egypt and then to North Africa, Spain and Britain. Simon is believed to have been one of the first missionaries to Britain and to the city of London, which was, at the time, the headquarters of the Roman occupation on the outer rim of the empire. Simon later joined up with Thaddaeus, one of the other obscure disciples, and they traveled to Persia, where together they suffered martyrdom. Tradition holds that a saw was used to release Simon into the presence of his Lord and Savior.

Like Simon, the last time Matthew’s name appears in the New Testament is in the directory of disciples found in Acts 1. According to tradition, Matthew ministered in Palestine for several years after Jesus’ ascension and then made several missionary journeys to his fellow Jews who were dispersed among the Gentiles. In this way, Matthew is believed to have shared the gospel with his Jewish brothers and sisters, a community who likely held many negative assumptions about his former occupation as a servant of Rome. The circumstances of his death are unclear, but tradition maintains that Matthew was martyred in Egypt, killed by a battle hatchet as he was ushered into the presence of Jesus.

Our Lord was not disappointed to call and commission passionate people from the extremes of any social, political or spiritual spectrum; instead, He was glorified by them. One day, we will see their names on two of the twelve foundations of the wall for the new Jerusalem (Revelation 21:14). Until that day when we join Simon and Matthew in that city in our Lord’s presence, may we never be lacking in zeal as we keep reaching out to passionate people. In the furnace of His love, may our lives be truly welded together, so that others will know that we are His disciples and have pledged our allegiance to the Lamb.