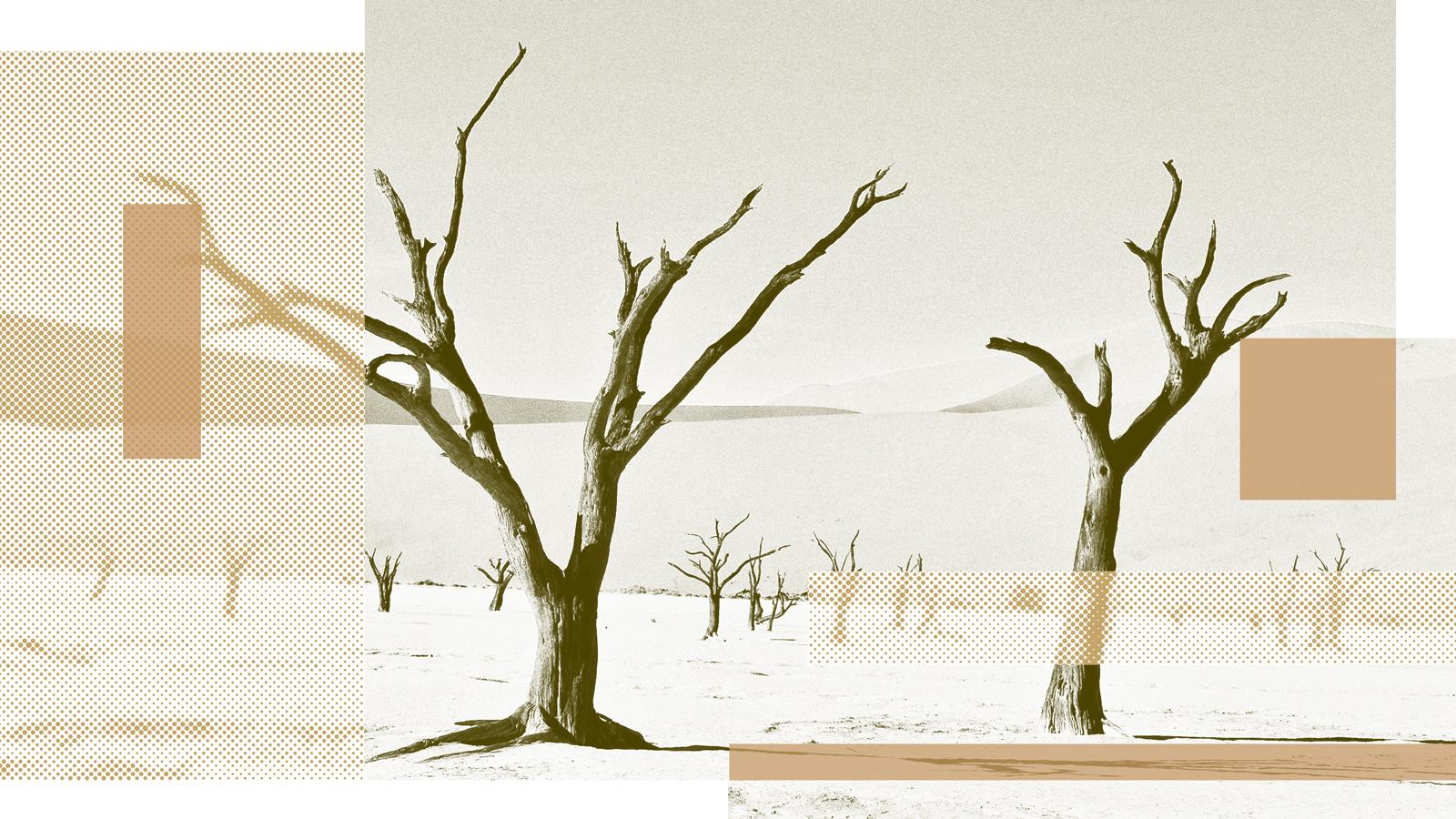 William* came to Jesus in his teens and found his life radically changed. He began studying his Bible and going out of his way to tell others about Christ. He went on to study in two evangelical seminaries, earning master’s degrees from both, and even pursued further studies at the doctoral level. He preached in churches for more than 10 years and also did some teaching and writing for Christian magazines.

Then things began to change. First came a series of personal difficulties. Then doubts began to enter, and as time went on, William found himself no longer convinced by the arguments he had formerly found so compelling. In the end, he left the faith altogether and wrote a widely endorsed book describing his journey from Christianity to atheism. Today, William devotes his life to debunking Christianity.

Most of us are acquainted with someone who disagrees with Christianity. Today, however, there is a new and increasingly passionate breed of person challenging the faith. They are people like William who were once devout members of the Christian community, worshipping alongside others in their churches. They include former pastors, theologians, authors, church planters and graduates of Bible colleges and seminaries, and when they leave the fold, they often become some of Christianity’s most adamant and well-informed critics.

They do not need to be told what it’s like to be a Christian because they were once on the inside themselves.
Tweet

They often know their Bibles, theology, and history of Christianity better than the Christians to whom they speak. And when they lay out their list of objections to the faith, they are aware of the typical replies Christians are likely to give since they once used the same answers themselves. Furthermore, these critics are often granted special credibility in our culture because, unlike most others, they were once part of the group they are now critiquing. Who could know it better than they?

This wave of skeptics is accompanied by a growing number of organizations devoted to supporting Christians who choose to leave the faith they once embraced. The websites of these groups are filled with the testimonials of people who claim to have been set free from the shackles of religion.

Perhaps you’ve met people like this. If so, you will know that their take on Christianity is different from that of most other people. They do not need to be told what it’s like to be a Christian because they were once on the inside themselves.

Why do people leave the faith?

The reasons people leave Christianity are as varied as the individuals.

Some feel that Christianity stifled free and honest rational inquiry. Others had a traumatic negative experience or a sense of having been let down by the church or by God. Certain people, after a personal or moral failure, have difficulty finding renewed acceptance among former Christian friends, and some speak of unresolved questions that ate away at their confidence in the truth of Christianity.

Usually there is a complex combination of factors that in the end moves people away from the faith they once believed and promoted.

Responding with grace and love

Our initial response must be to surprise these folks with our grace and love. I say “surprise” because we, as Christians, simply do not have the best record here, whether in our dealings with our own brothers and sisters or with those on the outside.

One of my students who interacts deeply with Mormon missionaries commented recently that during their two-year period of service, many Mormons shared that they experienced so much unfriendliness, even hostility, from evangelical Christians that they have come to view evangelicals as an antagonistic group. As my student put it, if Christians would just love those who come to their doors, it would make it easier for people like him to have conversations with them later.

A perceived or experienced lack of love and acceptance in the midst of a low time has contributed to the departure of some of our brothers and sisters. We have an opportunity here to love a very special kind of neighbor as ourselves.

We also would be wise to prepare for meaningful dialogue with those who have turned from the faith and then begin to reach out to them. Given the recent wave of such people, we will likely experience this kind of conversation whether we go looking for it or not. We can all advance one or two steps in our understanding of the journeys and stated reasons people like this give for leaving.

Some among us, of course, can go further and study these issues deeply in order to provide much-needed assistance to the Christian community. A good place to start would be to read books like the following:

These writers and theologians, among many others, have provided helpful resources that target the very issues that have caused some to leave the faith.

Peter calls us to “always be prepared to give a reason,” but now this comes with an added urgency. We do it not simply to share the faith but to keep it too.

Somewhere in our conversations, we may get the opportunity to ask what, precisely, these folks were rejecting when they turned from Christianity. Whether we like their answers or not, nothing is gained from avoiding this information. We would do well to listen carefully at this point. Then we may need to do some further reading ourselves.

Christian culture should be a culture of thinking and questioning.
Tweet

As graciously as we can, it is often worth pointing out that rejecting Christianity, or any other set of ideas, because one finds its teachings restrictive or unappealing, is to play a dangerous game since it entirely ignores the question of truth. If it turns out that Christianity’s teachings are true, then it will not matter that one finds them restrictive or unappealing any more than if I find it restrictive to be told that I must follow the rules of the road or I will not get home safely.

Let us also strive to create an environment in our churches, small groups and retreats where people are free to think and question what they are taught, just as the Berean Christians were commended for doing when the apostle Paul came to town (Acts 17:11-12). This is especially critical because a large number of those who reject Christianity claim they are leaving to find exactly this freedom, the freedom to honestly think and reason. Christianity, they say, inhibited this liberty by prescribing their beliefs.

While much can be said on this, let us remember that as a worldview, Christianity does include certain beliefs and, thus, rules out others. But this is true of all worldviews, including atheism. In the case of Christianity, we are urged to ask good questions, search for the truth and embrace it when we find it. Amazingly, Christianity even goes so far as to invite the world to test its own foundational truth claims, particularly the claim that Jesus rose from the dead, and accept it only if it is found to be true (1 Corinthians 15:17-19). I find this both refreshing and gutsy at the same time.

Christian culture should be a culture of thinking and questioning. When this happened in Berea, the result was many coming to faith.

Finally, let us not accept the myth that atheism is the final intellectual stop for any serious, educated person who wants to assess the world objectively.

As church historian John Woodbridge points out in a recent article, there are many Christian scholars and thinkers who have moved from disbelief to faith, not in spite of their intellectual study, but as a result of it. Such people include C.S. Lewis; John Warwick Montgomery, apologist and church historian; Kenneth S. Kantzer, theologian and editor of Christianity Today; Carl F.H. Henry, another theologian and editor of Christianity Today; and Alister McGrath, scientist and theologian. Their work can provide valuable insights into some of the difficult questions they were forced to navigate and we would be wise to examine their responses before assuming that no good answers exist.

Let’s pray for those who find it in their hearts to walk away, and let’s remember they are not the enemy. We may find opportunities to befriend and even engage them. When we do so, let’s allow Peter’s instruction to guide our approach: Let’s address with gentleness, respect, and with a clear conscience (1 Peter 3:15). Who knows what God will choose to do with our efforts?

*Not his real name. This article is based on Dr. Chamberlain’s newest book, Why People Stop Believing.

Dr. Paul Chamberlain is director of the Institute for Christian Apologetics at Trinity Western University, where he is also professor of apologetics, ethics and leadership. His newest book, Why People Stop Believing, is a response to the growing wave of Christians, including leaders, who are turning from Christianity and, in some cases, becoming some of its most ardent and well-informed critics.