Reviews of A Big God in Small Places, by Stephen Witmer 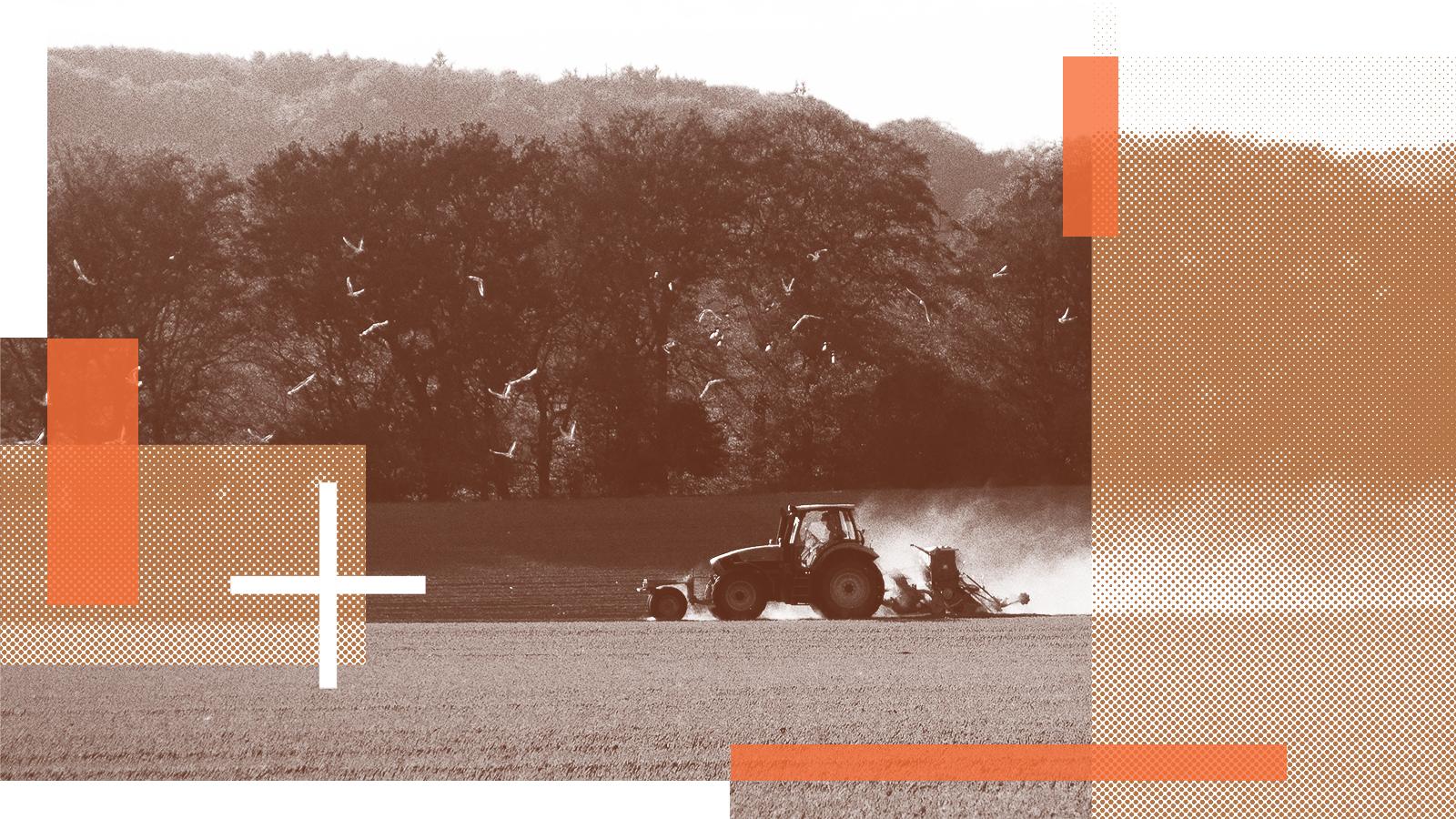 Because of their population and cultural influence, urban centers often receive priority in ministry. They’re commonly viewed as more influential, desirable and strategic—but where does that leave those ministering in “small places”? A Big Gospel in Small Places: Why Ministry in Forgotten Communities Matters (InterVarsity 2019), by Stephen Witmer, provides a theological vision for small-place ministry. Three reviewers from within the EFCA share their thoughts.

When I started Stephen Witmer’s A Big Gospel in Small Places, it was not a book I thought I needed to read. I don’t live or minister in a “small place,” nor do I typically have significant interaction with those who do. But the book surprised me both in how it challenged some of my own presuppositions and how it proved relevant to my own ministry.

Witmer, himself a small-town pastor, calls evangelicals not to forget the importance of ministering in the many “small places” of the world—especially considering the increased emphasis on urban ministry and church planting. Witmer defines a small place as “countryside and communities that are relatively small in population, influence, and power” (p. 22). He introduces (or reintroduces) readers to the nature of small places in general, in all their beauty and brokenness. He also reminds readers that small places matter to God because the people who live there are made in His image and need a Savior. It is the gospel, not our strategic thinking, that is the ultimate impetus for ministry anywhere.

Witmer also outlines some of the unique challenges and opportunities of ministry in small places. While his comments and examples were most specifically relevant to small places, I found that many of his observations could be equally applied to ministry regardless of location.

At some point, someone must go and serve in small places. Gospel ministry cannot simply be a one-way street into the city.
Tweet

I found the chapters “Strategic Isn’t Always What We Think” and “Slow is Often Wiser Than We Think” challenging and helpful even in my suburban context. In one place, Witmer observes that while we tend to value efficiency, “the gospel often works more like a steady, soaking rain than a firehose spray” (p. 106). The slow pace of life and ministry in small places may be more pronounced, but this reminder that ministry is not about efficiency but steady faithfulness is both accurate and convicting.

One of the strengths of Witmer’s book is the way in which he winsomely critiques the arguments for prioritizing urban ministry. Throughout the book, but particularly in chapter 12, Witmer gently and respectfully pushes back against this perspective.

In the end, Witmer argues that the church should not prioritize one type of ministry over another, but to see both big-place and small-place ministry as crucially important to the church’s mission (p. 179). His book is careful and balanced and serves as a helpful corrective for the wider conversation on ministry strategy and priorities, which is flooded with more books on urban ministry than rural. Witmer’s voice is a welcome addition to that conversation and one to which we would do well to pay attention.

After all, the EFCA has its roots not in a big place, but in rural Boone, Iowa. Maybe small places really can be more strategic than we think.

John Biegel is one of the pastors at Riverstone Church (EFCA) in Yardley, Pennsylvania, and serves on the Eastern District Board of Ministerial Standing.

Redefining the Meaning and Significance of “Small Places”

Stephen Witmer’s A Big Gospel in Small Places is a work that makes me wish I could time-travel back 40 years to TEDS, slap a certain young and dumb first-year seminarian with it and say, “Read this book. Now.” That student thought the only “real” ministry happened in the urban and suburban centers of the country, while churches in places like Iowa became increasingly irrelevant.

Little did that seminarian know that God, in his sovereignty and sense of humor, would call him to suburban Des Moines (smallest place I’d lived to that point) for six-and-a-half years as a youth pastor and then to Blackduck, Minnesota, for another 31 years (and counting).

Witmer’s book is not a how-to guide for pastors who find themselves in rural or small-town ministry. Witmer is a pastor in Pepperell, Massachusetts (population 11,497), on the edge of the greater Boston area. My first reaction was, “What does he know about ‘small places’? He should come to a real small place, like Blackduck, population 785, on the edge of no place in particular.”

Witmer challenges the reader to rethink and redefine the meaning of a “small place.” Yes, communities like Blackduck are small places, but so is the church of 150 in suburbia that labors in the shadow of a megachurch from the same denomination or the church that serves an immigrant population in an urban area. These are not the churches of influence—where a pastor can develop his platform to influence others.

I wish—and hope—pastors who serve in small places and struggle with doubts about the significance of their ministry would read this book.
Tweet

The temptation for pastors in small places is to envy their colleagues with a seemingly bigger platform. Small-place pastors often wonder if their work has any real significance in building God’s Kingdom. Witmer reminds his readers that Jesus has called His disciples to be the church in the outermost parts of the earth, including places like Boston and Blackduck, and that they all matter to God.

Witmer also argues that the gospel is sometimes “wasteful.” Using the example of Mary anointing Jesus with the expensive perfume (John 12:1-3), he writes:

“One of the most precious things about the gospel is that it often seems so unstrategic (sic.) by worldly metrics. The gospel is lavish—you might even say that it’s wasteful.” (p. 77)

Drawing from the example of John Paton’s work in the South Pacific, Witmer contends that small-place ministry gives pastors an opportunity to do what he calls “slow ministry in slow places.” Those who choose to stay in small, slow places have an opportunity to, over the course of many years, build relationships with not just people in the church, but in the community as well. He writes:

“We will remain because we love our people and place. What might be the result of generations of small-place ministers staying put, loving relentlessly, as God does, our rural landscapes of loss, our struggling small towns?” (p. 111)

I wish I could have read this book back in my young and dumb seminary days. I wish I could have read it when I accepted the call to come to Blackduck in 1989, thinking it would be a stepping stone to something “bigger and better.” I wish—and hope—pastors who serve in small places and struggle with doubts about the significance of their ministry would read this book. I’m grateful that small places can be place of bigger and better opportunities for ministry than anyone can imagine.

Dwight Warden has served as the pastor of the Blackduck (MN) EFC since 1989. Before moving to Blackduck, he served as the youth and Christian education pastor at NorthPoint EFC in Johnston, Iowa.

As someone who grew up in a small town and attended a church that averaged 60 people in attendance (mostly relatives), Stephen Witmer’s book, A Big Gospel in Small Places, fascinated me. One of the primary reasons this concept of ministering in small places intrigued me is because I darted out of Mississippi as fast I could, vowing to never come back.

My experience wasn’t necessarily bad, but I had what Witmer would call a disdain for small places—a false belief that God cared more about the city than the country and that if you wanted to do Kingdom work, you needed to be in the most massive, most culturally relevant places. Witmer's book changed my mind and pointed out the error of my thinking.

Witmer challenges all of us to have “a gospel-shaped theological vision to see both ourselves and our places as God does” (p. 12). He then effectively illustrates why small places—defined by population, influence and economic power—should be seen as significant centers of displaying the gospel.

To me, this book is the counter punch to Tim Keller's Center Church, where Keller argues that the city, with its cultural relevance and concentration of lost people, should be the focus of our gospel-oriented efforts. Throughout the book, Witmer efficiently deconstructs this popular view and presents his case for considering small places as a primary place for ministry, not a fallback position.

Through personal stories, Witmer illustrates how small places are better than we think for the gospel, but he doesn’t paint a picture of a Pollyanna utopia. He goes to great lengths to point out the challenges of small places, the reasons not to serve in small areas, and makes a case to not prioritize small places over large. The bottom line of the book and Witmer's desire is not to have a priority list but to have a calling:

I genuinely think every pastor and leader should read this book, regardless of ministry context. As someone who has served in Dallas, Miami, outside New York and New Orleans, this book helped me grow in appreciation for those who minister in small places and made me long to support those who are called there. I recognize that no matter where you serve, you can fall into the trap of envy, loneliness and restlessness due to the fear of missing out.

To summarize Witmer's challenge on page 179: if you are called to ministry, stay for long periods of time, and serve faithfully. And as he so eloquently states to his earlier self: "Please think big about things that are truly big: God's character, God’s gospel, God’s mercy, God’s glory.” (p. 152)

David Fuquay has been in ministry since 1995, serving in five different churches in four different states. He was ordained in 2004 in San Antonio, Texas, at Wayside Chapel (EFCA). Currently, David serves as the lead minister of spiritual formation in Dallas, Texas, at Northwest Bible Church.

Do you think small-place ministry still matters? How do you think the Church could effectively prioritize both small-place and urban ministry? Share your thoughts in the comments.

John Biegel is one of the pastors at Riverstone Church (EFCA) in Yardley, Pennsylvania, and serves on the Eastern District Board of Ministerial Standing. John has an M.Div. from Cairn University School of Divinity and is currently working on a Th.M at the same school, writing his thesis on a marvelously obscure eighteenth century Scottish theologian. John and his wife Michelle live in Levittown, Pennsylvania, with their three young children.

Dwight Warden has served as the pastor of the Blackduck (MN) EFC since 1989. Before moving to Blackduck, he served as the youth and Christian education pastor at NorthPoint EFC in Johnston, Iowa. He and his wife have three married adult children and two grandchildren (with one on the way in May). He believes that pineapple is a perfectly acceptable pizza topping and that the Cleveland Browns will win a Super Bowl title in his lifetime.

David Fuquay has been in ministry since 1995, serving in five different churches in four different states. He was ordained in 2004 in San Antonio, Texas, at Wayside Chapel (EFCA). Currently, David serves as the lead minister of spiritual formation in Dallas, Texas, at Northwest Bible Church, but his claim to fame is being a faithful husband and father of three.