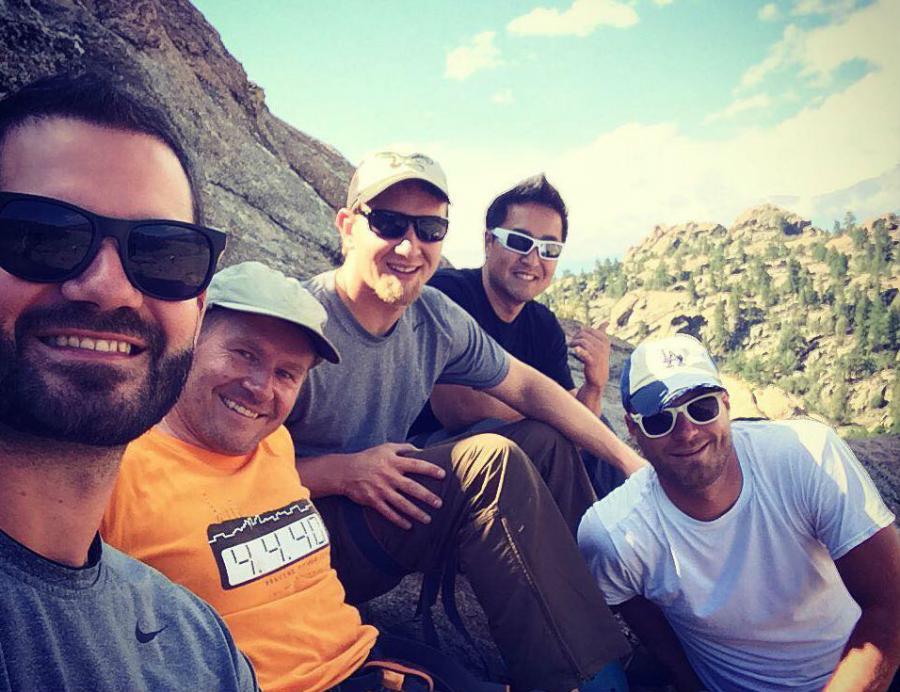 A New Unity After a Great Loss

Church multiplication and the legacy of Jeff Sorvik

Some fires seem totally out of place. Fires that burn amid the snow, for example. Or fires that snuff out a life too soon.

The Duluth, Minnesota, fire of February 4, 2017, was out of place for both reasons. On that cold day the ground and rooftops were blanketed in white. And on that same cold day when a house fire took Jeff Sorvik’s life, he was in his prime as he nurtured an abundance of vital relationships: as husband, father, grandfather, friend, mentor, coach, national church leader.

As news of the loss of Jeff spread, the whole idea of the fire, the snow and his passing seemed an incongruity none could reconcile.

This is not the story of Jeff as husband or father or even friend, though many involved in what I have to tell were friends of Jeff. Those stories are much more profound than this one.

This is simply the story of one man’s vocational endeavors and how God continues to bear fruit through Jeff’s life and example.

Jeff’s end-of-year letter for 2016 was a rich basket of family and ministry achievements. He and his wife, Michele, celebrated their middle son’s marriage, the advent of a second grandchild and the life of Jeff’s dad after his passing in April.

In the role of church multiplication catalyst for the EFCA, Jeff was seeing the birth of new churches, the growth of the Creo church multiplication network, the launch of learning cohorts for pastors and more. For all of it, he gave glory to God rather than to his own cleverness or ingenuity.

The upcoming new year showed signs of increasing productivity. To many of those around him, it seemed he was entering a season of great fruitfulness.

A new future we never dreamed of

On Monday, January 30, Jeff flew to Chicago to lead a meeting with a group of individuals from different EFCA districts who, together, give national leadership to church-planting efforts. The team had been through some difficult organizational challenges and was now redefining its vision and goals.

Church planting is both exhilarating and a careful, deliberate plod. Jeff’s role was to help invigorate and better coordinate EFCA efforts to plant even more churches and thus reach more people with the gospel. But first, he had to help with some collective self-examination.

The process had taken a toll on Jeff, and you could see it in his eyes that day. Organizational vision development can be grueling, frustrating and even straining to relationships. I was part of that gathering, and I recall being exhausted and even discouraged after our first day. Yet on the second day, Jeff led with a diagram describing how we might move forward. As he described his thinking, the change that came across the room was palpable. Faces went from frustrated to hopeful, tired to energized. Comments went from critical to encouraging, defensive to dreaming. One of the “elder statesmen” of the team asked, “Jeff, where did you get this strategy?”

Jeff responded: “This is essentially the sum of what I’ve been learning over the last 20 years of ministry.”

Little did we know that his strategic thinking would be the final barrier Jeff would break through, for church multiplication in the EFCA.

I’ll never forget hugging Jeff goodbye at noon that Friday. On the flight home on February 3, Jeff enthusiastically shared with EFCA President Kevin Kompelien the story of the team’s breakthrough.

The next morning, the sudden fire at his house snuffed out Jeff’s earthly life and, it might have seemed, his dreams.

Each of us who was in those meetings—and many more—still mourn the loss of this man’s leadership and his friendship. I’m especially sad for the many who were closer to him than me.

Yet when I think of what God has done with respect to church multiplication in our tribe, there is no snuffing out. Out of the ashes of this loss, God has birthed a new unity, a new sense of purpose and a new willingness to work together. At our June gathering in Austin, someone on our team wept as he gratefully shared, “We haven’t had this kind of unity in decades.”

It’s as if God worked through Jeff to form the characters and outline the story arc. In His unsearchable wisdom, however, He has given the writing of it to those of us who remain.

I trust that those in our greater EFCA family are still praying for the Sorvik family as they walk with the Lord amid their loss. And I invite you to pray for the church-multiplication team as it carries forward part of Jeff’s incredible legacy to the world.