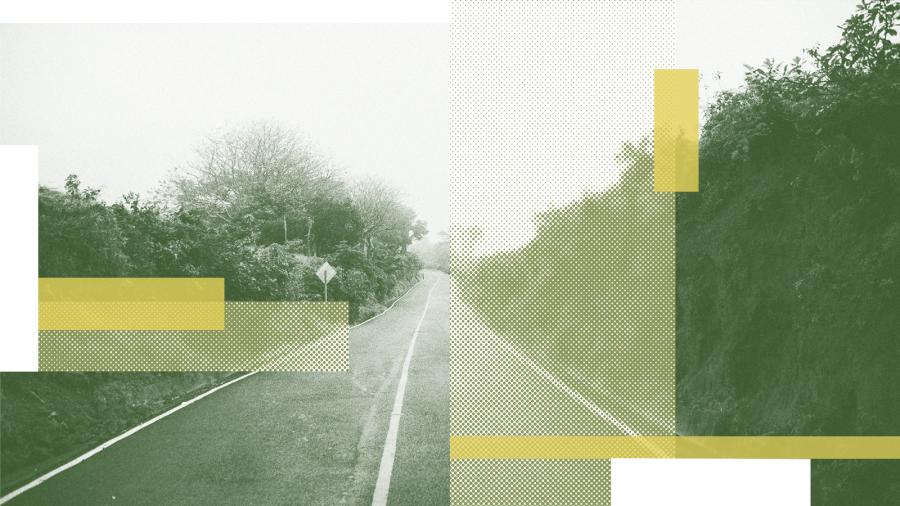 My husband, Dave, and I moved to Costa Rica in 2011, expecting to stay only a year for language school. Little did we know, God had other things in mind. We spent years preparing to be church planters with big dreams of working alongside the local church. But nothing would prepare us for how God would work through a children’s ministry to lead us to serve in our first church plant.

Our first year on the field we visited over 30 churches while regularly attending a church in our neighborhood (they had three services a weekend which made visiting other churches possible). We joined a Bible study (which at times felt more like a group helping us improve our Spanish pronunciation and vocabulary) and Dave joined the worship team. We studied Spanish, new for Dave but familiar for me, and said “yes” to anything we were invited to do.

The day was filled with noise, complete chaos and about 80 undisciplined kids in a building with a partially cemented floor and a low hanging ceiling propped up by a few large wooden poles and almost no air flow.
Tweet

Saying “yes” to a colleague one Saturday led us to help with a feeding program for kids in a nearby slum— where the garbage dump for the city had previously been. The day was filled with noise, complete chaos and about 80 undisciplined kids in a building with a partially cemented floor and a low hanging ceiling propped up by a few large wooden poles and almost no air flow. We tried to sing songs and teach a lesson in our second language to a room full of vaguely disinterested kids, while also fighting against the distractions of the other kids, the noise from the neighborhood and constant interruption. Later, with limited supplies, we offered a coloring sheet as an activity.

To be honest, we did not enjoy it: we loved the kids, just not in such a large group. When it was over, we secretly hoped not to go back to that program. But God called, nevertheless.

A few months later, we were invited to be a part of the team for that ministry program every other Saturday. While we didn’t especially enjoy our previous experience, we also knew there was a need and that we had the time and availability to help.

So we said yes.

Every other week for a year, we faithfully prepared lessons, learned kids’ songs, and attended the church’s services on Sundays when we could. We had no car, so we waited 15-70 minutes for the bus and rode it to the bottom of a very steep hill, which took 15 minutes to climb. By the time we arrived, we often needed clean clothes and a shower!

It was a natural transition for me to work with the kids in the Sunday School program since they were the same kids from the Saturday activities. Over that year of working with the kids on Saturdays and helping/attending services on Sundays, we got to know Pastor Gilbert better, who had just started working to revitalize and replant this church. We also got to know the families in the church and the community. Eventually, our “visitor” status changed to church family members, where we were invited to birthday parties, family events and people opened up about their struggles with us.

People came to know Jesus, marriages were healed and restored, forgiveness was offered and people deepened their faith.
Tweet

Towards the end of 2013, Pastor Gilbert asked us to be part of the new leadership team of the church. He had spent the previous year pastoring alone and realized that he needed help. This was a big deal. In my experience, many Latin American pastors struggle to recognize a need for help. So, after two years of praying and waiting for God to open a door, here was our opportunity. It looked different than what we had imagined when we started, but God led us to this moment to work with a local pastor to replant a church.

We stayed with that community for five years. In that time, the church transformed spiritually and physically. The physical building has changed dramatically: it now has two levels and classrooms for the kids. We brought structure to the kid’s programs (a ministry I grew to enjoy), offered English, music, cooking and “Jobs for Life” classes, in addition to leading worship and preaching on Sundays. People came to know Jesus, marriages were healed and restored, forgiveness was offered and people deepened their faith.

God taught us patience, grace and that worship can look so very different from what we are accustomed to.
Tweet

God taught us patience, grace and that worship can look so very different from what we are accustomed to. Our Spanish improved quite a bit, too. We partnered with this community at least four days a week. While it was never easy, it was extraordinary to see God work in that community. Once we had raised up leaders in the church to do the things we were doing, we moved on to work with another church plant in Acosta, 15 miles south of San José.

Looking back, it is amazing to think how God worked through a kid’s ministry we initially didn’t want to do. By giving us the opportunity to serve, Pastor Gilbert provided us invaluable life lessons and leadership skills to better serve future church plants. Almost a decade ago we arrived with the hopes of blessing a church plant, but we were the ones truly blessed beyond imagination—simply because we said “yes.”

In partnership with ReachGlobal, Angie and her husband Dave serve alongside the local church in Costa Rica and provide theological training with IBAC. Angie also works with women in prostitution and Casa Viva, a local foster care program.