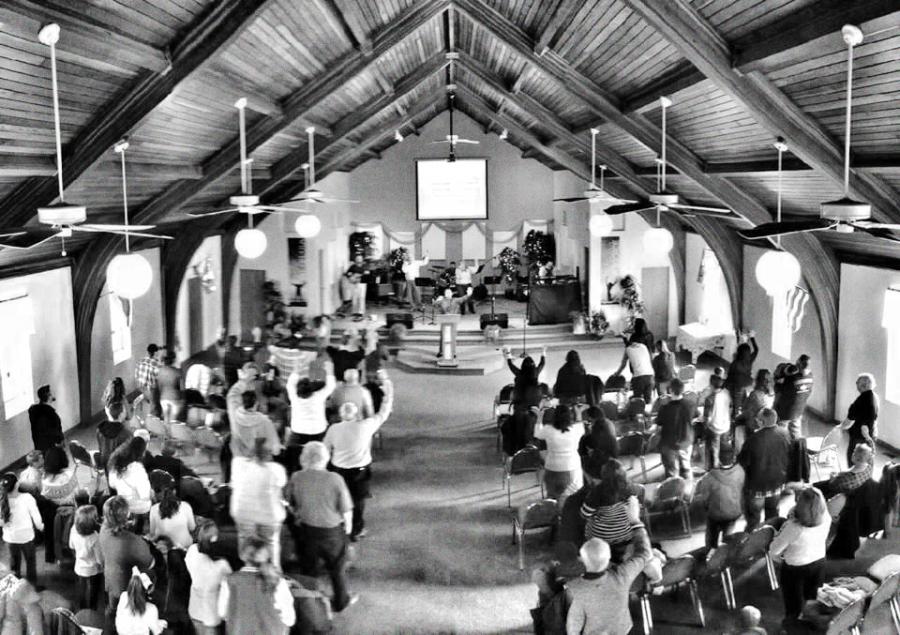 Trusting God in the church-planting process

Why would a small congregation of 75 people sense the need to plant a new church in Pueblo, Colorado? This was a persistent thought in my mind as our church prepared to give birth to a new church plant.

Even though the step may not have sounded logical to some, we felt that we were following God’s clear calling. Several years back, in 2014, our elders and I possessed a kingdom-minded goal: to do something so big that if God was not involved, it would fail. We had just finished up a sermon series about the greatness of God. After all of our teaching and preaching about God’s greatness, we had to ask ourselves: Did we really believe it? What if we ventured out into something so big that if the Lord was not in it, the plan would fail? Rather than work to grow our small congregation, we felt the call to attempt something new and plant a church on the north side of town.

I felt a sense of anxiousness and excitement simultaneously. Fountain of Life Community Church, where I serve as lead pastor, was full of energy and joy as we prepared to help a new church be born.

It was all God

As our small church in Colorado planned a dream beyond ourselves, God seemed to be working at a distance in Peoria, Wisconsin. A young couple, Matthew and Kate Haslar, were seeking direction from God to plant a church in Colorado.

Matthew and Kate Haslar with their children, Phillip and Abigail.

“The call to plant a church in Pueblo started when God was prompting our hearts to do three things: to take a risk, be willing to sacrifice and to increase our passion for evangelism,” Matthew says. As he and Kate prayed about how they were to live out these challenges God was laying on their hearts, they learned that the EFCA was interested in planting a new church in Pueblo, Colorado.

I knew that this was God working behind the scenes.
Tweet

Unbeknownst to the Haslars in Wisconsin, earlier that year, at a church vision banquet in 2014, our church announced a vision to plant a new church in North Pueblo. It was risky because it felt like we did not have the financial resources or manpower to pull it off. Our church was barely making budget, but we were devoted to following this call we’d heard from God. When we cast this vision to our church family at the banquet, we were overwhelmed by the response: The entire church came together, overjoyed to help plant a new church. It was such a confirmation that this dream was from God.

A few months after the banquet, I received a phone call from Jeremiah Clapper, the church planting director for the Rocky Mountain District. He told me about a young couple from Wisconsin who had been praying about starting a new church in Southern Colorado. It was at this point I knew that this was God working behind the scenes. A few months later, we met with the Haslars and began to dream about about this new church plant in Pueblo. We chose north Pueblo because it was an area witnessing residential and business growth. After much prayer, we sensed the area was cultivated for spiritual growth and receptivity.

Matthew and Kate were immediately drawn to the opportunity, but they wanted to make sure that their excitement was God’s calling and not simply from their own desires. We all began to pray and fast and seek after God’s will in this matter. After a period of time, the Lord confirmed the move and the plant location in the north side of town.

In October 2015, Matthew began a one-year church plant residency at Fountain of Life Community Church. Matthew and Kate were the first couple to go through our new church planting residency program. And after one year of intense leadership training and development, Matthew was officially sent out on December 5, 2015.

By the grace and providence of God, the dream had become a reality! Ten years after I assumed the lead pastor role at Fountain of Life, we were ready to plant a new church.

Partners working for the same cause

In 2016, GraceLife Church was born. As the sending church, we sent out 18 people from our small congregation to help plant this new body of believers. Some of them assisted Matthew with the worship service and children’s and nursery ministry, and one of the men became the GraceLife church treasurer, later serving as one of the first elders in the newly established church.

GraceLife began hosting informational meetings throughout the Pueblo area. The meetings were created to help new seekers learn more about the vision of GraceLife Church and how to get involved, and they were held at the Fountain of Life building and the YMCA of Pueblo. As the momentum grew, GraceLife Church was ready to launch.

“We chose the name GraceLife because as we’ve lived in the community, we’ve seen so many people who feel like they’re broken and they can’t move forward, but we know that the grace of God can reach out to them, to find this place where they belong, this place where they can find healing and joy in Christ,” Matthew says.

“We want to be a community that is passionate about loving Jesus, loving others, and loving our city,” he says.

Our congregation at Fountain of Life continues to thrive in the Pueblo community as a small congregation. Matthew and I continue to network together in reaching our community for Christ, and both churches continue to grow in numbers and influence. Since the new church plant, I have had the privilege of serving on the Rocky Mountain Church Planting Team and teaching at our Church Planting Boot Camp twice a year.

Many churches throughout the EFCA, whether they have a congregation of 50 or 500, share a vision to multiply kingdom churches in every town and state and region. But every church will have a different background, context and goals. The way that God worked in the Pueblo community will likely be different from the way He works in your own community.

We do not see other churches as competition but as partners working for the same cause.
Tweet

Church families and leaders who feel called to plant other churches should begin openly discussing and discerning the process of church multiplication. Start a discussion with elders and leadership teams. What would it look like for your church to plant a transformational church in your neighborhood? How can we open this conversation to our brothers and sisters in the church, both those who serve on leadership and those who do not?

Talk openly about why church multiplication matters. I am grateful for the ways that my district, the Rocky Mountain district, has prioritized church planting. Whether highlighting this topic in our district conferences or sharing news and advice, our district leaders have always made it clear that planting transformational churches is a priority—and one that we constantly put in front of pastors and churches.

Next, pray proactively. Seek God’s will. Ask Him about the community, about what He wants the church to look like. Then, watch God work. Once we initiated this process, God took over.

How does your church consider the call to plant transformational churches? Share your thoughts in the comments.

Monty serves as lead pastor at Fountain of Life Community Church (EFCA) in Pueblo, Colorado. He and his wife, Jeannine, have been married 22 years and have three children, Kaleb, Jared and Jenisah. He holds a degree in biblical studies from Latin American Bible Institute and a bachelor’s degree in sociology from Colorado State University-Pueblo. Monty also serves as lead chaplain at Sangre de Cristo Hospice and Palliative Care. After losing his dad to cancer in 2009 and his mother to heart disease in 2017, he gained a new perspective about death and dying and helps families who struggle with the concepts of death and eternity.