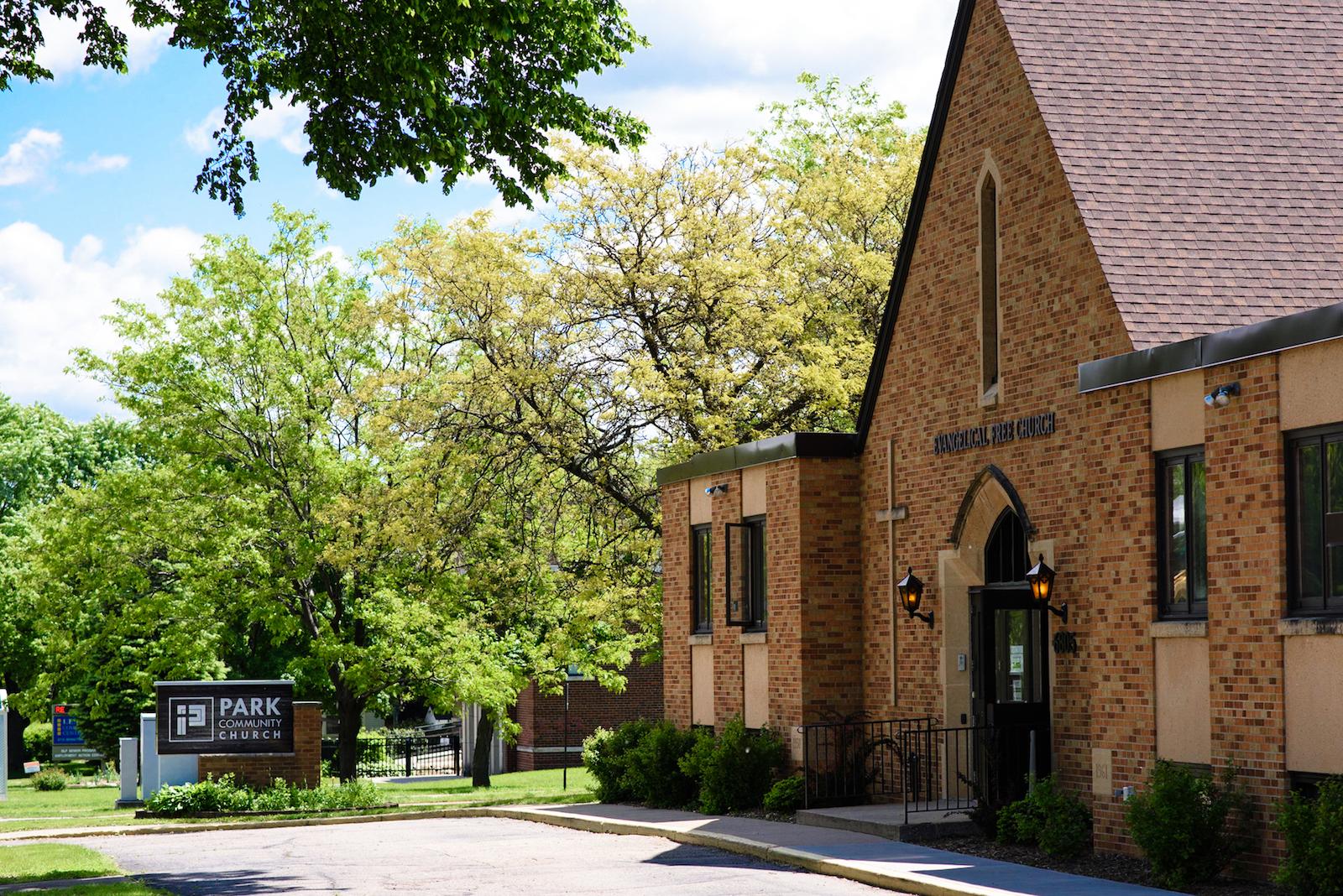 In spring 2015, an interim pastor looked out at the congregation of Park Free Church and said that it was time for the church to either “change or die.”

Following years of dysfunction and decline, Park Free Church, a 70-year-old EFCA church in St. Louis Park, Minnesota, began to recognize that it would take a radical step of faith and the mighty hand of God to revive their ministry.

Just a mile away from Park Free, a young EFCA church plant, CityVision Church, was witnessing slow but steady growth in their second year of existence. I served as the founding pastor of CityVision, and we had a small community of enthusiastic and mobilized members, eager to make disciples in St. Louis Park. Park Free had an older congregation that often felt scattered and exhausted, unsure how to reach a city that had changed so much in the past few decades. CityVision had young leaders and enthusiasm for our mission, but we lacked a permanent presence in the city, as well as the wisdom and support of an older generation. Park Free, led by a body of faithful saints, had a building and an established history in St. Louis Park but needed to be revitalized and refocused.

That spring, as God would have it, leaders from both churches started to ask the same question: Could we more effectively multiply disciples in our city if we worked together?

Several years prior, in late 2013, CityVision had rented space from Park Free for Sunday evening services. As our needs changed, my fellow leaders and I sought to move to worship services on Sunday morning. We found a dance studio in the city and began renting space there. During that year, CityVision began to develop our own identity, culture and purpose.

These conversations were extremely helpful and necessary in helping both churches craft a wise, Spirit-filled plan for the merger.
Tweet

Around the same time, Park Free found an interim pastor, David King. David, who ended one of his final messages with that call to either “change or die,” was instrumental in Park Free’s gradual transformation. Although there was resistance to the idea of merging at first, he helped shepherd the congregation toward the need for a dramatic change.

Meanwhile, CityVision had begun to max out space at the dance studio. We knew that something needed to change, but we weren’t sure what it was. By God’s providence, David soon approached me about the possibility of uniting our two church families.

Throughout summer 2015, the two elder teams of our churches met on a regular basis to get to know each other and discuss the logistics of a possible merger. We communicated openly and frequently with both congregations. Ultimately, Park Free offered a pastoral call to both myself and Ben Brandt to serve as pastors of the new church family.

A merger was both unconventional and risky. It took many conversations between the church leadership and district leadership to get on the same page. With patience and openness from both sides, however, these conversations were extremely helpful and necessary in helping both churches craft a wise, Spirit-filled plan for the merger.

Finally, on August 10, 2015, 54 members of Park Free and 54 members of CityVision voted unanimously to form a new church, trusting God’s vision to move in St. Louis Park. We were now united as Park Community Church.

Challenges along the way

As you can expect, there were a number of challenges we faced as we united two distinctive church families.

A primary challenge was unifying two very different congregations formed by two very different generations. Park Free had a strong culture developed by the “Silent Generation” in the 1940s and 1950s, whereas CityVision’s culture was built by Millennials in 2013-2015. Although these differences still raise issues that we are working through, we embrace the tension, knowing that we are truly better together. Our personal cultural preferences must take a backseat to God’s call to love one another and live in unity as brothers and sisters in Christ.

We also endeavored to move the new, merged church from a programs mindset into a discipleship mindset. As an established church, Park Free had understood discipleship as being part of the programs that were offered at the church building. CityVision saw discipleship as a lifestyle that occurred outside of the church. The new church needed a common foundation and shared language as it pursued a vision of being relationally driven.

Sometimes small cultural preferences caused tension. Early on in the merger, we saw a clash of cultures over coffee. Park Free had a standard that no coffee was served in the sanctuary, whereas CityVision had been serving coffee in our previous sanctuary. Three weeks after the churches merged, an older member called me to raise the coffee issue. Although leadership had decided that the issue wasn’t a priority, the leaders realized that it wasn’t something that had been discussed with the congregation.

We chose to follow the Spirit’s lead, not past precedent at Park Free or CityVision. I said that I had a personal preference for coffee in the sanctuary but that I was willing to ban it if that’s what was best for the church. I met with this older saint and explained why we didn’t see coffee as a divisive issue for our church. She listened to me and then said, “I guess I never thought about it the way you explained it. Coffee in the sanctuary shouldn’t be such a big deal to me. I guess it’s time for me to get over how we used to do it in the old days. I’ll tell all my friends that it’s time for us to change!”

We were warned by many church leaders that this plan wouldn’t work. Bringing together an established older church and a growing younger church? That sounded like mixing oil and water.

But God’s call was so clear and so strong to both church bodies. People from both congregations have been able and willing, by the Holy Spirit, to lay down their personal preferences for the sake of the gospel. A baptism and prayer service at Park Community Church.

We went into the merger with the mindset that both churches would have to “die” in order to build something new. Both congregations embraced this, and Park Community Church is a new body of believers that isn’t defined by Park Free’s past or CityVision’s future hopes.

The success of this merger can only be attributed to the gospel. We know that the human heart and will, in and of themselves, cannot produce this type of radical transformation. In John 13, Jesus tells us to love one another. In Philippians 2, we are commanded to seek the interests of others as more important than our own. Colossians 1:18 teaches us that Jesus is the head of the Church. We see these commands being fulfilled in Park Community, which point to the church being a work of the Spirit of God. We cling to these truths, seeing Christ’s powerful work among His body. Any success we have seen is not the result of good leaders or good followers but simply the strong, obvious leading of Jesus, our head.

Knowing if and when to merge

We have just celebrated the three-year anniversary of the marriage of these two churches, and today, we see a church family that has been transformed and united by the gospel. While we still face some growing pains, we have seen unity in love win out over personal preferences time and time again.

We believe that this merger, motivated by the gospel and accomplished through the Holy Spirit, can be replicated in church communities throughout the EFCA.
Tweet

Today, more than half of people in our church on any given Sunday weren’t here during the merger; they may not even be aware that it ever happened. It was an incredible experience for those of us who were involved in the process, but now we are looking outward and focusing on how we can send out our people. It is part of our heart for the future to help other churches navigate the same challenges that God so faithfully guided us through.

Throughout the United States, many older churches need revitalization and redirection, and many young church plants need wisdom and counsel. There are declining and struggling churches all around us. Here at Park Community Church, we believe that this merger, motivated by the gospel and accomplished through the Holy Spirit, can be replicated in church communities throughout the EFCA.

Join thousands across the nation for Church Multiplication Sunday: On October 7, 2018, pray with us to the Lord of the harvest (Matthew 9:38) for the making of disciples and planting of churches. Find out more about this special Sunday, including talking points, prayer resources and other updates.

Andrew Peterson serves as the lead pastor of Park Community Church (EFCA) in St. Louis Park, Minnesota. He is married to Brittany, and they met at Crown College, where he received a B.S. in youth ministry and an M.A. in Christian studies while serving on the pastoral staff of an EFCA church. Andrew and Brittany and their children (Avery, Judah and Oakley) live in St. Louis Park, where they love spending time with their family, friends and neighbors, seeing God’s kingdom advanced through the local church.