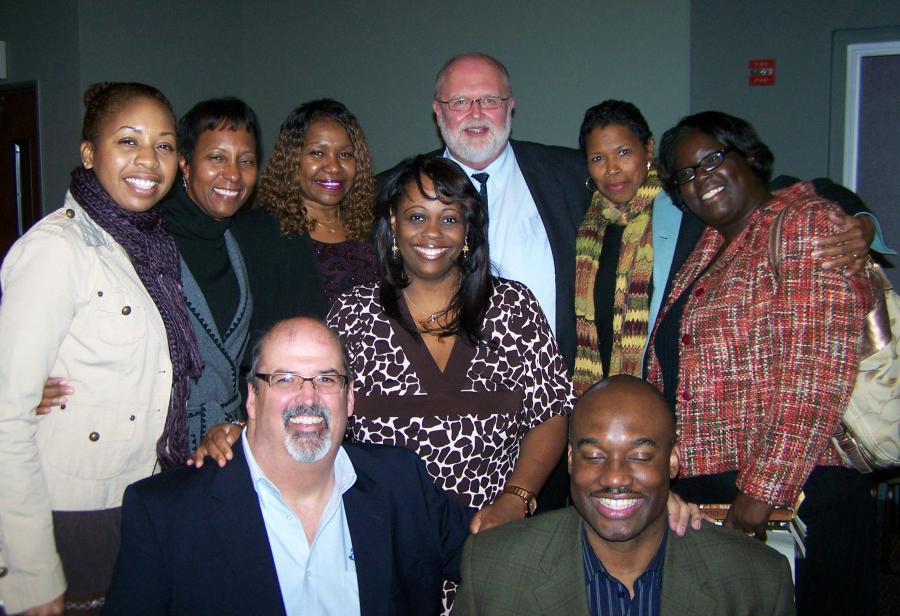 Being Part of the Solution

What initially attracted me to the Evangelical Free Church of America was the value it placed on the priesthood of believers.1 While I have several post-graduate degrees, I am transfixed with the fact that God turned the world upside down with “uneducated fishermen” (Acts 4:1-13).

Please don’t get me wrong: I would rather have the training than not have the training. It is not a matter of should I get seminary training. The ministry of EFCA GATEWAY has always been about changing the conversation from, “Where did you go to school?” to, “Are you called and gifted?”

If you are called and gifted but cannot attend seminary for lack of money, language skill or educational challenges, then GATEWAY wants to be part of the solution. GATEWAY registrar Julie Mandes joins two GATEWAY grads from the New England District Association. Kwabena Osei (at left) is a church planter at Community of Grace in Cape Elizabeth, Maine. Corey Pacillo—associate pastor at Crossway Christian Church in Saco, Maine—went on to enroll in GATEWAY Phase 2. In the photo at top, former EFCA President Bill Hamel (at rear) and GATEWAY founder Alex Mandes (front left) gather with some of the 2010 GATEWAY graduates and instructors in Los Angeles.

GATEWAY started after several frustrated Hispanic pastors wondered, in 2007, why they should even be affiliated with the EFCA movement—after all, they couldn’t attain their national credentials if they couldn’t earn an M.Div. I knew that if our ethnic/immigrant ministers sought only local ordination, they would become detached from our movement and lack theological accountability.

The words, “We will help you” came out of my mouth—more a prayer than a promise.

Shortly thereafter, a “provisional license” was created for those who would commit to a new program composed of learning communities based on the EFCA Statement of Faith and structured like a credentialing council.

Ten years later, GATEWAY has become an alternative, nonformal, theological training program to equip the saints to become trained and, in many cases, credentialed. We are training future leaders. Bill Hamel officiates at a 2013 GATEWAY graduation of leaders from the Great Lakes District.

Since 2007, more than 1,300 students have participated in GATEWAY at 135 different sites, with more than 100 receiving credentials. Many are now serving in key roles of church ministry. While the credential is important, there is a great need to simply “build the bench” of leadership in an ethnic/immigrant church. Without GATEWAY, the bench is thin or nonexistent in many places.

Consider, too, several intended but not advertised benefits: Those who take GATEWAY finish with a love and appreciation for the ethos and mission of the EFCA. And since the facilitators of GATEWAY are credentialed leaders, often of a different race/culture, an amazing cross-cultural love develops.

In my way of thinking, the greatest benefit of GATEWAY is not just that God’s people are given a pathway to do what God has called them to do; rather, the EFCA is saying that we believe in the priesthood of believers for All People—equipping all kinds of ministers for all kinds of churches.

We celebrate the success of GATEWAY and look forward to its future. Consider making a gift to support the EFCA’s work in training the church leaders of tomorrow.

1According to Evangelical Convictions (page 261), “Jesus is the lone Head of the Church (Eph. 1:22; Col. 1:18). This means the church is governed preeminently as a Christocracy not a democracy. Based on the priesthood of all believers (1 Pet. 2:9; Rev. 1:6; 5:9), we believe that the will of Christ for His church is best discerned through the collective understanding of the congregation.”