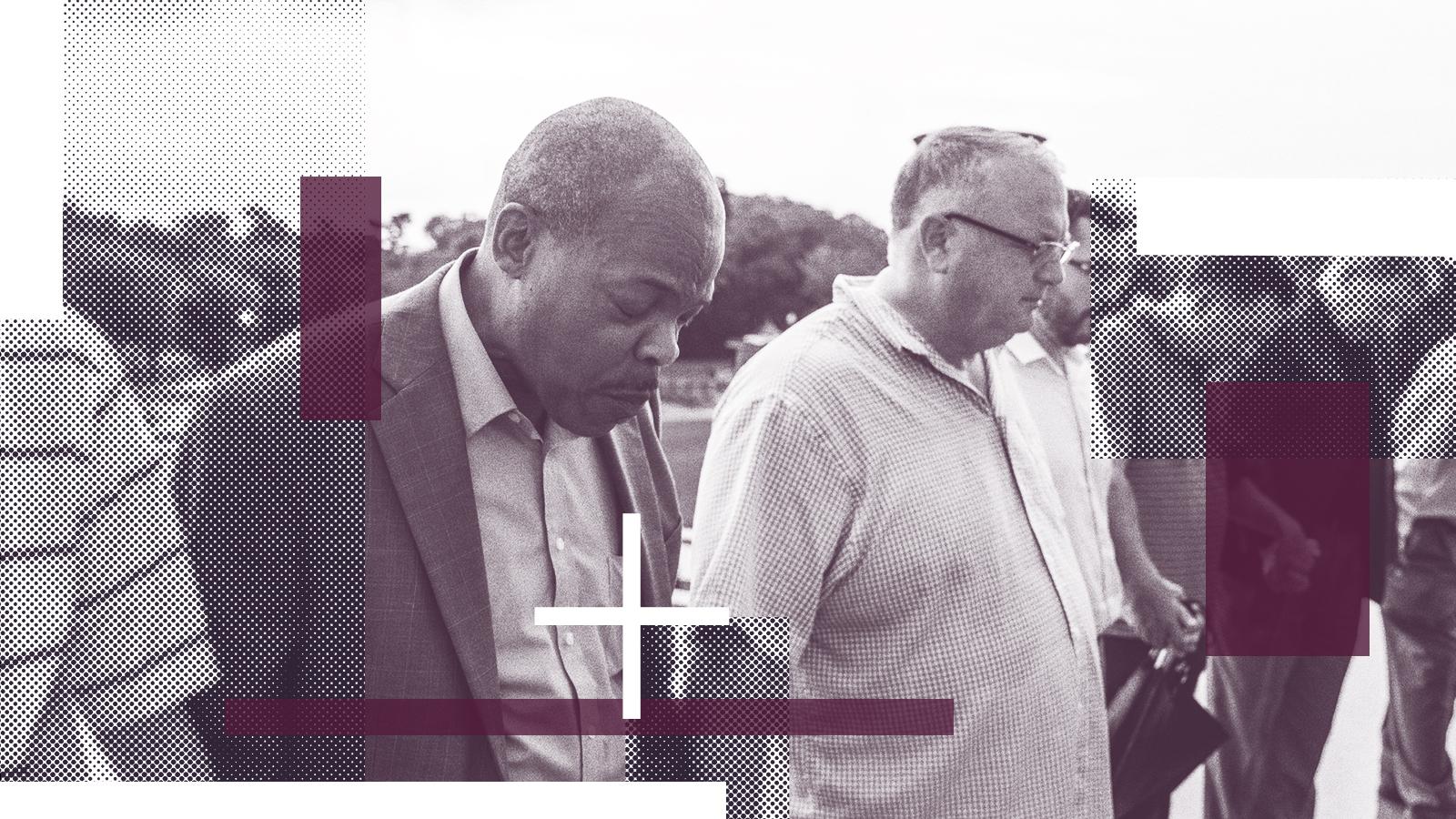 I have lived with racism all of my life. I have lived through Jim Crow, segregation, racial atrocities and dehumanizing injustices—many too vile to write about because pain is still an attendant feature with the memory of them. I do not profess to be a pundit or, by any stretch of the imagination, an authority on racial issues. But I have lived 73 years in the U.S.—23 in the South (Alabama and Louisiana) and 50 years in the North (Illinois)—and so I may know a little something about racism.

I am convinced that the Lord calls the Church, His Church, to stand firm against racism and to ultimately promote and advocate for racial reconciliation.
Tweet

This post is a response to the many questions pastor after pastor has asked me about the recent (and current) events that have sparked and intensified the racial tension in the U.S. It is not my intention to adjudicate these events but rather to focus on the Church’s response. I am convinced that today’s racial climate is an opportunity for the Church to address racism. Furthermore, I am convinced that the Lord calls the Church, His Church, to stand firm against racism and to ultimately promote and advocate for racial reconciliation.

Before offering some of my observations about how the Church can accomplish this task, I need to make a few general remarks.

By definition, racism is abusive and aggressive behavior toward another race, believing that one’s own race is superior and, therefore, has the right to dominate another race. This results in racial injustice and racial discrimination. Additionally, institutional racism—aka systemic racism—is “a policy, system of government, etc., based upon or fostering such a doctrine.” In other words, it’s a form of racism expressed in the practice of social and political institutions. Racism occurs every day in varying forms, and it occurs at both the conscious and subconscious levels. Hence, the Church should be careful to make a distinction between an act of racism and racism itself. Racism is also defined as intolerance of another race, which expresses itself by attempting to silence any and all opposing views through intimidation. (Note: This occurs even within a race.)

One difficulty in addressing racism against the backdrop of the current civil rights unrest is the conflating of many nuanced issues now being associated with racism (e.g., violent protesting, pillaging stores, arson, police brutality, kneeling during our national anthem, etc.). As a result, caution should be exercised when responding to a question—understanding that the answer may well not be applied to the nuance intended, leading to a misinterpretation of the response. Hence, my observations are specific to racial tensions between African-Americans and white-Americans. These general remarks are the boundaries and context for the remainder of this post.

For the Church to stand firm against racism and to ultimately promote and advocate for racial reconciliation, they should:

1. Stop defining racism in every act and situation.

There was a time when racism was being debated, but today, that debate is over. It is an undisputed fact that racism is alive and well. Racism is a thread that runs through the very fabric of our country. Still, every isolated act of violence, injustice, bigotry, etc., is not necessarily racist. Rather, these acts are often rooted in humans’ sinful nature expressing itself through selfishness—from the Garden of Eden, to Cain and Abel, to the Tower of Babel and beyond. The Church, therefore, should not follow the trend of the day, defining every act as racism and every person committing those acts a racist. As the Church, we need to understand and acknowledge that the core issue is our sinful nature, which is evidenced in the acts of all human beings (Rom 3:10, 23).

The Church must stop disregarding the cancer of racism. If not, it will continue to grow, fester and metastasize.
Tweet

While racism is not in every act and situation, when it is present, the Church must not disregard it. The Church cannot see racism and then dismiss it like it doesn’t exist. All too often when we, the Church, witness racism—when we see racial injustice—the response is to look the other way, to cross over to the other side of the street, like the priest and the Levite (Lk 10:30-37). Or we rationalize about how much better it is for African-Americans today than yesteryear. Or we say, “Give it a little more time, and things will change.” Wrong! The Church must stop disregarding the cancer of racism. If not, it will continue to grow, fester and metastasize.

The Good Samaritan (Lk 10:30-37) immediately went to the rescue of the injured man who was of a different race. He cared for the man and provided for all of his needs. He didn’t question the injured man or decide that they—he, along with the priest and the Levite—should have a dialogue with the man about his situation. No! He took action to help. While the Church is to be applauded for having the conversation about racism, the conversation has gone on for too long. In fact, today it seems to me that “having a conversation” is simply a code phrase for lip-service only. It is time to conclude the conversation and stop delaying action.

As the Church, we know Christ’s atoning death and victorious resurrection have not only provided spiritual reconciliation—the pathway to restored relationship between sinful human beings and their holy Creator (2 Cor 5:19)—but Christ’s salvific work has also provided racial reconciliation—the pathway to restored relationship between different races such that hostility, discrimination and injustice no longer exist (Eph 2, Gal 3:28). As one commentator said,

“All the divisions and prejudices that matter so much in the world are abolished in Christ.” (IVP Commentary – BibleGateway.com Gal 3:28, 29)

All humans are created in the image of God (Gen 2:26), and God does not show favoritism (Acts 10:34, 35). This means that racism is sin—it’s disobeying God. As the Church, we need to remember that “it is sin to know what you ought to do and then not do it” (Jas 4:17). CHURCH, stop disobeying God about racism!

The Church has the cure for racism—reconciliation—but we have work to do to make it a reality. God has called His Church to stand firm against racism and effectively deal with it. This is the Church’s responsibility and obligation.

Four resolutions for the future

Only when hearts are changed through the gospel can strife, civil unrest and racial tension begin to resolve.
Tweet

I realize that getting involved can be quite intimidating and can create deep fears and paralyzing uncertainty. Yet, we, the Church must resolutely resolve to get involved. Since the cure for racism is reconciliation, the following are some steps to get the Church there. The Church must:

1. Resolve to reclaim and restore the power and authority of the Church.

It appears as if the Church has surrendered its power and authority to effectively deal with racism and all of its associated expressions. The events in recent months in the U.S. have revealed, in no uncertain terms, the animosity, prejudice, social injustice and cancer of racism that continue to fester and plague this country. No one can deny the extreme difficulties that our country faces; however, the Church should not deny and underestimate the power of the gospel. Only when hearts are changed through the gospel can strife, civil unrest and racial tension begin to resolve. Only then will we see the justice and equality as prescribed in the Declaration of Independence:

“We hold these truths to be self-evident, that all men are created equal, that they are endowed by their Creator with certain unalienable Rights, that among these are Life, Liberty and the pursuit of Happiness.”

2. Resolve to resist the paranoia.

3. Resolve to remove the barriers.

When the power and authority of the Church have been reclaimed and restored, we can begin to remove the barriers that allow racism to survive and thrive—intolerance, cultural traditions, ethnic (segregated) neighborhoods, stereotyping, etc. One barrier, in particular, that is gaining momentum is “white guilt.” White-Americans are being challenged—or required, forced—to apologize to African-Americans and repent for the sin of slavery and subsequently the sin of racism. However, a brief perusal of Scripture clarifies that there is only personal judgment and accountability for personal sin. The one who sins is the one who is held accountable. If a child does right, the child is not held accountable for the father’s actions (Ez 18:1-3;17-20; Deut 24:16) A race does not sin; individuals within a race sin. Therefore, a race cannot be racist, but individuals can be and are. (In Micah 3:1-12, the leaders, individuals were acting unjustly.) If you did not sin against me, then you and I are reconciled; no apology or repentance is necessary. “White guilt” is a barrier that can come down immediately.

May the Church assume its responsibility and obligation to bring to reality biblical, spiritual and racial reconciliation, for which the Lord Jesus Christ died. This is the only hope for the world.
Tweet

Here are a few of my ideas for how to remove some of these barriers:

4. Resolve to get involved.

If the Church is to stand firm against racism, we must resolve to get involved. This means believers must get involved in the political arena. It means believers must take action that begins with speaking out against racism. African-American attorney and author Larry Elder made this point crystal clear when he wrote, “First of all, speak out against racism. Otherwise your silence may be interpreted as tacit approval. You have the…responsibility, to speak out.” Before speaking out, however, be sure to verify that a specific situation is, in fact, truly racist.

While involvement begins with individuals speaking out, there are many civil rights organizations one can align with to express this corporately. However, be sure that you know the mission statement of the organization you choose—that its actions are consistent with the stated mission, that it affirms the equality of all people, that it advances the cause of social justice and does so in legitimate and legal ways, and that it does not violate any biblical mandate.

I trust these observations and steps will motivate the Church to take its rightful place in a world searching for answers. May the Church assume its responsibility and obligation to bring to reality biblical, spiritual and racial reconciliation, for which the Lord Jesus Christ died. This is the only hope for the world.

Bill Reed serves as the area superintendent of Chicagoland ethnic churches for the Great Lakes District of the EFCA. Bill has both a Master of Divinity and Master of Theology degree from Trinity Evangelical Divinity School, and served South Suburban EFC (Homewood, Illinois) as a tentmaking pastor for 16 years before joining the staff of the GLD as a regional superintendent. His many years of ministry with the GLD (since December 1999) have been extremely gratifying as he has been able to pursue and bring to fruition his driving passion of being a pastor to pastors. Bill and his wife, Diana, are parents of three grown children (Kwajalein, William and Kiante) and 10 wonderful grandchildren.