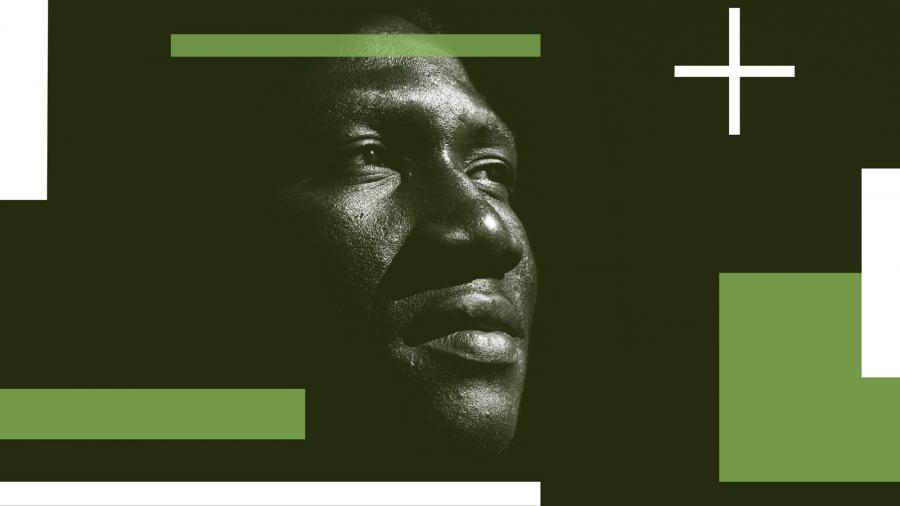 How to Speak Up When Laws Are Unjust

The role of the Church in addressing racial inequality

In advance of the MLK 50 Conference in Memphis on April 3-4, and on the heels of the 2018 Theology Conference, we are considering how the EFCA can continue to pursue racial unity and advance God’s kingdom. This latest post, by Pastor David Spencer, reflects on the call for the Church to stand up for justice.

Why would an officer take the time to stop someone driving barely over the speed limit? To me, the answer is straightforward: It’s because my son and I were DWB—driving while black. Racial profiling is something I and many others have experienced first-hand, but some may hear this explanation and dismiss it outright, insisting that all people must follow the law.

When I hear this kind of reaction to my experience and my son’s experience, I am not surprised. It is not surprising that our nation continues to take one step forward and then two steps back with race relations. The tone of our country’s discourse on race has reached an ugly pitch, largely owing to politicians and leaders whose words negatively affect a nation that simmers with racial tension—all underneath a façade of can’t we all just get along?

As a pastor, I also believe that racial tension continues to seethe because the Church, especially its leaders from the presently empowered culture, has remained silent on the issue. Are churches silent because they don’t understand what’s at stake? Because congregations don’t think race relations are important? Because leaders are afraid of losing support or because they agree with those who spout a racist worldview? I don’t profess to know the reasons, but I do know that the reluctance to discuss injustice from the pulpit is powerfully felt.

“Black congregants… had already grown uneasy in recent years as they watched their white pastors fail to address police shootings of African-Americans. They heard prayers for Paris, for Brussels, for law enforcement; they heard that one should keep one’s eyes on the kingdom, that the church was colorblind, and that talk of racial injustice was divisive, not a matter of the gospel.”

As we consider how our churches and church leaders can champion justice and call out injustice, Dr. Martin Luther King, Jr., continues to be a model for our behavior.

Dr. King was fighting for everyone to be uplifted—not just people of African descent. There have been great strides in opportunities for African Americans since the 1960s, but there have also been great setbacks. African Americans have access to better housing, better jobs and an overall better way of life. But access is not the same as possession.

Injustice surrounds us. From 2008 and onward into the present, while multi-billion dollar corporations are bailed out by the government, many poor and middle-class people are suffering, black and white alike. Today, some politicians and government officials insist on cutting financial aid and other resources to those in need because it is too costly and because some people take advantage of the system. Many executives in the banking industry never served time in prison for financial wrongdoing, and yet many African Americans serve years for possessing a small amount of marijuana. This kind of unequal application of the law is precisely why Dr. King was in jail, responding to clergy who thought that the actions of the Civil Rights movement’s leaders were “unwise and untimely.”

We have the responsibility to act and not to ignore issues that degrade and marginalize human beings who are made in God’s image.
Tweet

Movements for social justice will always be “unwise and untimely” to those who are uncomfortable with the necessity of rapid and righteous change.

Some people are uncomfortable because it is difficult to identify with those who are struggling. They are blind to the plight of the suffering. Someone from the dominant culture once told me, “I never knew these things were going on.” As Patricia Williams wondered in Seeing a Color-Blind Future, “How can it be that so many well-meaning white people have never thought about race when so few blacks pass a single day without being reminded of it?”

Many people in our communities and congregations continue to be oppressed by the weight of racism every day. Outside the Church, I expect change to be slow, but inside the Church, a different kind of response is merited. As Ezekiel 22:29-31 reminds us, there are many biblical mandates for us to stand in the gap for the poor and needy. The cry of the oppressed rises up to heaven, but who hears it on Earth? Does the American evangelical church really hear our cries, or is it only able to hear the cries of those on another continent?

As believers in Christ, we have the responsibility to act and not to ignore issues that degrade and marginalize human beings who are made in God’s image. We cannot act like ostriches, hiding our heads in the sand when confronted with difficult issues.

In confronting racism, we have made progress as a nation, but we never seem to be able to make it to transformation. Why? The human heart is desperately wicked (Jeremiah 17:9). We must stand up for the oppressed, the orphans, the widows and the poor, but our methods will continuously fall short if we neglect the gospel. It bolsters everything we do. Standing firm in the power of Christ, we must stand and stand together.

Now the Lord summons us for the sake of His kingdom, the gospel and humanity.
Tweet

This call for unity, paired with a sense of urgency, is the power of Dr. King’s famous letter from a jail cell. It will never be convenient or timely to take action. Knowing this, let us live consistently in the scholarship and application of God’s Word. It is time and it is wise for us move forward. We must not remain silent.

We can speak up by asking our church leaders about how issues of racism and injustice are discussed (or not discussed) within our community. Listen and connect, with humility and love. Start meaningful conversations with people who are not like us about discrimination in and outside of the Church. Hold leaders accountable for statements that may contradict biblical beliefs. Be strong and have courage, trusting in the work of the Holy Spirit to change our communities and our hearts.

The Lord summoned Dr. King as his jail epistle reverberates from the past. Now the Lord summons us for the sake of His kingdom, the gospel and humanity.

David B. Spencer is the founding and senior pastor of The Church of Chicago, an Evangelical Free Church, where they exist “to proclaim the kingdom of God with an anticipation of Christ’s soon return.” He serves on the board of the EFCA Great Lakes District and holds degrees in music education and a Master of Theology degree from Dallas Theological Seminary. David has been married to Dolores for 31 years and has three children (Tenia, David II and Terrence).