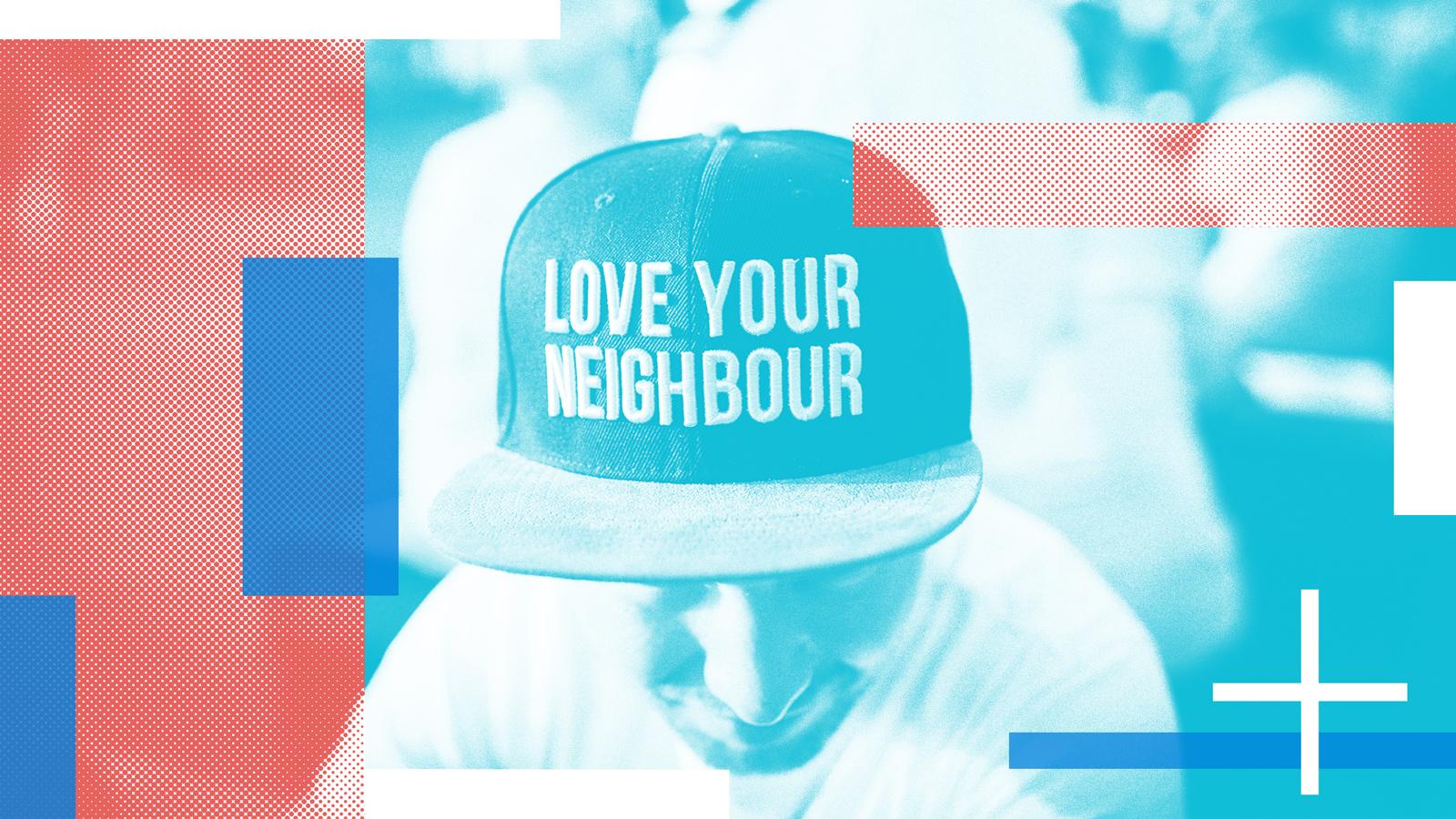 The history of Latinos in America is complex story—and one that includes a good deal of white Christian prejudice and unjust treatment.

From the late 15th century to the early 19th century, the Spanish and the Portuguese conquered and then colonized the indigenous people of what is now Latin America, spreading Roman Catholicism by the power of the sword. “In 1492 Columbus sailed the ocean blue,” seeking a maritime route to what he called the “East Indies.” He took a Hebrew interpreter, just in case the natives really were the descendants of the 10 lost tribes of Israel. He rowed ashore an island in the Bahamas, named it after Jesus (San Salvador, “holy savior”), planted a cross and a flag and claimed its land for Catholic Spain.

There were some honest efforts at Christian missions in Latin America in the early modern period.
Tweet

In the decades that followed, Hernán Cortés, Francisco Pizarro and thousands more conquistadores appropriated the land and natural riches of the Caribbean and Central and South America, “Christianizing” the continent with ruthless efficiency. In 1552, Bartolomé de las Casas, the first priest ordained in the Western hemisphere, released an exposé of this European pillaging, The Destruction of the Indies, excoriating his fellows:

“Now, in God’s name, you who read this, consider what kind of actions are these which surpass every conceivable cruelty and injustice, and whether it is accurate to call such Christians devils and whether it would be any worse to allocate the Indians to devils from hell rather than to allocate them to the kind of Christians who are in the Indies.”

There were some honest efforts at Christian missions in Latin America in the early modern period, although many of them, of course, remain quite controversial. In fact, as early as the mid-16th century there were missions in the present-day United States.

Spanish missionaries toiled in what is now the southeast from the 1560s, winning thousands of new converts to Catholicism. In 1598, 400 Spanish settlers moved to present-day New Mexico with eight Franciscan missionaries. They settled near El Paso, planting churches and the largest and most durable Spanish outpost in what is now America. And in the 17th century, Franciscans like Junípero Serra spread the gospel on the country’s west coast. In 1769, Serra founded California’s first Christian congregation, called Mission San Diego, the first of 21 Franciscan missions in the state.

What few of us recall is that most of what is now the southwestern U.S. was sparsely settled Mexican land in early 19th century—and that whites moved in from the eastern U.S. and took these holdings by a combination of force and public money.

More Anglos settled in the southwestern territory, subjugating its natives and Latinos as they went and contributing to a culture of despair in the region.
Tweet

In 1821, the nation of Mexico was born after a decade-long war of independence from Spain. Its Texan citizens rebelled in the mid-1830s, giving birth to the Republic of Texas in 1836. And in the name of what was then called “manifest destiny,” President James K. Polk annexed this new republic in 1845, moved troops to the region and responded to the skirmishes provoked by their presence with an all-out war on the Mexicans.

Polk won this nasty conflict in 1848, which resulted in the cession to his government by Mexico most of what we now call the southwestern states—55 percent of the territory originally claimed by Mexico, a swath of land equivalent in size to western Europe—for $18 million.

In the wake of all this fighting, more Anglos settled in the southwestern territory, subjugating its natives and Latinos as they went and contributing to a culture of despair in the region. As Moises Sandoval has written in On the Move: A History of the Hispanic Church in the United States, “The people felt that no matter what they did, they would remain on the periphery of the economic, political, and social systems.”

A people on the move

Migration has characterized the lives of many Latinos in the wake of these disruptions, as those displaced by warfare and general exploitation have moved in search of work and a stable way of life.

The California Gold Rush of 1849 moved thousands more people to the west in short order. By 1850, “the golden state” had 380,000 people, 15 percent of them Hispanic. But only 1 percent of migrants to that state would be Hispanic during the next half century, as whites made it difficult for other groups to settle.

And from the late 19th through the mid-20th century, Hispanic migration fluctuated rather wildly with the needs of white Americans for low-wage workers. Their migration to the Southwest spiked in the 1880s when new, federal immigration laws curtailed the number of Chinese and Japanese migrants. (Perhaps this is the place to point out that Chinese neighborhoods all over the western states were destroyed in this period, as the fear of “Yellow Peril” led to anti-Asian violence—such as the L.A. Chinese massacre of 1871, the largest mass lynching in all of U.S. history—and the exploitation of the “coolies” and other Asians, such as Japanese and Korean farm workers in Hawaii, California and elsewhere. Asians, too, have suffered under white Christian prejudice in this country for a long time. Their stories have received less attention than those of most other ethnic groups, but they deserve a broader hearing.)

During the Great Depression, our Mexican population fell by more than a quarter million, as many were deported to save jobs and money for whites.
Tweet

In 1898, during the Spanish American War, many Cubans moved to Florida and many Puerto Ricans moved across the eastern states. The Mexican Revolution broke in 1910, eventually causing more casualties than the U.S. Civil War (more than a million people died).

Many were displaced and, from 1910 until 1925, the U.S. admitted 660,000 Mexicans while 300,000 more moved here illegally. During the 1930s (America’s Great Depression), our Mexican population fell by more than a quarter million, as many were deported to save jobs and money for whites.

But in 1942, during World War II, the State Department struck a deal by which seasonal workers, usually known as braceros, would be brought back from Mexico. From 1942 until 1964, 5.2 million Mexicans labored as braceros, leading to further undocumented movement across the U.S. border as well.

Protestant missions to Latinos commenced in fits and starts but then accelerated during the 20th century.

In 1833, Reverend Sumner Bacon, a Cumberland Presbyterian, took Spanish Bibles to Texas as an official colporteur of the American Bible Society, and David Ayres, a Methodist, did much the same thing. In 1852, Melinda Rankin, a Presbyterian, moved to Brownsville, Texas, started a Spanish school for girls, and eventually became the first female missionary to work south of the border, doing similar work in Mexico.

In the mid-1850s, Ambrosio Gonzáles, called the first Protestant convert on formerly Mexican land, became a Methodist class leader in New Mexico. In 1853, Benigno Cárdenas, an erstwhile Roman Catholic priest, became the first Hispanic Protestant ordained in the southwest. And other Protestant evangelists appeared hither and yon throughout the rest of the 19th century.

In 1906, Protestant missions to Latinos gained speed rather quickly as a result of the Azusa Street Revival. Many Hispanics became active participants in that California Pentecost and energetic, Spanish-speaking evangelists. In 1911, Vernon McCombs, an evangelical missionary serving in Peru, became the leader of the northern Methodist Los Angeles Latin Mission, helping found nearly 70 Mexican missions in California over the next 10 years. In 1918, Alice Luce began the first Spanish-speaking Assemblies of God church in Los Angeles. And in the decades that followed, charismatic and Pentecostal evangelicalism, especially, spread throughout the Latin American world.

A struggle for civil rights

Hispanic civil rights work went without support from most white evangelicals, though it did receive support from some mainliners and Catholics.

In 1962, the Catholic layman César Chávez (with the help of Dolores Huerta) founded the now-famous United Farm Workers of America to fight for labor rights on behalf of migrant workers. In the mid-1960s, the Hart Celler Act, which capped Latino immigration, as well as the U.S. Civil Rights Act, the Voting Rights Act, and President Johnson’s War on Poverty, initiated mainly to put an end to Jim Crow, also spurred the Mexican-American Movimiento, a movement for Chicano civil rights in this country. Beginning in the 1980s, many faith-based groups started the “sanctuary movement,” revived in recent years, offering shelter from officials for undocumented immigrants.

Though white evangelicals helped with almost none of this, we have been involved in recent evangelistic and church work with Latin American friends.

During the 1980s, in fact, roughly 60,000 Hispanic Catholics per year became Protestant—at an accelerating rate. By 2000, 9.5 million claimed to be Protestant (out of 35 million Hispanic Christians altogether), and more than three-fourths of these were Pentecostal or Charismatic.

In 2001, Reverend Samuel Rodriguez and other evangelicals gave birth to the National Hispanic Christian Leadership Conference, building on earlier work by statewide and regional Latin groups, most notably the Alliance of Evangelical Ministries, founded in 1992 and led by Dr. Jesse Miranda, an evangelical statesman. The NHCLC has 16 million members in over 40,000 churches. It has ties to the National Association of Evangelicals, but the history of Latinos and Latinas in the world of white evangelical leadership has left it operating on its own.

White Christians have improved in interpersonal work with Hispanics. Many evangelical churches and schools have reached out to Hispanics, and the Evangelical Free Church has done much better than most (with such ministries as Immigrant Hope, and I recommend the chapter “The Evangelical Free Church of America” in Los Evangélicos: Portraits of Latino Protestantism in the United States, eds. Juan Francisco Martínez and Lindy Scott). But we have miles to go, as Robert Frost once wrote, before we sleep.

Drawing from this complex history, how can EFCA churches and leaders minister well to Latino and Hispanic communities? Share your thoughts in the comments.

Read part 4 next: “A Call to Evangelicals in Multiethnic America”

This post is based on Dr. Sweeney’s lecture at the 2018 Theology Conference, “Miles to Go Before We Sleep: American Evangelicals and Racial and Ethnic Sin.” Read part 1 and part 2 in this series, and listen to the full speech in the EFCA Theology Podcast episode. Stay tuned for the next and final part of this series.