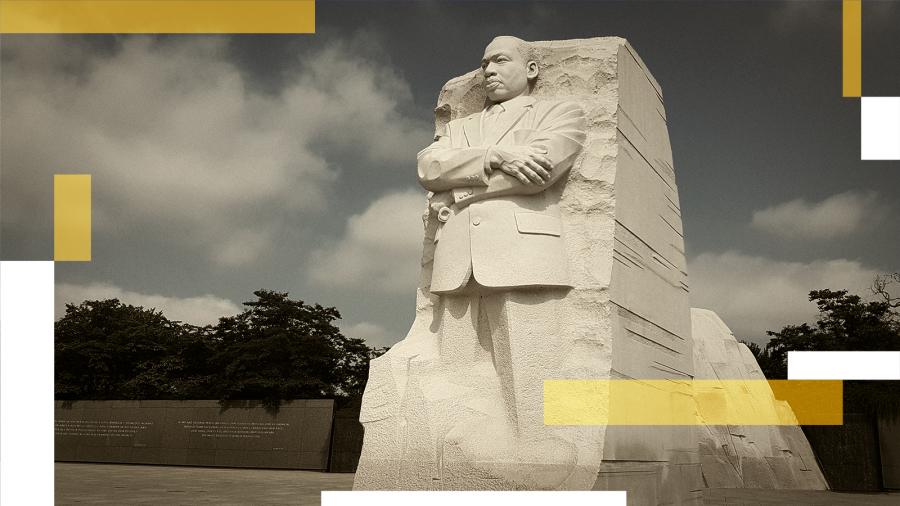 Learning From the Life of Martin Luther King Jr.

The ministry of the gospel pursued

Martin Luther King Jr. Day is an annual celebration that is observed on the third Monday in January. This year we remembered MLK on January 21.

MLK was born on January 15, 1929 in Atlanta, Georgia. He was assassinated on April 4, 1968, in Memphis, Tennessee. He was shot on the balcony of the Lorraine Motel and brought to St. Joseph’s Hospital, where he was pronounced dead. In between, MLK was an American Baptist pastor, and he was actively engaged in and a leader of the civil rights movement. One of the fundamental issues in the civil rights movement was the biblical truth of human dignity, the truth and reality that all men are created in the image of God (Gen 1:26-28), the imago Dei, and therefore all have dignity and worth and are to be treated accordingly.

As we pause to remember Martin Luther King Jr., it is also good to ponder some of his memorable words/statements. These words were neither abstract nor trite. They were uttered grounded in his commitment to God and the Scriptures, and they were lived out in his life. I share three of those memorable utterances, from different vantage points in his life, in chronological order in which he made these statements. It will give a sense of MLK’s heart and passion flowing from the truth of the Bible.

For MLK, a goal certain was the end of segregation as an institution, but that was really a means to the end of reconciliation and the "creation of the beloved community."
Tweet

In this first statement, at the conclusion of the Montgomery bus boycott on December 3, 1956, during which Rosa Parks was arrested when she refused to give up her seat on the bus to a white person, MLK made it clear that the ultimate goal was reconciliation, and most everything he worked for, his major emphasis in all of his civil rights work was reconciliation. He said:

For MLK, a goal certain was the end of segregation as an institution, but that was really a means to the end of reconciliation and the “creation of the beloved community.” This community was the church of Jesus Christ, which was built on God’s love in his Son and the command to live in that love. Lest it be thought this work was brought about through human means, he reminds hearers “that God is working in history to bring about this new age.” We in the EFCA articulate it as follows, which is embedded in our Statement of Faith, which is a summary of the Bible’s teaching: “God commands us to love Him supremely and others sacrificially, and to live out our faith with care for one another, compassion toward the poor and justice for the oppressed” (Article 8). This is a manifestation of God’s promise “to redeem a people for Himself and to make all things new for His own glory” (Article 1).

On April 17, 1960, Meet the Press, MLK addressed the problem with segregation in our churches. This beloved community did not look like the community Christ created, through his death, burial and resurrection:

I think it is one of the tragedies of our nation, one of the shameful tragedies that 11 o’clock on Sunday morning is one of the most segregated hours, if not the most segregated hours in Christian America. I definitely think the Christian church should be integrated, and any church that stands against integration and that has a segregated body is standing against the Spirit and the teachings of Jesus Christ and it fails to be a true witness. But this is something that the church will have to do itself. I don’t think church integration will come through legal processes. I might say that my church is not a segregating church, it’s segregated but not segregating. It would welcome white members.

MLK’s statement still rings true, and statistically, it remains accurate: “it is one of the tragedies of our nation, one of the shameful tragedies that 11 o’clock on Sunday morning is one of the most segregated hours, if not the most segregated hours in Christian American.” This is changing some, but generally, this is an accurate description of the church in America in 2019. And just as accurate today as then, and as always, reconciliation and integration will not be legislated. It is a divine work of God, and thus it rests upon God’s work in Christ and applied by the Spirit in individual lives and in the church to preach and live out these truths as one new humanity (Eph 2:14-16).

This is a picture of the redeemed that will ultimately be fulfilled in the new heavens and the new earth, consisting of those around the throne of God who have been ransomed by the blood of Christ, people "from every tribe and language and people and nation."
Tweet

In this last statement made on August 28, 1963, MLK spoke words that have become his most familiar and oft-quoted words. They were spoken during the March on Washington for Jobs and Freedom rally to about 250,000 supporters, in which he calls for civil rights, job equality and an end to racism. MLK concludes his speech with prophetic hope, grounded his conclusion with biblical imagery and biblical hope, noted in his recurring refrain, “I have a dream.” Here is an excerpt:

This remains a dream and a prayer. This is a picture of the redeemed that will ultimately be fulfilled in the new heavens and the new earth, consisting of those around the throne of God who have been ransomed by the blood of Christ, people “from every tribe and language and people and nation” (Rev 5:9). Because it is grounded in the finished work of Christ, this is a sure and certain hope that God will bring this to pass for the people ransomed by the blood of Christ. And until then, we as believers do what we can to rest in the new community God has created through Christ (Eph 2:14-16), and we are “eager to maintain [“being diligent,” “make every effort”] the unity of the Spirit in the bond of peace (Eph 4:3).

I conclude with a testimony from John Piper, in which he proclaims, Ethnic Arrogance Dies Beneath the Cross. Some of you will be familiar with his story of how he was saved not only from his sin against God, and his deserved wrath and eternal condemnation, but also from his sin of racism against fellow human beings. In a brief recollection of how ethnic arrogance dies beneath the cross of Christ, Piper recounts:

I didn’t always love Paul for his work of ethnic reconciliation. There are years in my past for which I am ashamed – years of racism when I was so in the thrall of my Southern culture of the 1950s and 1960s that I could not see what was staring up at me from the pages of Paul’s letters. I don’t say it that way to lessen my own guilt, as though I could somehow blame my blindness on culture. I was a more-than-willing accomplice in the racial ugliness of those days. I’ve told the whole story in Bloodlines: Race, Cross, and the Christian.

Paul writes about the miraculous work of God in Christ as he focuses on the cross of Jesus Christ, his abolition of enmity between man and God, and between man and man, and through this creation of one new humanity through the cross of Christ, he makes peace, reconciles and destroys hostility (Eph 2:11-22). Piper notes, “These are revolutionary words. . . . And they are not first and foremost political words, or social-justice words, or civil-rights words, but gospel words. They are blood-bought, Christ-exalting, heaven-opening words. They are the triumphant fruit of the death of the Son of God.”

Piper concludes with how God’s truth penned through Paul has formed and shaped him and everything he has done:

Brothers and Sisters, in light of this reality biblically,
and in light of the division and divide ethnically and racially in the world, even among believers in the church,
how and why and in what ways are we impoverished spiritually and relationally,
and what is God calling us, prompting us, commanding and compelling us to do in the power of the Spirit?

Brothers and Sisters, may God do a new thing among us as we await the day when he makes all things new.