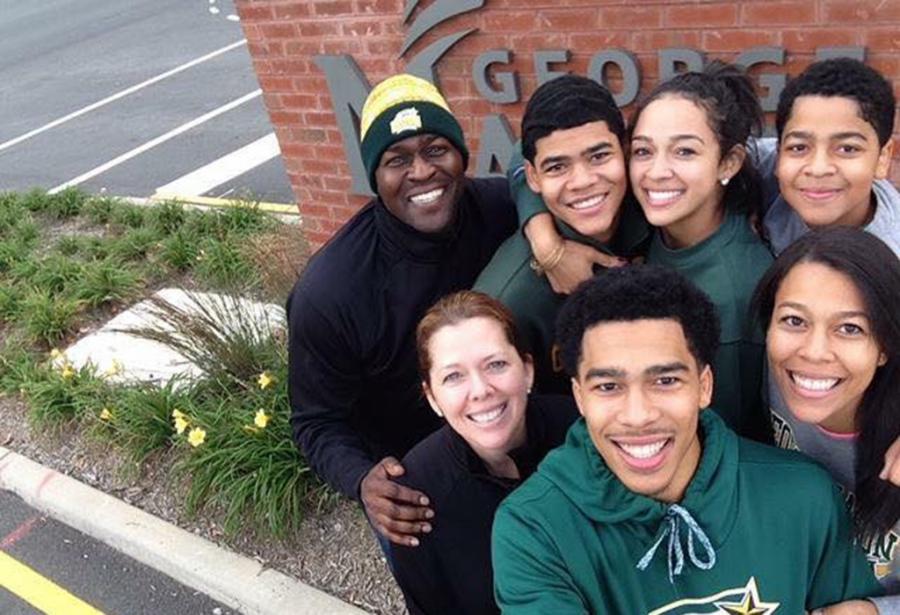 In 2016 the film Loving hit the big screen, hammering home a topic demanding attention by the household of God, the Church.

The heartfelt film was inspired by the Loving vs. Virginia trial of 1967—the breakthrough civil rights decision of the United States Supreme Court that overturned laws prohibiting interracial marriage. The case was brought by Mildred and Richard Loving, a black woman and a white man who were sentenced to a year in a Virginia prison for marrying each other.

Not surprisingly, the verdict was followed by an increase in interracial marriages, now sometimes called “intermarriage,” in the United States. In 2010, about 15 percent of all new marriages here were between spouses of different races or ethnicities—more than double the share in 1980 (6.7 percent).1

In addition to being more common, interracial marriages are also more accepted. According to a 2014 Pew Research Center article, 37 percent of Americans say these marriages are a good thing for society, up from 24 percent only four years earlier.2

Yet here’s my concern: Is society outpacing the church in its acceptance of interracial marriages? And is that acceptance tied to how well the Church itself is doing at being multiethnic/multicultural?

It’s difficult to determine how many interracial marriages exist within U.S. churches. But we can look at our congregations overall.

A church is defined as multiethnic or multiracial when at least 20 percent of its membership is not from the congregation's racial majority.3 A 2010 Faith Communities Today Study4 found that less than 14 percent of U.S. congregations are considered multiracial (somewhat parallel to the EFCA's 13 percent).5

My guess is that this low percentage of overall multiethnic flavor (as compared to how 37 percent of our culture welcomes these marriages) has a direct effect on whether people in interracial marriages feel comfortable in our churches. The church still has some work to do here.

Personal culture must always fall into submission to the culture of Christ.
Tweet

As pastor of a multiethnic church for 20 years, I’ve concluded that many pursue this diversity for various reasons, but few stay in it because it’s a complicated kingdom work—which requires a continuous vetting process of one’s heart and the heart of the church.

For example, we are naturally inclined toward self-preservation—comfortably seeking and sustaining what is comfortable and safe. Yet within a multiethnic church, nothing is “homogenously safe.” The heart of Christ seeks only to preserve the culture of Christ. Thus, the heart and mind of Christ should always, in every situation, trump personal culture with the love card.

Therefore, if church leaders are not intentionally pursuing the joys and complexity of multiethnic community in a spirit of love, then role models are lacking for members’ interpersonal relationships. Instead, believers in interracial marriages might well seek out churches that model the same intentional “marriage” of cultures.

“It seems everyone at Commitment is in an intercultural relationship,” observes Sarah Vega. “We are actually the majority.” Sarah, who is Jamaican/Irish, is married to Christopher, who is Puerto Rican. “It is easier to speak with those like you,” says Sarah Vega, pictured here with her husband, Christopher. “But as followers of Jesus Christ, we have to be willing to be uncomfortable so that other cultures might become comfortable in Him.” The top photo shows the Livingston family. “There haven’t been any churches where we felt like we were not accepted,” Otis Livingston says. “But most churches were predominately one race or another, and that didn’t represent our family.”

“When we began searching online for a church,” says Christina Gordon, “we came across Commitment and were immediately drawn to its description as ‘a place for all nations’ and its history as a multicultural place of worship.”

Christina Gordon, who herself is Japanese/Lebanese, is married to Devin, who is African American. “The first day we nervously walked through the door, I remember noticing that the couples sitting together not only represented interracial marriage but looked like a poster for it!

“Just a little over 50 years ago, my marriage [would have been] illegal. And that’s crazy to think about.”

The heart of Christ seeks only to preserve the culture of Christ.
Tweet

Hispanic church leaders see the same dynamic. It’s important to note that “Hispanic” is not a race but comprises many diverse cultures already, according to Alex Mandes, executive director of the EFCA All People Ministry. In fact, more than 25 percent of Hispanics already marry outside their culture:6 Venezuelans with Cubans, Puerto Ricans with El Salvadorans. “So when interracial couples come to our churches, it’s not a big deal,” he says.

This conversation was officially, publicly tabled with Loving vs. Virginia in 1967, but here we are 50 years later, still talking about it. Unfortunately, some believers misread Moses’ admonition in Deuteronomy 7:1-4 to “not intermarry with them” as meaning to not marry outside your race or culture. However, that Scripture was not aimed at individual men and women; it has always been about people and the God they worship.

In verse four the warning that still remains today is, “For they will turn your sons away from following Me….” Here’s the deal: If anyone or anything has such influence on us, we should never entertain it—not to mention marry it!

I strongly believe that Moses was expounding the same thought the apostle Paul had written in 2 Corinthians 6:14: “Do not be yoked together with unbelievers. For what do righteousness and wickedness have in common? Or what fellowship can light have with darkness?” “I knew we would be accepted the first day we came, because of all the flags hanging up in our sanctuary,” says Josh Boyer, pictured here with his wife, Gianna.

I’ve learned over the years that sustaining a healthy multiethnic environment or being a church that’s inviting to interracial marriages doesn’t just happen naturally. To aid in the transformational work of the heart of your church, here are some practical suggestions:

Personal culture must always fall into submission to the culture of Christ. When the love of God prevails in His Church, then race or culture is not the priority in marriage but rather if the man and the woman are equally yoked through the finished work of Jesus Christ.

In this, as in the 1967 Supreme Court decision, love wins again.

1“The Rise of Intermarriage,” by Wendy Wang, Feb. 16, 2012, in Pew Research Center Social & Demographic Trends.
2“Interracial Marriage: Who is 'marrying out?'” by Wendy Wang, June 12, 2015, in Pew Research Center Social & Demographic Trends.
3"A New Day for Multiracial Congregations,” by Michael O. Emerson, Reflections, published by Yale University, 2013.
4“Racial Diversity Increasing in U.S. Congregations,” by Scott Thumma, The Huffington Post, May 24, 2013.
5The EFCA’s 2016 denominational records show that 13 percent of its congregations are multicultural. The EFCA’s annual church metrics survey used the term multiethnic rather than multicultural or multiracial. Many use the terms interchangeably. However, a strict use of multicultural recognizes the differences between Puerto Ricans and Nicaraguans, while multiracial might place them in the same category as “Hispanic.” Similarly, cultural differences exist between Norwegians, Swedes and Danes, while their ethnicity would be considered Scandinavian or Nordic. Multicultural, then, acknowledges deeper cultural differences.
6“The Rise of Intermarriage,” by Wendy Wang.

Cedrick Brown is the lead pastor of Commitment Community Church (EFCA) in Lindenwold, New Jersey, EFCA Eastern District Association superintendent, author of The Racial and Cultural Divide: Are We Still Prejudiced?, former executive sales manager for Alcoa and former defensive back for the Philadelphia Eagles of the NFL. Subscribe to receive weekly video blogs from Cedrick at www.loveallnations.org. Before They Say 'I Do'