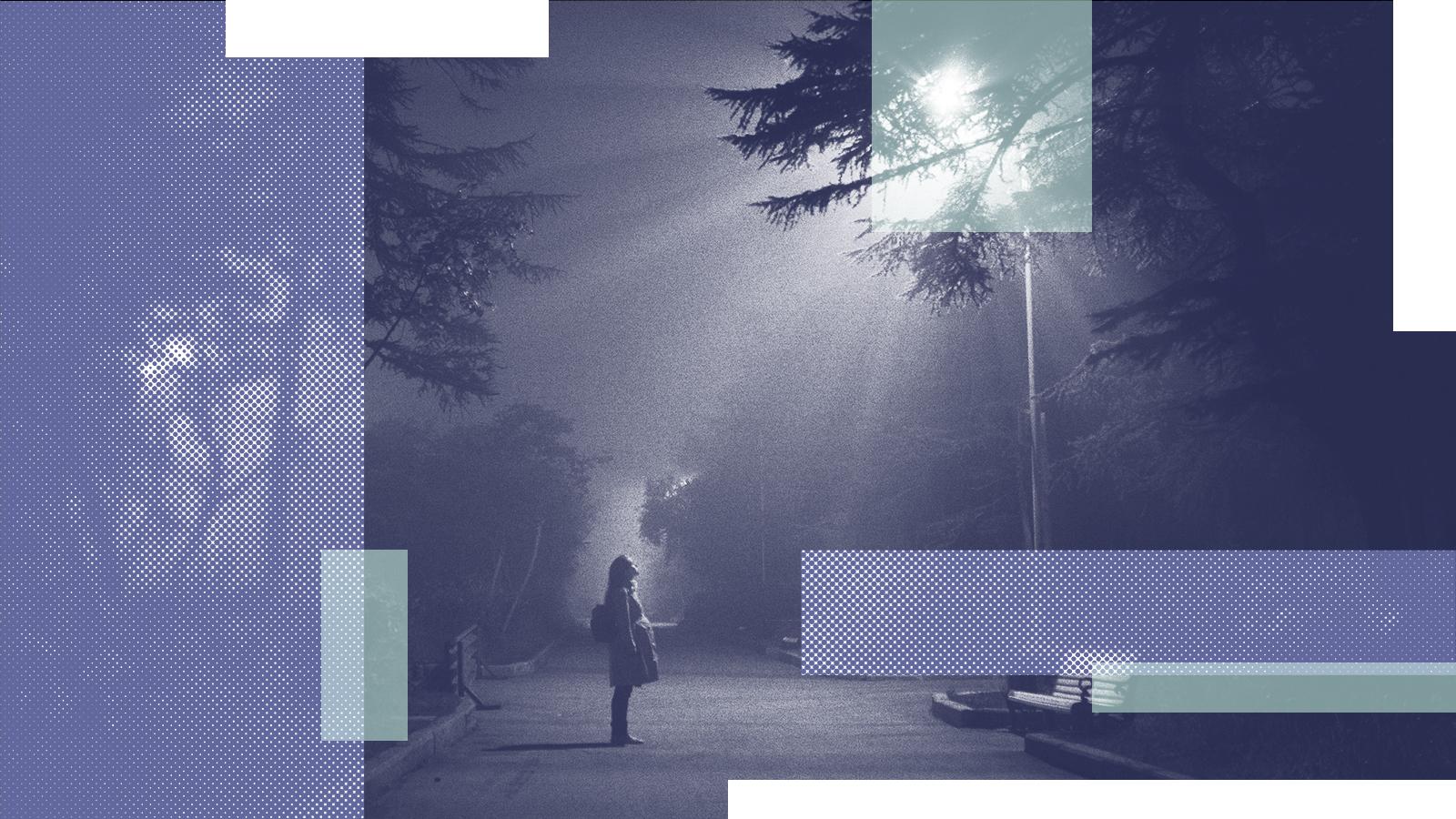 I am not moving to London.

At least that’s what I told God from our rented room on the top story of The Forester Pub in west London. It was the third night of our family’s vision trip, the culmination of months of praying, counsel-seeking, investigating and eventually applying and interviewing with ReachGlobal. This vision trip was designed to help us determine the fit; to help us answer the question, Is God calling us to join the mission field in London?

At the time, all I could see was how this wasn’t going to work.
Tweet

Three days in and my answer was no. God was not calling us to the mission field in London. My emotions, common sense, as well as the dynamics of our family rallied against taking such an absurd turn at this juncture in our lives.

But the problem was Doug, my husband, had already moved to London in his head.

At the time, all I could see was how this wasn’t going to work. I couldn’t see our family leaving our Wisconsin hometown and church of 20 plus years to live among the nine million Londoners hailing from every corner of the world. I couldn’t envision trading our house and cars for small living quarters and London’s daunting transportation system. I couldn’t picture starting over from scratch, in our mid-forties, saying goodbye to family and lifelong friends. And I certainly couldn’t imagine breaking the hearts of our eleven and seventeen-year-old by plucking them from their youth group, friends and school, and plopping them into a completely different culture, school system and church experience. What kind of parent would do that?

Yet even my fear couldn’t blind me from seeing how God had worked to bring us to this point.

These incidents seemed odd and arbitrary—but God was priming us to move.
Tweet

You see, even though God wasn’t calling us overseas, Doug and I sensed the winds of change were about to blow. We explored several career moves, all resulting in eventual dead ends. We prayed for our future, without really knowing what we were praying for. One day, I opened my cupboards and was overwhelmed with the impression that soon I would need to pack all these dishes. These incidents seemed odd and arbitrary—but God was priming us to move.

In the spring of 2016, Doug came home from a trip to a partner church in Paris. One of the men working with him was a Londoner, and he told Doug: “London needs missionaries, too.”

In reality, he was daring us: Take another step forward and keep your eyes on Me.
Tweet

Nine years earlier, we had visited London. While strolling through Regent’s Park, I blurted out, “I want to live here!” I absolutely loved London—that is, when it didn’t require anything from me.

Intrigued by the conversation he’d had with his new London friend, Doug meandered over to the EFCA’s site and clicked on serving opportunities under ReachGlobal. The first thing that popped up was Director of Performing Arts in London. For a worship pastor and freelance writer, this was too intriguing to ignore.

“We have to at least email them,” Doug said.

“Why not?” I said. What harm could an email do? Surely London would end up being yet another dead end.

I thought maybe I could, but I was wrong, and would he like me to help him revamp his resume so we could get on with plan B?
Tweet

During training, we were presented with an impossible number: the financial support we’d need to raise that included a livable salary in an expensive city, overseas moving and ministry expenses and health care taxes. I didn’t know whether to laugh or cry. This number was unachievable. No way would we be moving to London. But underneath my initial sticker shock, I believed God could do whatever he wanted; He is sovereign over our finances.

Throughout the three days of training, my panic grew. Were we really going to pursue this crazy endeavor? On the last afternoon of the last day, I sat in the chapel, Doug beside me. Realizing I had hit some kind of emotional wall, Doug pulled out his Bible app and read Mark 10: 29 – 30:

“Truly I tell you,” Jesus replied, “no one who has left home or brothers or sisters or mother or father or children or fields for My sake and for the gospel will fail to receive a hundredfold in the present age—houses and brothers and sisters and mothers and children and fields, along with persecutions—and in the age to come, eternal life.”

“I don’t want the hundredfold!” I cried. “I want to hang on to the life we have now.”

Even so, even then, my fear of disobeying God was greater than my fear of obeying him.

About a month later, I found myself across the ocean on our so-called vision trip, desperately needing to snag a private moment with Doug to tell him this wasn’t happening. I was sorry we’d come all this way and invested so much, but I couldn’t do this. I thought maybe I could, but I was wrong, and would he like me to help him revamp his resume so we could get on with plan B?

It was around 10:30 p.m. when we realized we were missing a backpack full of valuables. The day had been peppered with more than a little squabbling, misread directions, and turbulent emotions. While our daughter did homework on her bed and Doug and our son headed out in hopes of finding the missing backpack, I closed myself in the bathroom to pace and cry and have it out with God.

I don’t know what you’re up to God but please don’t do this to me. Please don’t move us to London. And we’ve lost the backpack! Please help the guys find it, with everything intact. And another thing, you see how upset my son is. Do something. Help him open up to Doug as they walk. And lastly...

I stopped myself. Bringing this next request to God was opening the door for Him to work, and part of me didn’t want to give Him the chance. Part of me wanted to grab the kids and jump on the next flight home. But what else was I to do? To whom else could I turn?

Then, I went to bed making a mental list of the school districts I’d apply to back in Wisconsin for full time work so that Doug had the freedom to figure out his next career move.

The power of prayer

A half an hour later, the guys crept back into our room. Doug slipped into bed beside me. “We found the backpack,” he whispered. “Can you believe it? Six hours it sat at the pub we popped into earlier to catch the game. Completely untouched. Everything is there.”

We could only take faithful, wobbly steps and trust Him to do the rest.
Tweet

“And Elijah and I had the best talk. He opened up to me about some of what he’s struggling with. It was so, so good.”

“That’s great,” I whispered back as my heart began to race.

Two out of three. Not bad, Lord. But prayer number three was the real test. Could God really change my snarky, stubborn heart?

The remaining week of our vision trip didn’t provide me with absolute clarity, but it did afford me glimpses of what might be.

We clicked with our would-be team leaders and their teenage kids. We stepped into what would end up being our home church and something in my spirit settled. I was learning how to see past the fear and foreignness to a future God just might make possible. There was no burning bush. No clear writing for us on London’s graffitied walls. But by the end of the trip, I felt an undeniable impression that God wanted us to continue moving forward on this path that seemed impossible.

Even as God brought in our needed support, I struggled with 2 a.m. panic attacks.
Tweet

We couldn’t move ourselves to London. God would have to do it. We could only take faithful, wobbly steps and trust Him to do the rest.

I would love to say the two years between our vision trip and move were a breeze. Even as God brought in our needed support, I struggled with 2 a.m. panic attacks. We sold our house, re-homed our dog, and rid ourselves of most of our belongings. Mere months before our move, our son graduated from high school: he would attend college in the States, and we would leave him. Our thirteen-year-old daughter would essentially become an only child—one who did not want to move to London.

What kind of parent does this? I continually questioned both before and after the move. Was an international move even wise? Would God prove faithful to our family or would we implode?

Callings are not isolated paths, separate from our daily Christian walk.
Tweet

My daughter, my husband and I landed in London in October of 2018. These past two years have been wonderful and terrible. We have struggled with bouts of depression and bursts of elation, sometimes the very same day. He has proven Himself faithful, profusely kind, and merciful to all four of us.

Flaming bushes are the exception when it comes to God’s calling. He is more likely to cast light on the path as we stumble along than drop a pin to mark a clear destination. He asks us to follow His voice, His word, His Spirit when we can’t see what He’s doing.

God’s surest call in all of our lives, no matter if we’re heading to the global mission field or not, is to transform us to be more like Jesus. Might He be calling you to step out? Into a ministry or mission that seems beyond your ability, comprehension or even desire?

Callings are not isolated paths, separate from our daily Christian walk. Callings are composed of tiny steps of obedience in both the spiritual and mundane. Sure, our calling comes into focus through Bible reading and prayer—but also through our financial responsibility, our relational integrity and our humble hospitality. Imperfect but earnest obedience in what feels small and obvious can pave the way to grander places, even places we deem impossible. God who dried up the sea, filled the virgin and revived the dead has always been God of the impossible. He meets us in ours.

If you’re interested in learning more about ReachGlobal, you can visit them here. And if you’re ready to join, click here!

A pastor’s kid turned pastor’s wife turned missionary, Rachel Allord serves on ReachGlobal’s London city team. She and her husband, an EFCA worship pastor for 18 years, have two soon-to-be-adult children. To discover more about her books and blogs, visit rachelallord.com.