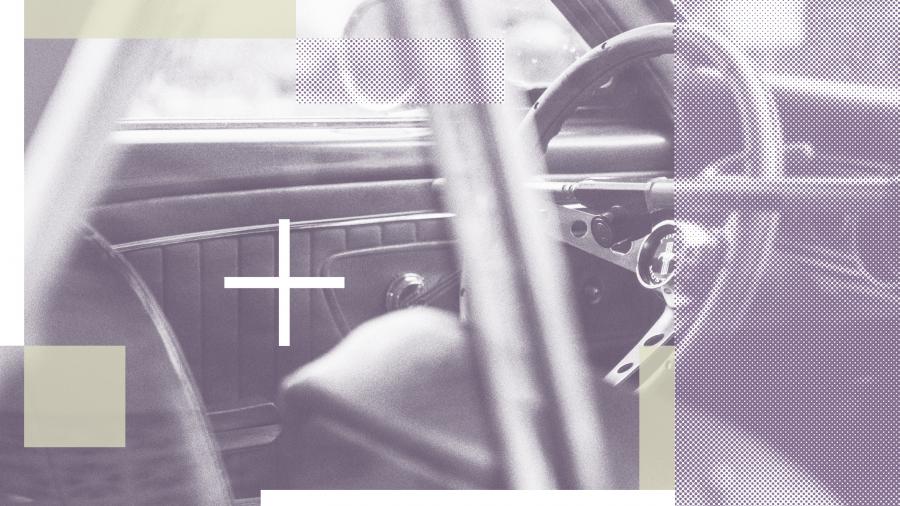 Remembering and following the example of Martin Luther King Jr.

For the last few weeks, because of a medical issue, I’ve been unable to drive. This isn’t a particularly easy pill to swallow because, for me, driving is more than a means of transportation—it’s also a passion, a sport and an escape. Nevertheless, I’ve relied on my gracious wife and co-pilot, Julie, to get me around.

I confess, I’ve not always kept my sanctification shiny in this area. After being rebuked by God about this through Scripture, I turned to a movie from my past for help—”Driving Miss Daisy.” It’s a wonderful story of transformation. The movie is set in the South at the time of Martin Luther King Jr. An elderly woman (“Miss Daisy”) is forced by her family to quit driving and employ a chauffeur, an African-American man named Hoke. Daisy is bothered by this—not so much that Hoke is African-American, but that she’s losing control. She lived in Atlanta during the Civil Rights struggle, so she was used to having African-American servants.

Later in the movie, Miss Daisy receives two tickets to hear MLK speak at a large gathering of majority culture folk, but she can’t find anyone to take. Her son, knowing Hoke had become her close friend, suggests she invite her driver. She laughs at the idea.

Later that day, while being driven to the gathering by Hoke, she enthuses out loud about how MLK is a great man and how good it is to “see things changing.” When they’re close to their destination, Daisy also mentions what her son had said about inviting Hoke to hear MLK speak—and how “funny” of an idea that was. Hoke then turns to look her in the eye and says, “Next time you want me to go somewhere, ask me regular.” He then exits his door and while rounding the car to open her door, he mutters under his breath, “Talk about things changing. They ain’t changed all that much.”

Then MLK speaks. As Daisy listens, she can’t help but look at the empty chair next to her. We then see Hoke sitting in the car, listening to MLK in the radio. The words of MLK were profound:

“Throughout this country, there are many...because of race, lack of education…whose contributions remain unseen…who could offer leadership that is needed...History will have to record that the greatest tragedy of this period of social transition was not the strident clamor of the bad people, but the appalling silence of the good people.”

I was talking to some young leaders recently, and to my shock and dismay, some of them didn’t recognize the names “Elvis Presley” or “John Wayne.” Still, when I mentioned Martin Luther King Jr., there was almost unanimity in recognition. To most people, MLK is in the same class as Abraham Lincoln and George Washington in terms of general popularity.

MLK is still ubiquitous. As other EFCA leaders and I wrote about in a three-part series on our recent trip to Montgomery, the impacts of slavery still deeply affect America, and it’s stain has yet to be expunged. Hundreds of years later, we still have a ways to go. Many “good people,” as MLK spoke about, did finally rise up, but the untapped benefit of leadership, service and soul uplifting people of color still remains.

We need to make disciples like Jesus…among all people. We must plant churches like Paul...among all people. For me, all means all. Far and near, similar and different. The strong need to help the weak because one day the weak will help the strong. We are one body.

Justice and diversity alone are not the end goal. The real win is engaging the whole body of God to multiply transformational churches among all people.
Tweet

MLK is a prophetic and articulate reminder that justice does not just benefit the oppressed. When we can engage the millions—the least, lost and left behind—and fully engage all of them in multiplying transformational churches like Jesus, Paul, MLK and any child of God whom He has so called, we will be getting there.

Like so many, I long to get the biblical justice issue right, but we need to learn how to walk and chew gum. Justice and diversity alone are not the end goal. If we achieve this, surely it would be celebrated—and it should be—but it would still not hit the mark completely. The real win is engaging the whole body of God—everyone—to multiply transformational churches among all people! We all win. Win we must. Win we shall. Win without guilt. Win by letting the Holy Spirit have the last work. When we do that, then we can say, like Miss Daisy, “Isn’t it grand that these days are changing?”

The Commission and the Commandment

We are all tired. Many among us are told to deal with racial issues, then church planting, then immigration issues, then making disciples. When will we ever get done? It’s understandable if you see these things as unrelated, but that’s not how MLK saw these issues—and he and the civil rights workers were also weary. Speaking at a church before the unrest in Selma, he said:

“I don’t see one struggle as ending and another beginning, as if we go from one effort to another. I see these as one effort. And that effort is for our life. Our life as a community.”

To that, I say, “Amen.” Jesus worked with the poor, the Gentiles and the Jews, yet His biggest problem were those who should have been on His team—the religious leaders. Jesus saw it all as one. He didn’t fix all, but He acknowledged them. He didn’t wear a “Great Commandment” hat one day and a “Great Commission” hat the next. He saw them all as one. He was focused on making disciples, and amid that focus, He addressed the problems long ignored by the leaders. This wasn’t a two-fold approach, it was all cohesive—make disciples among all people.

The Great Commission and Great Commandment should not be separate things.
Tweet

In Matthew 28:19-20, Jesus commissioned us to make disciples as we go through life. We can’t make disciples first, then later love, seek justice and, as best as possible, be the fragrant aroma of Christ in this world. The connectedness of these commands is not optional, as pointed out in Article 8 of the EFCA Statement of Faith:

“God commands us to love Him supremely and others sacrificially, and to live out our faith with care for one another, compassion toward the poor and justice for the oppressed...In obedience to Christ’s commission, we are to make disciples among all people, always bearing witness to the gospel in word and deed.”

Compassion, justice and mercy are not a requisite for eternal life in the future as much as a matter of creating a fully engaged, on-mission community here and now. The Great Commission and Great Commandment should not be separate things. It is as MLK said, one thing. It is as our Statement of Faith commits us. We must see the endeavor to be God’s missional community here on earth as one thing—getting all people harnessed together on the same mission.

We dare not be the empowered community working on “our thing” yet missing what God is laying before us. We cannot be people who like part of Jesus’ call but think the other part is wearisome. We need to accept God’s complete command, not our preferred section of it.

Article 8 also articulates the real source of our power:

“With God’s Word, the Spirit’s power, and fervent prayer in Christ’s name, we are to combat the spiritual forces of evil. In obedience to Christ’s commission, we are to make disciples among all people, always bearing witness to the gospel in word and deed.”

There is nothing more exciting and satisfying than being on mission with our Lord, using His empowering Spirit to transform the world.
Tweet

There is nothing more exciting and satisfying than being on mission with our Lord, using His empowering Spirit to transform the world.

Returning to my lesson from “Driving Miss Daisy,” the real test is for us is not who is driving the bus or car, it’s surrendering to the control of the Holy Spirit. The real challenge is to not see these things as separate, optional things but as one.

Take it from me—I know how hard it is to quit being Miss Daisy and let the Holy Spirit drive. Man, if Jesus can break me from being a backseat driver/control freak, the rest of you have hope! Give it up! Love one another! Surrender to His will. When we do that, then we can truly rejoice that “things are really changing.”

Following MLK's example, let us all make the Lord proud. Let’s make the “Watcher of Man” (Job 7:20) proud as we multiply transformational churches among all people.