The Story of the Segregated American Church 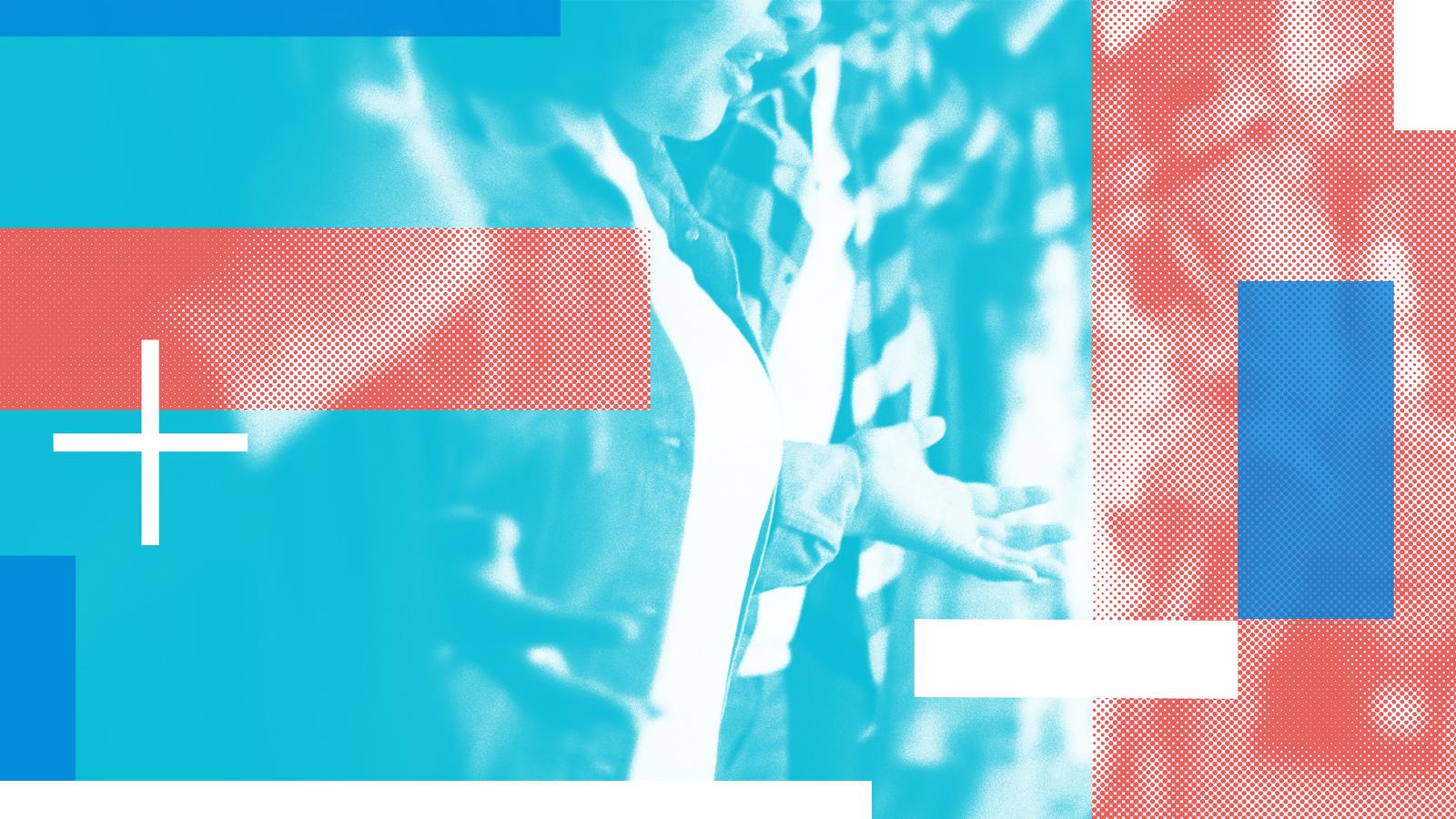 Despite repeated moral failures throughout history, God used evangelicals to promote the gospel of grace among millions of African Americans. And although African Americans received the good news from people who enslaved them, many clung to these gospel teachings.

Out of the Second Great Awakening came a coordinated effort to evangelize, liberate and teach the enslaved. Hundreds of thousands responded by placing faith in Christ. Dozens of charitable societies arose to meet their needs.

In American social history, this is the age of famous leaders like David Walker, Denmark Vesey, Nat Turner and Frederick Douglass—outspoken black prophets who preached powerfully against the sins of slavery and race and made the most famous efforts to improve black lives. But there were white Christians, too, who made a difference among the enslaved. Though often much less bold in their prophetic public witness, they devoted countless hours and millions of dollars to improve the lot of those living in bondage.

A harvest of black leaders

Most importantly of all, the Second Great Awakening grew a harvest of black leaders, both laypeople and clergy, who gave bold public witness to the ethics of the Bible and exhorted all who listened to obey God’s will. Inspired with devotion to the Bible’s theme of justice, many black Christian leaders raised their voices against sin, especially interracial sin—and the evangelicalism that often condoned it.

The most powerful of these was the voice of Frederick Douglass, who excoriated Christians for their complicity in this sin. “The church and the slave prison stand next to each other,” he fumed. “The church-going bell and the auctioneer’s bell chime in with each other; the pulpit and the auctioneer’s block stand in the same neighbourhood.” What is more, Christian ministries are profiting thereby. “We have men sold to build churches, women sold to support missionaries, and babies sold to buy Bibles and communion services.”

Scores of black gospel ministers emerged from the revivals. One worked as the pastor of a white congregation: Lemuel Haynes of Rutland, Vermont. A greater number served among slaves and in black churches. Of course, this scandalized the rank and file of non-evangelicals, who used it to denigrate revivals in the media and outlawed all black preaching in several states. But many black Christian ministers survived this persecution and, by the end of the 19th century, millions of African Americans were worshiping out from under the gaze of white Christians.

Worship among the enslaved

Let’s pause for a moment to reflect on the origins and nature of this worship. By the time of the first U.S. census in 1790, roughly 20 percent of the country’s nearly 4 million inhabitants were black. Most were enslaved, working on large Southern plantations. And they worshiped, when they could, in what historians have labeled the “invisible institution,” segregated churches that gathered after hours.

Slave worship is a miracle of American church history.
Tweet

Slave worship is a miracle of American church history. Usually unbeknownst to whites, and in violation of orders and even laws against such things, countless antebellum slaves “stole away” for secret worship in brush arbors, swamps and forests throughout the land. They preached, prayed, sang and danced into the wee hours of the night, more often than not after a long and very grueling day’s work.

As recounted in the Reverend Peter Randolph’s autobiography:

“the slaves assembled in the swamps, out of reach of the patrols. They have an understanding among themselves as to the time and place of getting together. This is often done by the first one arriving breaking boughs from the trees, and bending them in the direction of the selected spot. Arrangements are then made for conducting the exercises. They first ask each other how they feel, the state of their minds, etc. The male members then select a certain space, in separate groups, for their division of the meeting. Preaching in order, by the brethren; then praying and singing all round, until they generally feel quite happy. The speaker usually commences by calling himself unworthy, and talks very slowly, until, feeling the spirit, he grows excited, and in a short time, there fall to the ground twenty or thirty men and women under its influence.”

Randolph went on to report the persecution felt when slaves were caught meeting in such manner:

“If discovered, they escape, if possible; but those who are caught often get whipped. Some are willing to be punished thus for Jesus’ sake. . . . In some places, if the slaves are caught praying to God, they are whipped more than if they had committed a great crime. The slaveholders will allow the slaves to dance, but do not want them to pray to God. Sometimes, when a slave, on being whipped, calls upon God, he is forbidden to do so, under threat of having his throat cut, or brains blown out. Oh, reader! This seems very hard—that slaves cannot call on their Maker, when the case most needs it.”

Despite such treatment by their masters, slaves continued to gather together, often stressing Scripture texts and songs opposed by white oppressors. They recalled Old Testament history, the exodus from Egypt and the crossing of the Jordan River into the Promised Land (often a symbol of the passage over the Mason-Dixon line). They recounted God’s justice in the words of Hebrew prophets. They identified personally with the suffering of Jesus. And they sang spirituals about their longing for freedom—here on earth as well as in heaven.

The emergence of black churches

Although most black Christians till the end of the Civil War worshiped secretly after dark, others worshiped publicly in more traditional settings. And while most of these worshiped in either mainly white churches (usually in back pews or galleries) or in segregated churches ruled by white denominations, there were some who had begun to worship independently. These founded what became the major, historic, African American, independent denominations, the pre-eminent institutions in the rise of black culture—all of which were started because whites treated brothers and sisters of color with contempt, as second-class citizens.

In recent decades, and despite this long history of oppression that led to segregated worship, a small but important group of black Christian leaders have used the word “evangelical” to locate themselves, forging ties with the international evangelical movement. Through African American ministry groups like the National Black Evangelical Association (founded in 1963), and the ministries of clergy such as John M. Perkins, E. V. Hill, William Pannell, William Bentley, Tom Skinner and a number of their heirs, a growing number of black Christians have made connections to evangelicalism while retaining their allegiances to African-American culture.

Building trust will take time and a great deal of effort.
Tweet

This has never been easy. For a century after the end of the Civil War, Jim Crow kept black people segregated, subjugated and suffering on the margins of the nation they called home—with support from a distressing number of white evangelicals. Not just Ku Klux Klansmen, but mainstream Americans suppressed them economically, curtailed their mobility, barred them from their neighborhoods and hurt them educationally—not to mention the damage done to many black people physically, emotionally and spiritually—sins that continue to disadvantage black Christians.

Few white evangelicals helped them fight for civil rights—or even welcomed them into their homes, churches, offices or groups during most of the 20th century. Few white evangelicals wanted to talk with them about the implications of the Christian faith for interracial relationships, justice and support for the “least of these” in society.

It should come as no surprise, then (though often it still does), that many African Americans remain rather suspicious of their Anglo-American colleagues.

How can EFCA churches continue to build trust with people of color, especially with African American communities? What progress have you seen? Share your thoughts in the comments.

Read part 3 next: “Latinos, Latinas and Their White Christian Neighbors”

This post is based on Dr. Sweeney’s lecture at the 2018 Theology Conference, “Miles to Go Before We Sleep: American Evangelicals and Racial and Ethnic Sin.” Read part 1 in this series, and listen to the full speech in the EFCA Theology Podcast episode. Stay tuned for the next part of this series.