Evangelical Free Church of America Blog
BlogReaching all peopleWhere Is the Church Going—And Are You Moving in that Direction? 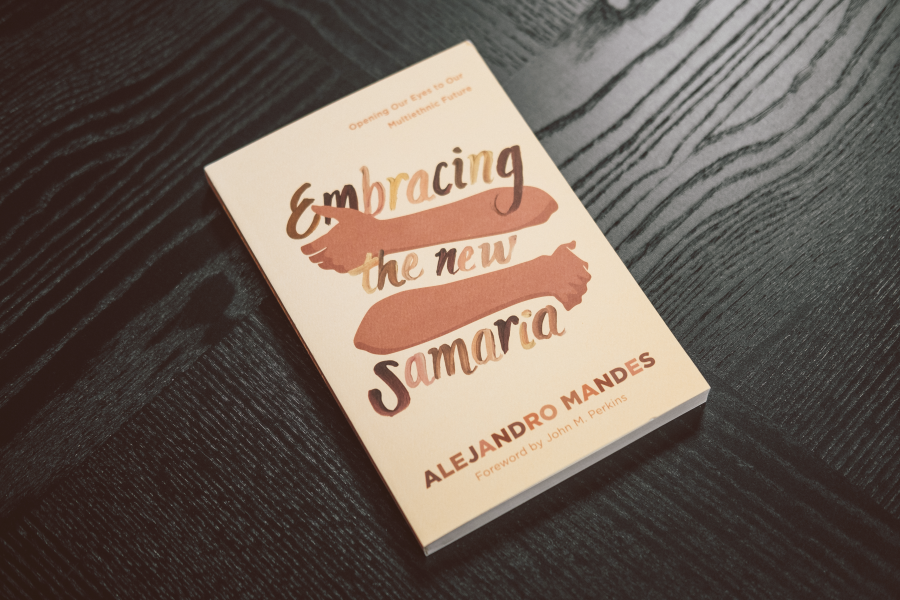 Where Is the Church Going—And Are You Moving in that Direction?

An excerpt from Embracing the New Samaria: Opening Our Eyes to Our Multiethnic Future

I was literally born on the margins of the United States in Laredo, Texas. Laredo has its own cultural cocoon with a majority of the population of Mexican descent. So, when I attended the University of Texas in Austin, a majority white culture, I went through two weeks of culture shock, finding myself suddenly in the minority. This life on the margins, combined with disciplemaking and church planting, gave me a deep passion to see God’s church ready to reach the vulnerable and the marginalized. It’s why I wrote Embracing the New Samaria.

Jesus told His disciples in Acts 1:8, “You will be my witnesses in Jerusalem and in all Judea and Samaria, and to the end of the earth.” Christians have traveled all over the world for this mission. And while international missions remain important, you don’t need to go to Samaria or the ends of the earth to do missions, they’re coming to us—the New Samaria is right in our backyard. In the excerpt below from Embracing the New Samaria, you’ll get a glimpse of how one church responded with the love of Christ to immigrants in their community.

Embracing the New Samaria isn’t just about immigrants, though. It’s about all people coming together to form a Great Community on earth as it is in heaven because of Jesus’ Great Commandment and Great Commission. My prayer is that this book will open our eyes and help us learn to see, love, reach and be the New Samaria that brings transformation to our churches and communities.

How Do We Reach All People?

Embracing the New Samaria: Opening Our Eyes to Our Multiethnic Future

Alejandro Mandes
Diane just knew that this was the ministry that could best meet the practical needs and address the pain of her community.
Tweet

Shoreline Community Church in Santa Barbara, California experienced a significant demographic change in their neighborhood, leading them to begin ministering to their immigrant neighbors. When the church leaders decided to try to start a children’s ministry, they singled out a church member named Diane Martinez, who was an early childhood teacher. She and her husband had moved into the neighborhood because her husband had bought a home there many years ago. She never planned on doing ministry among immigrants, but there she was right in the middle of the largest and densest Latino immigrant population in Santa Barbara. She recounts, “Even though my last name is Martinez, I spoke almost no Spanish at the time. My background was so different than theirs. I remember feeling so out of place.”

Aware of her training as an early childhood educator, the church leaders asked Diane if she would temporarily lead their children’s ministry, and she agreed. A bilingual, retired missionary began to take her with him into the neighborhoods, meeting kids and their families. Little by little, God began to transform Diane’s heart. Her feelings of discomfort toward a community different than what she was accustomed to began to change once she got to know them personally. Many of the parents worked in the hospitality industry and had odd hours, so the church opened their doors to the neighborhood kids who wanted to spend time there when their parents weren’t home. For five years the church poured into these kids, and as they got to know their families, they saw the injustices and pain they were experiencing from trying to make their way in this new country. They struggled with exhausting days of work and lack of childcare, and then, too often, they experienced or witnessed frequent deportations that were splitting families apart. Diane began to ache for them. The needs were endless, and she couldn’t sit back and do nothing.

A postcard arrived in the mail from her denomination describing a ministry called Immigrant Hope, which equips churches to provide trained guidance on permanent residency and citizenship embedded in Christian caring. Diane just knew that this was the ministry that could best meet the practical needs and address the pain of her community.

So in 2012, despite fears and some opposition, Shoreline Community Church took the first steps toward becoming an Immigrant Hope site, hoping to serve and engage with their neighbors. Diane began training in immigration law and processes. An anonymous donation funded a salary so she could be full-time.

Some people in the church suspected that Immigrant Hope was doing something illegal in trying to help immigrants with their immigration status. The leaders found themselves having to address that misconception head on, assuring church members that Immigrant Hope partnered with the U.S. government and wasn’t helping immigrants skirt the law. People who felt hesitant at first began to come around when they saw the practical impact the ministry was having. Over the years they have had contact with many hundreds of immigrants in a fifty-mile radius. The controversy raised awareness in the church of the growing immigrant presence and the opportunity to love their neighbors as themselves. The once-reluctant Diane would not trade anything for the joy of serving God in the new Samaria.

Immigrant Hope, the ministry highlighted in the story above, is the ministry that Bill Hamel and I started together when I worked under him at the EFCA. He knew very well my heart for the marginalized—specifically immigrants. I truly believe that this is one of the major areas where God is at work in this country. The demographics in our country are changing rapidly. Studies show that 55 percent of our growth is a direct result of immigrants and their American-born children. By 2065, nearly 20 percent of people in the country will have been born outside of American borders. This phenomenon is not unique to America; it is happening all over the world. If we as a church are not reaching immigrants where they are at, in all the messiness of their circumstances, then we are missing out on a spectacular missional opportunity to love and reach our neighbors.

Embracing the New Samaria by Alejandro Mandes released today, Tuesday, September 7, 2021, on NavPress or wherever books are sold. Use the code EFCA35 to receive a 35% discount when you purchase a copy from NavPress.