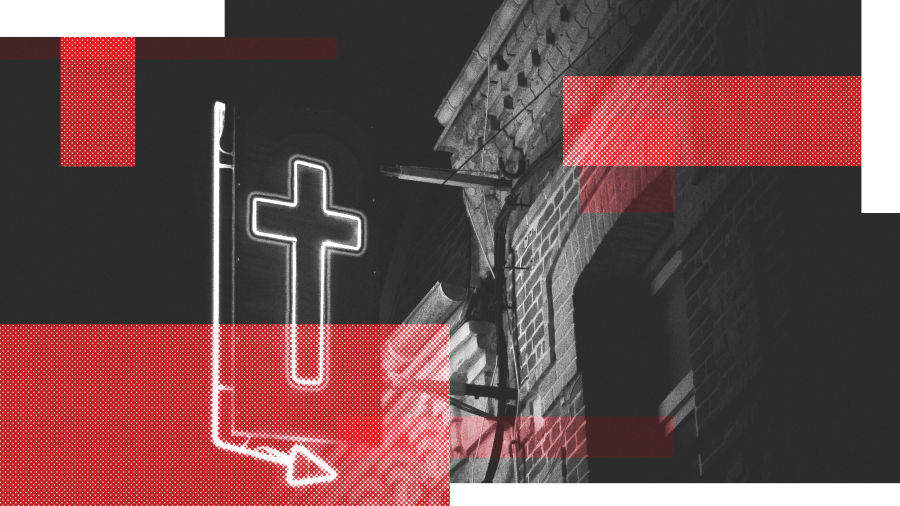 Confessions of a (Biblical) Social Activist

The EFCA has historical roots in caring for those on the margins of our society. We should let that impact our future.

My relationship with the EFCA and its heart for immigrants, the poor and the marginalized has changed my life, and I pray knowing our history will change yours too.

I grew up in an immigrant home, making me a bilingual and bicultural child who was isolated from American culture. My high school years came at the height of the “Me Generation,” known for giving us the hippies. The mantra of that era was “Make love, not war” in protest of the conflict in Vietnam. This wasn’t a particularly easy time to navigate. At a young age, my family escaped the inner-city where rock fights against other kids to pass the time were commonplace. We moved to a small farming town of 850 people where my father, a nurse and an immigrant from Norway, became the largest employer by caring for the elderly. Much to the ire of the town’s entrenched leadership, an outsider and a foreigner became a significant influence—upsetting the town’s status quo.

"If the gospel includes obedience, following Christ, bringing in the kingdom or at least living kingdom ethics now, then social responsibilities will definitely be a part of the gospel message."
Tweet

My spiritual formation was guided by our family’s pastime of listening to The Hour of Decision featuring the Reverend Billy Graham The first youth group I attended was led by a pastor who recently graduated from a liberal seminary. His idea of being relevant was to use contemporary lyrics from artists like The Beatles to discuss the meaning of life. At this time in America seminaries from mainline denominations were buying into redaction criticism. There was a battle for the Bible happening in many churches. This was not the Christianity I heard about or saw lived out in my home. My father even debated the pastor over his interpretation of the Scriptures weekly, and eventually, my parents made the decision to leave that church.

In our family’s search for a new place of worship, we discovered an Evangelical Free Church where we sat under the biblical preaching and instruction of Kenneth Meyer. The move from a liberal church into the rich, Bible-centric teaching of the EFCA was liberating. Like a sponge, I soaked up everything. It was through the ministry of this church where I would begin to see God’s heart for the poor and the disenfranchised.

As a student at Trinity College (now Trinity International University) and Trinity Evangelical Divinity School, I was introduced to powerful biblical teaching and a plethora of books written by evangelical luminaries that were a prophetic voice to the broader evangelical community-- authors like Francis Schaeffer, Os Guinness, Chuck Colson and TEDS theology professor Harold O. J. Brown.

Social concern was part of the evangelical worldview, as illustrated by Charles Ryrie, of the famed KJV Ryrie Study Bible, who authored What You Should Know About Social Responsibility. In his chapter “What Is the Gospel?” he wrote:

It was through the EFCA that I was introduced to ministry in the inner-city. My education at our denominational schools heighted my awareness throughout Scripture of concern for immigrants, the poor and the disenfranchised—an awareness that has never left me. Consequently, I served short-terms in four inner-cities (Rockford, IL, Chicago, Cincinnati, OH, and Boston), did prison and juvenal ministry and planted a church in the inner-city of Hoboken, New Jersey.

“It shall be the duty of this committee to keep the Evangelical Free Church of America informed as to such matters which should be of concern to evangelicals in the area of social action and shall use every possible means to alert to the constituency to the needs.”

The following president of the EFCA, Dr. Thomas McDill, served on the first Committee for Social Action. He helped draft a series of proposals for consideration at the 1964 Annual Conference. Under his leadership, it was expressed that there needed to be a clear difference between the Committee on Social Concerns’ own work and the work of the Resolutions Committee of the Annual Conference. While resolutions are helpful, it was recognized that their impact was relatively short-lived.

At the EFCA conference in 1984, Dr. McDill challenged our movement by laying out where the EFCA had come from and where our world was going.

“It is vitally important for us to consider the present and the future, and the need to reorder our priorities as an Evangelical Free Church in order to meet the needs of a radically changing world.”

He noted accelerated change in population growth and encouraged the EFCA to really consider where we were going:

“Earnestly pray that the Lord of the Harvest will raise up laborers from your church. Do you realize what would happen if our 900 churches began to pray for 10 or 12 young people to go into the gospel ministry?...We must get serious about cities, not only in our country, but around the world. I challenge pastors, seminarians, professors, seminary leaders, missionaries—I challenge all of our people to apply the best minds that we have to develop a strategy to reach the urban center of America and the world for Christ...We need to become bilingual and bicultural; we need somehow to begin to integrate foreign missions and home missions, and utilize the cross-cultural skills of our foreign missionaries here at home. Are we going to address the needs and opportunities of the 80s, 90s and 21st century, or be satisfied with only reaching the traditionally targeted community of white Protestants? This is our challenge. Will we rise to the unique opportunity God has given—the world at our doorstep?”

Forty years later, this challenge is still—if not even more—pressing.

To infinity and beyond

Hebrews 11:1 says, “Now faith is confidence in what we hope for and assurance about what we do not see.” This chapter goes on to discuss our fathers and mothers in the faith who did not get to see the fruits of their labor—Abraham and his descendants, Moses and the Promised Land. To the vast multitude of EFCA leaders who have championed the cause of Christ and His heart for the poor and oppressed, I am grateful. These men and women gave up everything, family and opportunity and wealth, for the sake of the gospel. From Jim Speer to President Bill Hamel, David Mains to Enrique Fernandez, and from Grace Mao and Raleigh Washington to Glen Kehrein and Dan Reeves, faithful pastors and leaders have taken up the challenge presented by Dr. McDill.

Not all persons, initiatives or ministries have storybook endings, but in our EFCA history, they have all been committed to the gospel of obedience, following Christ, bringing in the kingdom and living kingdom ethics of social responsibility. Hebrews 11:40 includes this lofty hope: “God has planned something better for us so that only together with us would they be made perfect.”

It is time to recapture our biblically rich social and cultural activism.
Tweet

A biblically-based social activism is the EFCA’s heritage. This includes sound doctrine, a godly lifestyle, spiritual fervor and sacrificial dedication. Since the turn of the millennium, it seems that some sectors of the EFCA have reduced their voices regarding gospel concerns, falling into the trap of a gospel without any social responsibility.

These days, I serve as the Director of Immigrant Mission for the All People Initiative, focusing on reaching out to our immigrant neighbors with the hope of Christ. The EFCA All People Initiative is dedicated to the multicultural and multiethnic work of the EFCA and is available to inform, motivate and resource the EFCA and its churches to reach and serve groups who have been historically excluded from full participation and leadership in the Church. Ethnic minorities, immigrants and the poor are included in these groups. This is the legacy response to Dr. McDill’s challenge.

Let us connect with the past as we move forward, living the gospel of obedience, following Christ and living kingdom ethics, including our social responsibilities in our broken world. It is time to recapture our biblically rich social and cultural activism. It is an integral part of the gospel as lived out in the EFCA.

Roy Oksnevad, PhD, has been an urban pioneer church planter, cross-cultural missionary in Belgium, and founder and director of COMMA (Coalition of Ministries to Muslims in North America). He is an author, speaker, and educator. He also teaches for Pars Theological Centre. He is the Director of Immigrant Mission for All People of the EFCA.