Evangelical Free Church of America Blog
BlogExtending ministriesDo You Know the Children in Your Neighborhood? 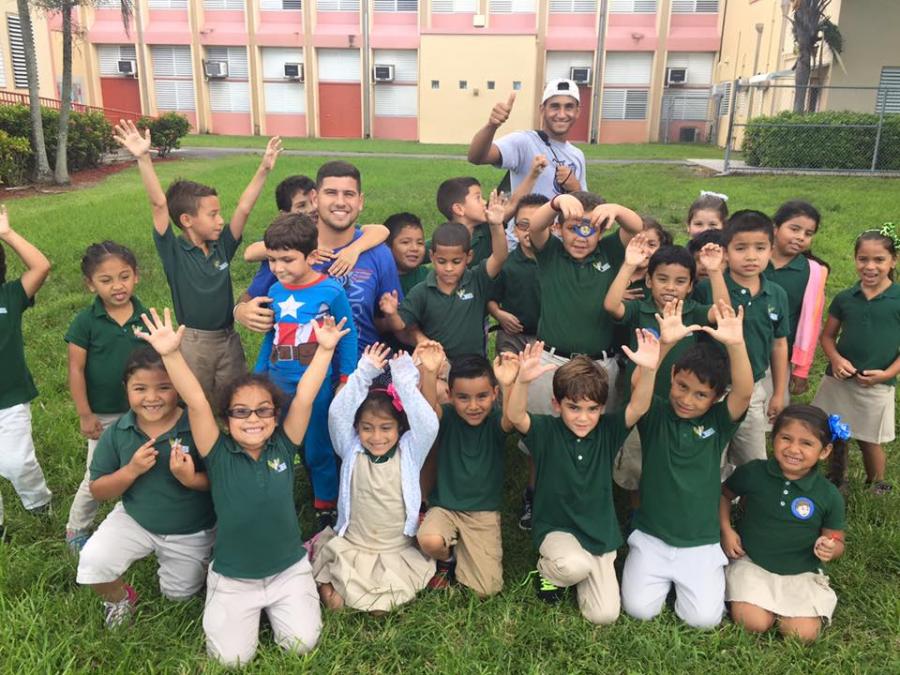 Do You Know the Children in Your Neighborhood?

Plans to change the world that start at home

Starting small. We all do it. And then we walk day by day in faithfulness.

It’s like that old story of the small child who spent an afternoon tossing beached starfish back into the sea. Each seemingly futile gesture mattered, he realized, “to this one” and “to this one.”

Pastor Rollo Casiple’s vision for the families of Miami-Dade County started small too. Out of the sea that was his under-resourced community, he and fellow church members began reaching out to care for the faith, future and character of children and teens.

This transformational afterschool and summer camp program has touched more than 1,300 youth (grades K-12) since 2005 as it emphasizes literacy, homework help, physical fitness and character building.

More than that, Kidz XL is fun, a contagious place for both students and coaches.

“Many students come to call Kidz XL their church, even though Kidz XL is only a Monday-Friday program,” says Nic Schrieber, who served as program director from 2007 to 2016 and is now middle-school director at Church at Charlotte (EFCA).

“Some students have been kicked out of other programs or are failing in school or literacy. As a result of Kidz XL—and, mainly, our coaches—students feel safe, are encouraged to keep going and are loved unconditionally.” Coach Arminda (center) was once just a Kidz XL camper herself. Above, some of the younger kids in the after-school program enjoy time with their coach and program director. All photos courtesy Kidz XL

More than a few Kidz XL “campers” have gone on to become Kidz XL mentors or to launch into other careers with youth. Diego Santamaria, now 24 and a software developer, remembers being enrolled against his will in the summer camp before beginning high school. “I just wanted to lounge at home,” he says.

And it wasn’t just teen laziness. Diego considered himself an atheist, even though he came from a marginally religious home.

But everything changed that summer.

“I was blown away by how amazing the staff was,” he remembers. “They were very forgiving of multiple incidents (such as cursing out a coach in the heat of competition), and they wouldn’t stop talking about grace. They had purpose, they were happy, they were following Jesus.

Diego spent nine of his next summers at Kidz XL, moving from camper to coach. “I remember the guy who was starting high school and just wanted to go through the motions till he died. Now I’m excited to meet people, tell them about our Savior, grow with people, weep with people, rebuild lives. “Anyone who knew me before 2011 says I have changed like night and day.”

In addition to local weekly volunteers, multiple groups also travel to Miami to serve at Kidz XL summer camps. Currently, the ministry serves about 100 students a day during the school year and up to 150 students at summer camp.

“I originally came to Miami with a passion to ignite a chain reaction of transformation in the world,” Rollo says. And he knew it would start by first changing his city, which was prefaced “by first changing my community, by first changing the families I influence, by first making disciples of each and every person who ventures under the umbrella of my influence.”

It seems that Rollo and La Vina del Señor are well on their way to fulfilling that vision.

Read more life-changing stories at the Kidz XL website. And meet Pastor Rollo Casiple in a video about True Vine Christian Church/La Vina del Señor. If your church would like to send a team to Miami to serve at the Kidz XL summer camp, contact Rollo.