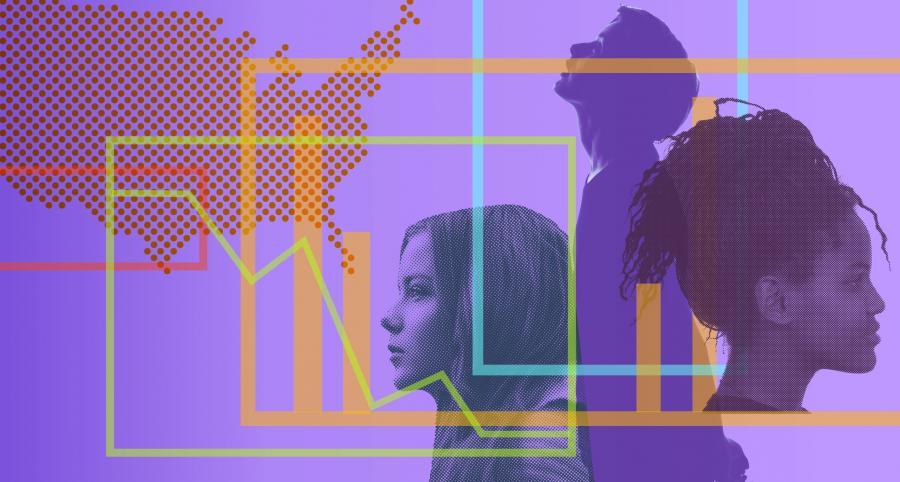 How Has the Recession Impacted Our Youth?

For the last decade or more, marketers have fiercely focused on the millennials. And for good reason: They’ve been the big kid on the block, known as the largest generation in history.1

But there is a new kid in town: Generation Z.

There is still a debate on the exact year that divides the Millennials and Gen Z, but Sparks & Honey, a prominent ad agency in New York City, sets the line at those born after 1995.4 Others would like to place it at 2001, using the 9/11 attacks as the dividing line.

Either way, Generation Z includes our current children and teenagers. Understanding who they are and how they are different from millennials is important as we consider how to both reach and release this emerging generation with the gospel.

Throughout this blog series on Gen Z, I will use White’s labels but describe them as five cards in the hand this generation has been dealt—a reminder that while God’s good hand is in motion, our young people are shaped by the culture in which they grow up. We are wise to remind ourselves that this generation is not simply rebelling against what once was but is responding to the culture in which they’ve lived since birth.

The economic downturn that began in 2007 could be considered the worst global downturn since World War II. These young people saw their parents lose their homes, tighten their belts and struggle deeply through the Great Recession. Having grown up after the 9/11 attacks, they also have never known an America that has not been fighting a war on terror.

It should be no surprise then that, according to White, Gen Z connects with movies such as Hunger Games, Divergent and Maze Runner—with their depictions of teens left alone to heroically face a dystopian future. Today’s teens also see themselves as heroes of their own future. When MTV conducted a nation-wide survey of 1,000 respondents born after year 2000, asking how they would identify themselves if they had a choice, they came up with the title “The Founders”—as in a new world that they believe needs to be founded, by them.5

The financial crisis, mixed with a few other factors, has helped Gen Z develop coping mechanisms and a sense of resourcefulness unique to their generation, according to Honey & Sparks. These coping mechanisms have led to a strong sense of independence and an entrepreneurial spirit. According to Harvard Business review, 70 percent of teens are currently working entrepreneurial jobs.6

These young people are not merely looking for economic security; they want to make a real difference—and they believe they can. This may be one of the things that sets them apart from millennials, who have been accused of “slactivism”— performing acts via the Internet in support of a political or social cause but sacrificing little time or resources to bring about change.

Browse TED.com’s 14 “Talks by Brilliant Kids and Teens,”7 and you’ll get a glimpse of some of the hard-working, critical-thinking young people rising up in this generation. These young people are in our churches as well. Take a look at Grace Ryken who, by the time she was 14 had prayer-walked every street in her city—more than 200 miles.

It’s not unique for a 14-year-old to have a brainstorm; youth are wired by God with passion. Young people, like Grace, are wired for passion: seeking something worth dying for, within which they’ll discover something worth living for.

What is illustrated in Grace’s story, however, is the grit that I believe resides in many within this generation. I can almost hear my church-planting friends out there slow clapping as they watch Grace spiritually map her city.

Tap into that desire

This desire to change the world is an incredible entry point for many in this young generation. Let’s help them see how the gospel actually liberates, motivates and empowers them to do the most good possible.

Paul says in his pastoral letter to Titus that Jesus Christ “gave Himself for us to redeem us from all lawlessness (save us FROM something) and to purify for Himself a people for His own possession (save us INTO something—a family) who are zealous for good works (save us FOR something)” (Titus 2:14).

All too often, what young people interpret as the church’s vision for their life is to merely be saved from something—to be good kids who are nice and don’t cuss much. But in Jesus we find a vision to literally change the world. The Great Commission is, as Greg Steier from Dare2Share ministries often says, the cause of all causes. This generation may be not only our largest mission field but also our largest mission force.

This generation wants to change the world. Let’s help them do it one heart at a time.

With Gen Z equipping in mind, the EFCA has created Apex—a disciple-multiplying conduit that enables them to grow in gospel character and competencies. For other equipping resources, contact Cadre Ministries. Learn more about the ministry of EFCA ReachStudents.

Read the next article in this series.

Episode 125: Kevin DeYoung on "The Ministry of Jesus and the Mission of God"