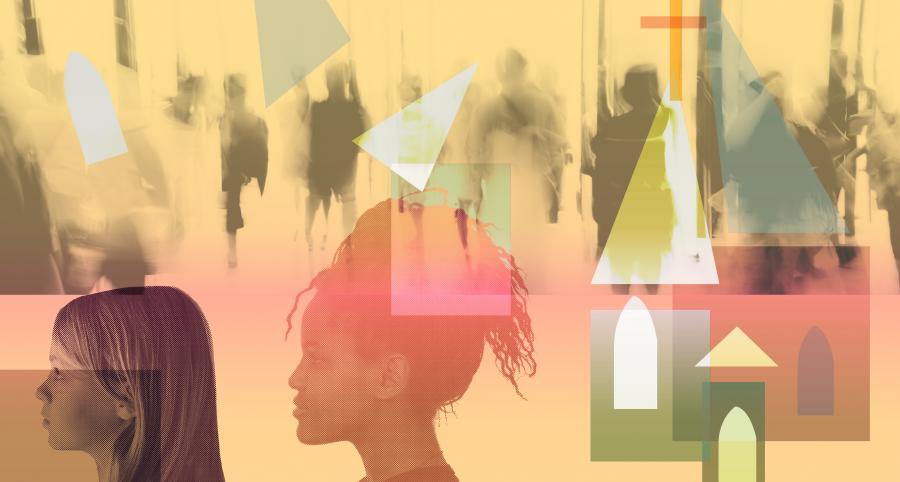 Our Hope for the Next Generation in a Post-Christian Culture

Last year, I asked a group of a dozen freshman from different high schools how many Christians they knew of in their school. All but one said they couldn’t think of any. Now, I realize that there are probably multiple, nonvocal Christian peers around them each day and they just don’t know it.

We must rethink our starting point with this generation.
Tweet

Over the last several decades there has been a dramatic rise in the “nones”—those who identify themselves on surveys as having no religious affiliation. This group comprises mostly atheists and agnostics.

By 2014, according to the Pew Research Center, nones had climbed to 23 percent—accounting for nearly one out of every four adults.4 And among younger millennials, that percentage is actually 36 percent.5

It’s pretty simple: The younger the generation, the more post-Christian.6 We’re not talking about a need for revival—to call back to God those who have fallen away. We’re talking about a growing pagan society, here in the United States, that needs to be reached with the gospel. Where might we start?

Let’s deal this generation a few new cards, so when it comes to Jesus they can say, “I’m all in.”
Tweet

We must rethink our starting point with this generation. James Emery White, in his book that inspired this blog series (Meet Generation Z), suggests that we are wise to take an Acts 17 rather than an Acts 2 approach with Gen Z.

In Acts 2, Peter is speaking to an audience of primarily God-fearing Jews who knew the prophetic texts of the Jewish Scriptures and were looking for the Messiah. They generally had a sense of guilt when they violated scriptural commands. Peter’s talk is very short. He reminds them of their story and then moves quickly to Jesus as the Messiah and calls them to repent and believe. He proclaims the gospel.

But in Acts 17, Paul is in Athens—a pluralistic society with no biblical moorings. The audience on Mars Hill was at best filled with pagan agnostics. Paul does not proclaim the gospel; he explains the gospel. He starts with creation and works his way forward—questioning their idols before bringing in Jesus at the end.

We, too, must rethink our starting point with Gen Z. We must start way further back in pre-evangelism.

Over the last decade there has been a debate about whether we should be attractional or missional when seeking to engage adults with the gospel. With Gen Z, it is clear that we must have an increasing “go to them” approach rather than a “come to us” strategy.

The easiest place to start is by simply adopting a local school. I recommend the one closest to your physical church building. Meet with a superintendent, faculty and/or staff member to determine practical ways to serve the school together as an entire church.

Consistent engagement and service of a local school will build trust in the community, cause you to interface with the socio-economic and racial diversity of your community, introduce you to a web of relationships with adults outside your church family, and at the same time give you plenty of opportunities to minister to Generation Z.

EFCA ReachStudents is part of the Campus Alliance. If you need motivation, ideas or resources for adopting and engaging a local school, check out the Adopt Your School movement.7

Assuming Gen Z will eventually come around to the gospel on their own is turning a blind eye to both the facts and reality. The pendulum has already swung, so taking a “business as usual” approach to the next generation is like adjusting the pictures on the wall of a burning house.

What if we were to prioritize Generation Z? Not to the neglect of other generations, no, but what if we put Gen Z in the sights of our missional focus in light of the seriousness of the times in which we live?

Choosing to prioritize the next generation can strengthen the church—offering a shared mission and clear focus in how we train and equip adults. It can foster a culture that embraces change while staying true to mission.

If we look at the surrounding culture, we might say that Gen Z has been dealt a tough hand. Yet we firmly declare God’s goodness and His sovereignty over even today’s cultural challenges. With that in mind, let’s intentionally deal this generation a few new cards, so that when it comes to Jesus, His Church and His mission, they can confidently say with their lives, “I’m all in.”

Help us continue to reach the next generation: Prayerfully consider making a gift to support EFCA ministries today.

Learn more about the ministry of EFCA ReachStudents.

Start at the beginning to read the entire five-part series.