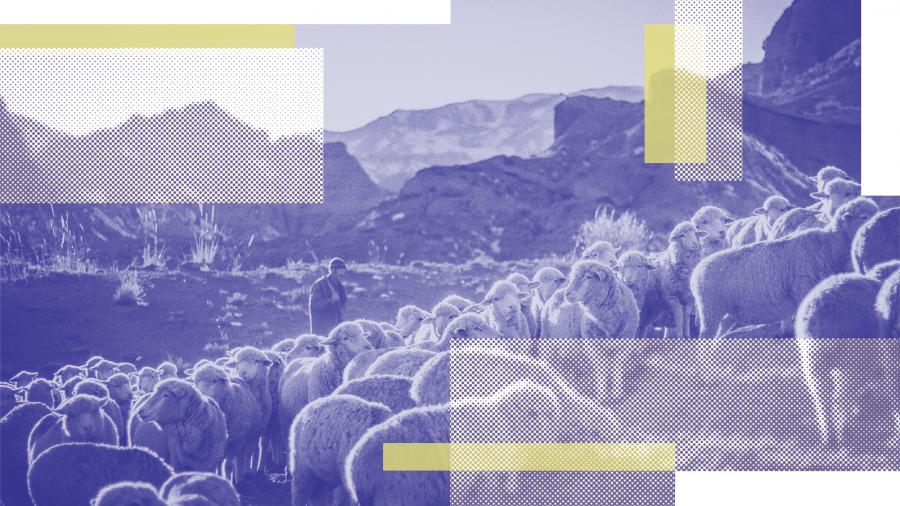 The Best, Unexpected News We Could Ever Receive

Remembering the true hope for all of us this Christmas season

When I was 10 years old and living in Southern California, I woke up early one morning to the sound of our neighbor banging on the front door and yelling:

“Hey Martin, wake up! There’s a fire surrounding us!”

We’re in good company as we consider the shepherds from Luke 2.
Tweet

Everyone in my family leapt out of bed, rushed to the back porch and discovered that, unfortunately, our neighbor wasn’t pranking us. We were surrounded by a massive, rapidly growing wildfire.

Being a 10-year-old, I was excited about the prospect of missing school and staying at a hotel, but my parents, rightly so, were just a bit more concerned about the fire’s ramifications. And while this was a truly shocking and unexpected moment—it was one that contained both bad and good news. The bad news: the raging fire roaring toward our home. The good news: our neighbor woke us up so we could escape. Nevertheless, I will never forget that alarming wake-up call.

As you look back on 2019, did some unexpected things like this happen to you or those you know? Whether they were good, bad or both, one thing is sure: we’re in good company as we consider the shepherds from Luke 2—the recipients of unexpected news that was not only unforgettable, but significant for all history.

Walking in the shepherds’ sandals

Here’s what we know about shepherds from the first century: They were ordinary people who did routine, mundane work in the fields. Yet for some reason, out of all people, an angel of the Lord appeared and the glory of the Lord shone astonishingly around them. And, as we read, “they were terrified”:

“And there were shepherds living out in the fields nearby, keeping watch over their flocks at night. An angel of the Lord appeared to them, and the glory of the Lord shone around them, and they were terrified.” (Luke 2:8-9)

What if, instead of delivering the best news you could imagine, God shows up in a way you’d least expect?
Tweet

As you probably know and have experienced—as I know I have—the shepherds aren’t alone in their panicked reactions to unexpected news from above. Throughout Scripture, this reaction of fear and panic to appearances from God or heavenly beings is actually pretty common.

In fact, the prophet Isaiah gives us an even more detailed example of what happens when God confronts people with the unexpected light of His glory. Instantly, Isaiah had three reactions: 1) he felt unsafe; 2) he felt lost and 3) he felt dirty. Listen to his response from Isaiah 6:

Isaiah recognized God’s glory as an unapproachable light exposing the shame of his wretchedness and the fear of his mortality against the holiness and righteousness of an immortal God. This Old Testament story further clues us in to what those first-century shepherds must have felt in that moment surrounded by “the glory of the Lord.” They, like Isaiah, were scared out of their wits. But notice what the angel says to them:

The angel doesn’t say this because there was nothing to fear—there was plenty for the shepherds to fear in that moment. He says this because he had good news: Fear had found its foe.

The anchor for everything

What “good news” do you want God to deliver today? Surviving this rough patch in your marriage? A good report from the doctor? Solving relational tensions on your elder team? What if, instead of delivering the best news you could imagine, God shows up in a way you’d least expect—with angels and news of a child’s birth?

“I bring you good news that will cause great joy for all the people. Today in the town of David a Savior has been born to you; he is the Messiah, the Lord.” (Luke 2:10-11)

Here’s the thing: all of us have news we’d love to receive, but what happens when we receive the kind of news I did as a 10-year-old on the morning of that wildfire? What kind of news would truly help you then? Yes, the growing wildfire was bad news—news that, no doubt, we could’ve lived without—but at the same time, there was good news: we were awakened.

The angel’s unexpected news of Christ’s birth was far and above the best news the shepherds, or anyone, could ever receive. And after receiving it, and believing it, this news can serve as an anchor for all the other kinds of news anyone will ever receive in their life.

Because of that news—“a Savior has been born to you”—we have our escape from the raging wildfire.
Tweet

On a night when my family and I could’ve lost our lives, we were awakened to good news—there was an escape. Now, by God’s grace, my family can see every day through the lens of the news we received of the impending wildfire. This same idea can be applied to the news the shepherds received—for all of us—on the night of the Messiah’s birth.

Because of that news—“a Savior has been born to you”—we have our escape from the raging wildfire. Through Jesus, uncleanliness and shame, sin and sorrow, fear and sadness would no longer be our oppressors. In the life, death and resurrection of the One who was born in a stable, we can now find life that is truly life.

None of us know what news we’ll face in 2020. But we know the God who rules over and ordains all the news we’ll ever receive, both good and bad. And if it was just news, you could shrug it off. But this news, this great joy, is a person, born in a stable, who is able to sympathize with you through every piece of bad news you will ever receive.

Ronnie Martin is lead pastor of Substance Church (EFCA) in Ashland, Ohio, and author of The Best Gift Ever Given and Stop Your Complaining. Ronnie is also the co-host of The Happy Rant Podcast with Ted Kluck and Barnabas Piper. You can follow him on Twitter.