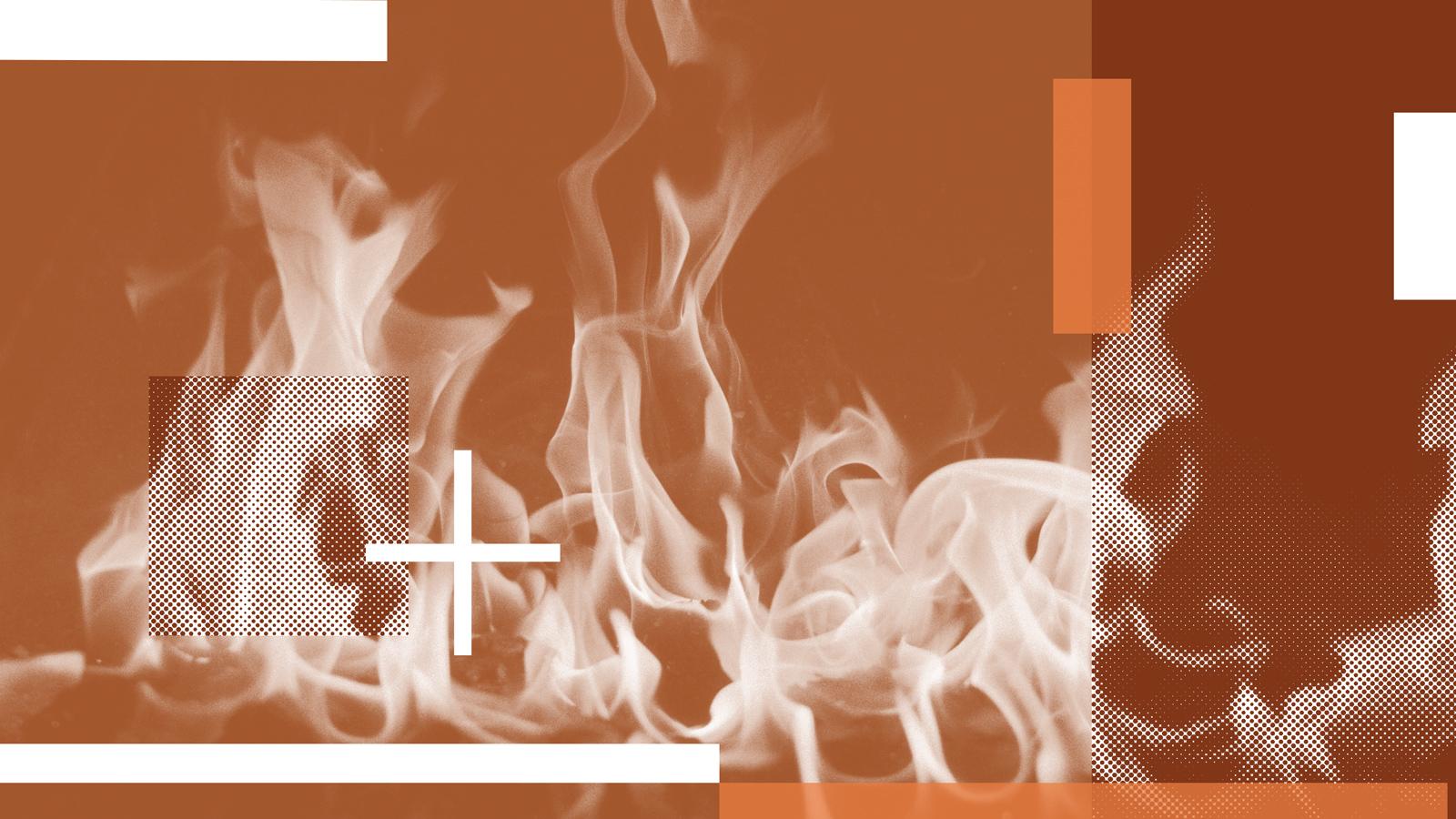 Spiritual gifts build and strengthen the body of Christ—but do we really understand the New Testament context for these tokens of the Spirit? Hear from two leaders in the EFCA as they contemplate a new book from Thomas R. Schreiner, Spiritual Gifts: What They Are & Why They Matter.

On Sharing Spiritual Gifts in Church

In a culture that can easily name our top five StrengthsFinder themes, our Myers-Briggs type (INTJ!), or our DISC profile, it can be easy to get wrapped up in the individual strengths and contributions we bring to our particular teams. Let’s be honest: We love to find out more about ourselves and why we are special.

The topic of spiritual gifts in the church can often be approached in a similar fashion—as a biblical way to distinguish ourselves and our personalities. But perhaps spiritual gifts are much more than that. Thomas R. Schreiner has published a non-technical, accessible book on this important theological and pastoral topic, Spiritual Gifts: What They Are & Why They Matter (B&H Books 2018). He provides a short theology of spiritual gifts and then argues for a modified cessationist position, mainly as it relates to the gift of prophecy and speaking in tongues.

These gifts from the Spirit are not about self-realization or our individual accomplishments.
Tweet

The first several chapters (2-5) of Schreiner’s book are important, as they lay out a basic theology of spiritual gifts. He addresses such key questions as: What are spiritual gifts? Why are they important? How does the Bible describe them being used in the church?

Schreiner helps us remember and recover the key biblical truths that all spiritual gifts fall under the lordship of Christ and are to be used in the service of His Church. These gifts from the Spirit are not about self-realization or our individual accomplishments. Contentment and humility should be fostered as we use our gifts in the body of Christ, trusting the Holy Spirit for the supernatural results they bring as the gifts build up, unify and edify the church (p. 35).

The second part of the book (chapters 6-11) is dedicated to a discussion on the specific gifts of prophecy and speaking in tongues, and Schreiner makes a case for a “nuanced cessationist” position on these particular gifts (p. 165). He reasons from the biblical text, using simple and clear arguments, and interacts amicably with the counterarguments of his contemporaries (e.g., Wayne Grudem and his different view of New Testament prophecy).

A key text for Schreiner is Ephesians 2:20, which describes the foundational role of the apostles and prophets. He desires to put clear boundaries around this part of New Testament biblical revelation (p. 108). Schreiner also views the “gifts” of prophecy and tongues, as they are used in most churches today, as differing from how these gifts are described in the New Testament (p. 155). For example, Schreiner understands the way that prophecy is mostly practiced in charismatic churches today as the sharing of impressions (as in, “God is impressing this thought on me”) rather than the use of the prophetic gift (p. 118).

The book is a good, clearly reasoned resource on this important topic in church life and practice.
Tweet

This second part of Schreiner’s book could be extremely helpful for a pastoral staff or a church-planting team who wants to clarify their positions on these issues. I’m thinking of church planters, who have been exposed to concepts like the fivefold ministry philosophy, also known as APEST, popularized by authors such as Alan Hirsch, or pastors who want to clarify how practices such as prophetic or listening prayer should be viewed in the life of the church. The discussion questions at the end of each chapter could easily be used in a small group discussion format.

Schreiner’s book is not meant to be exhaustive on these topics, so other, more technical resources will want to be consulted for those who really want to wrestle with this topic. (For example, consider: Are Miraculous Gifts for Today?, edited by Stanley Gundry and Wayne Grudem; Showing the Spirit, by D.A. Carson; or The First Epistle to the Corinthians, New International Greek Testament commentary by Anthony C. Thiselton). The book would have been more helpful with an extended bibliography for further reading. But overall, Spiritual Gifts is a good, clearly reasoned resource on this important topic in church life and practice.

Jonathan Shoemaker is an EFCA ReachGlobal team leader and missionary in Lisbon, Portugal.

Quenching or Stoking the Flames of Controversy?

It is perhaps ironic that fire is one of the images used for the Holy Spirit. Because whenever you engage with anything related to the third person of the Trinity, you run the risk of being burned by controversy. Still, respected New Testament scholar Thomas R. Schreiner faces the flames with humble caution in his book Spiritual Gifts: What They Are & Why They Matter.

From the outset, Schreiner is honest about his own convictions and goals. He is a cessationist, believing that many of the spiritual gifts described in the New Testament are no longer active today. His aim is to present his brand of cessationism in a manner that will be accessible to every person in a pew. It is this very desire that leads to the positive and negative aspects of Schreiner’s work.

Schreiner’s disposition and humble tone warmly invite readers to explore this topic without fear of being lectured or insulted.
Tweet

Positively, Schreiner’s approach to the burning controversy of spiritual gifts helps readers to first feel the warmth and see the light this fire can provide. Many people shy away from theological debates, but Schreiner’s disposition and humble tone warmly invite readers to explore this topic without fear of being lectured or insulted. He repeatedly admits that his own estimation of spiritual gifts could be wrong. This humble, pastoral approach will draw many readers into a subject they otherwise might avoid.

Further, Schreiner makes good on his promise to keep his book non-technical and practical. Anyone who feels like they are completely in the dark when it comes to spiritual gifts will find that Schreiner’s brief chapters and easy-to-read prose shed much light on the topic. The book is well suited to be used in a small group setting as each chapter concludes with questions for discussion that are sure to lead to lively conversation.

The positive elements of Schreiner’s work truly give off plenty of warmth and light. However, the negative flames of controversy still seem to me like they will at least singe every reader as the book appears weakest when dealing with the issue that is most contentious... cessationism.

The crux of Schreiner’s cessationism hinges on his argument that all prophecy is always infallible.
Tweet

The crux of Schreiner’s cessationism hinges on his argument that all prophecy is always infallible. Whether you are talking about Isaiah, Elijah, the 100 prophets hidden in a cave by Obadiah, Agabus or Philip’s four prophesying daughters, Schreiner believes they all spoke the infallible Word of the Lord, and any misstep would prove them to be a false prophet.

As far as I can tell, this argument seems unique among scholars. Most theologians, cessationists included, are willing to distinguish between an authoritative prophetic office (including contributors to Scripture, such as many Old Testament prophets and the New Testament apostles) and a general prophetic gift whose words do not have the same authority and need to be tested (1 Thessalonians 5:20-21; 1 Corinthians 14:29). Schreiner unconvincingly tries to combat this position and its supporting texts. In the end, it seems unwise to build one’s entire view upon a singular shaky argument.

Unfortunately, Schreiner’s argumentation concerning the gift of tongues and miracles is even weaker as it primarily depends on what Scripture does not say rather than on what it does say. Due to the very nature of the book, Schreiner is unable to engage in the more technical aspects of his argument, which, I fear, only serves to fan the flames of controversy all the more.

In the end, readers who are cessationists will either experience a surface-level reaffirmation of their convictions or be disappointed that the book does not achieve its stated goal. On the other hand, continuationists, like myself, will hardly be convinced by Schreiner’s arguments. While offering a decent introduction to the topic, Spiritual Gifts does not really do much to advance the conversation or quench the flames of controversy. Readers may get a little more light, but they are equally likely to get burned by the uncleared confusion surrounding this controversial issue.

Jonathan Haefs is the lead pastor of Shades Valley Community Church (EFCA) in Homewood, Alabama, where he has served since February 2012.

How do you see spiritual gifts at work in your church? Share your thoughts in the comments.

Jonathan Haefs is the lead pastor of Shades Valley Community Church (EFCA) in Homewood, Alabama, where he has served since February 2012. He is a graduate of Liberty University, Beeson Divinity School, and is pursuing a Ph.D. through Southern Seminary. Jonathan has been married to Holly for 14 years, and they have five children: Charis, Levi, Talitha, Asher and Solomon. You can find him reading theology of Tolkien, playing with his kiddos or cheering on the Atlanta Braves.

Jonathan Shoemaker is an EFCA ReachGlobal team leader and missionary in Lisbon, Portugal.