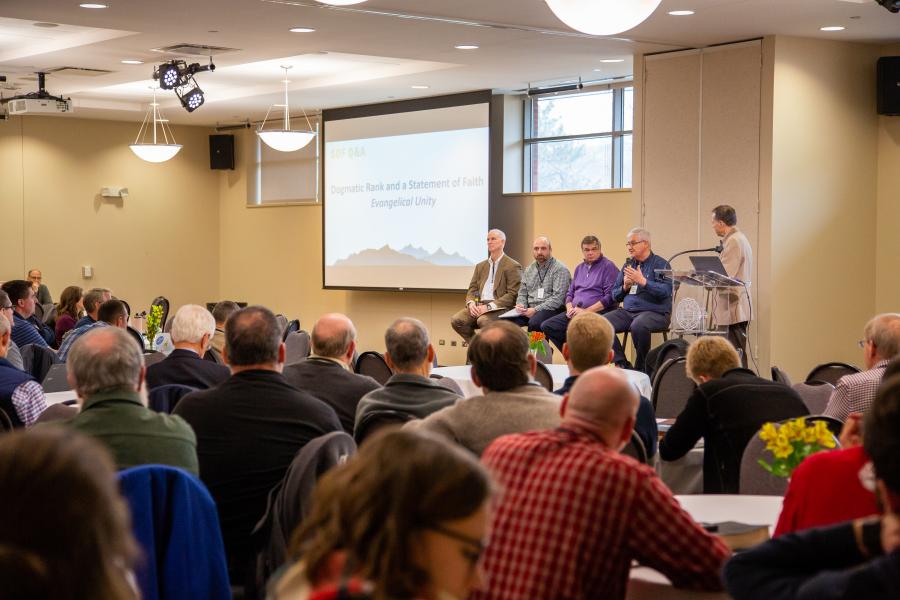 As part of the 2019 Theology Conference at Trinity International University in Deerfield, Illinois, Greg Strand, executive director of theology and credentialing at the EFCA, and Bill Kynes, senior pastor at Cornerstone Church (EFCA) in Annandale, Virgina, hosted a “Statement of Faith Q&A” regarding the motion to amend Article 9 of the EFCA Statement of Faith.

The motion—unaninmously and enthusiastically adopted by the EFCA Board of Directors in February 2017—proposes removing the term “premillennial” and replacing it with “glorious,” as follows:

"We believe in the personal, bodily and glorious (premillennial) return of our Lord Jesus Christ. The coming of Christ, at a time known only to God, demands constant expectancy and, as our blessed hope, motivates the believer to godly living, sacrificial service and energetic mission." — EFCA Statement of Faith, Article 9

During the session, Strand and Kynes introduced the topic and addressed some of the frequently asked questions regarding this proposed change to the EFCA Statement of Faith.

“There is no single understanding, at the moment, of the fulfillment of the promises or prophecies given to Israel [in Revelation 20], what the coming of Christ entails and the fulfillment of these prophecies, how to understand Israel and the Church, among other issues. It doesn’t mean that there aren’t positions. It doesn’t mean that there aren’t ways in which people understand it. The point is that there isn’t an absolute, singular view that’s mandated. That’s what we’re saying.” — Greg Strand