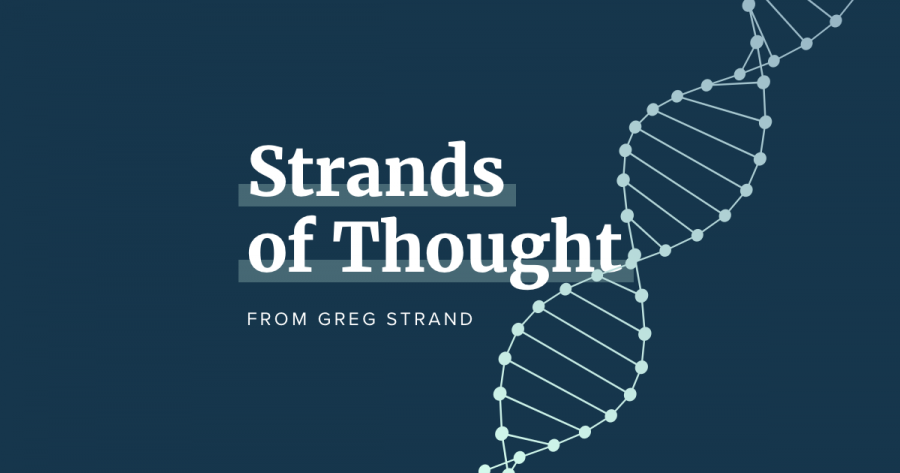 Giving Thanks In All Circumstances

“Now Thank We All Our God”

We began this year of our Lord 2020 asking the Lord to increase our spiritual vision, to reflect spiritually what we experience in the calendar. Shortly into this new year, we faced the COVID-19 pandemic, which remains with us today? Who would have thought this spiritual vision would have come about through the pandemic caused by COVID-19?

Giving Thanks: Gladness and Groan

Now toward the end of 2020, we celebrate Thanksgiving. Though Christians do not need a day to give thanks to the Lord, since our lives are marked by giving of thanks, it is a good reminder for us to pause, ponder and reflect on those things for which we give thanks to the Lord. There are many things that come to mind, though as we ponder them we may be less than thankful. We think of lost moments, distanced relationships, dashed dreams, cancelled celebrations, multiple disappointments and discouragements, and death.

And even this list is only representative, not exhaustive. These are all accurate descriptions and reflections of what we have experienced and expresses some of how we are processing those experiences. We do not deny or act as if these things are not real, but because of Christ they do not have the final say. This virus and its effects impact us, but they do not ultimately control us.

We know that though we live in the world, we are not of the world. We live between the first and second comings of the Lord Jesus Christ. We live with the now and the not yet of the kingdom of God, inaugurated by Jesus. We live with a gladness and a groan.

The Gladness and Groan Expressed in Psalms, Hymns and Spiritual Songs

One of the ways this gladness and groan is captured is in the psalms, hymns and spiritual songs (Eph. 5;18-21; Col. 3:16) sung by the people of God. Often when we do not know what to say, the words we sing give expression to what is in our hearts, both joys and sorrows, and we do so corporately.

For Christians, singing is one of the ways we not only express truth, but we also embed truth. The lyrics we sing with the accompanying melody allow us corporately to express our faith, our hope, our trust, our thanks, and many other truths, which are expositions of the truth revealed by God in the Word, the faith once for all entrusted to the saints (Jude 3). And yet these lyrics also embed these truths about which we sing deeply into the hearts and minds of those who sing them.

Think of the songs you have learned and how long they linger and remain with you. This music not only expresses what has formed and shaped us, in the engagement in the singing we are also in turn formed and shaped by them. This expresses the why of what we sing being so important. This is one reason Martin Luther expressed, “Next to the Word of God, music deserves the highest praise.”

Martin Rinkart: Truth About God In a Historical Context

One of my favorite hymns is Martin Rinkart’s Now Thank We All Our God, which is especially fitting during Thanksgiving, and especially so this Thanksgiving as we live in a COVID-19 pandemic. Not only do the lyrics speak profound truths about God and his ways, the context in which the song was written give added meaning and significance to the hymn.

Rinkart (1586-1649) was ordained to the ministry of the Lutheran Church, and in 1617, at 31 years of age, he was called to serve as the pastor of Eilenberg, Saxony, Germany, his hometown. He began serving shortly before the beginning of the Thirty Years’ War (1618-1648), which was fought between the Roman Catholics and the Lutherans. The historical context is explained as follows (Kenneth W. Osbeck, 101 Hymn Stories: The Inspiring True Stories Behind 101 Favorite Hymns, p. 171): “Because Eilenberg was a walled city, it became a frightfully overcrowded refuge for political and military fugitives from far and near. Throughout these war years several waves of deadly pestilence and famine swept the city as the various armies marched through the town, leaving death and destruction in their wake. The Rinkart home served as a refuge for the afflicted victims, even though it is said that Martin Rinkart often had difficulty in providing food and clothing for his own family.”

During one of the worst of the plagues in 1637, Rinkart was the only minister who remained in the city. As the lone minister during this plague, he often conducted as many as 40-50 funerals per day. Amazingly, and almost incomprehensibly, he served as the pastor for more than 4000 burials. One of those was of his dear wife. In context, the whole of his pastoral ministry was conducted in the midst of the Thirty Years’ War (1618-1648), beginning one year before the war began (1617), and ending with his death, one year after the war ended (1649).

It was in the midst of his ministry in this context that Rinkart penned the hymn, Now Thank We All Our God (which has been widely used in German churches, second only to Luther’s A Might Fortress is our God). With the reality of our own lives and ministries, and the changes and challenges, the disappointments and discouragements we are experiencing this year, this hymn gives expression to the truths we affirm about God and the Christian life.

Leland Ryken summarizes the importance of this historical context for our own experience as we sing this hymn in two ways (40 Favorite Hymns for the Christian Year: A Closer Look at Their Spiritual and Poetic Meaning, p. 106). “First,” he writes, “it dispels any suspicion that the extreme sentiments expressed in the poem are facile or glib. Second, it shows us that we can be grateful to God even amid terrible deprivation and misery.”

Now Thank We All Our God as a Hymn and Prayer

If you know the hymn, join me in singing it on Thanksgiving day. If you are unfamiliar with the hymn, I encourage you to pray it. Brothers and sisters, now thank we all our God!

Now thank we all our God
With heart and hands and voices,
Who wondrous things has done,
In whom his world rejoices;
Who from our mothers' arms,
Hath blessed us on our way
With countless gifts of love,
And still is ours today.

O may this bounteous God
Through all our life be near us,
With ever joyful hearts
And blessed peace to cheer us;
And keep us in his grace,
And guide us when perplexed,
And free us from all ills
In this world and the next.

All praise and thanks to God
The Father now be given,
The Son, and him who reigns

With them in highest heaven –

The one eternal God,
Whom earth and heav’n adore;
For thus it was, is now,
And shall be evermore.