A Hopeful Perspective for the New Year

Rejoicing in an occupied throne in heaven 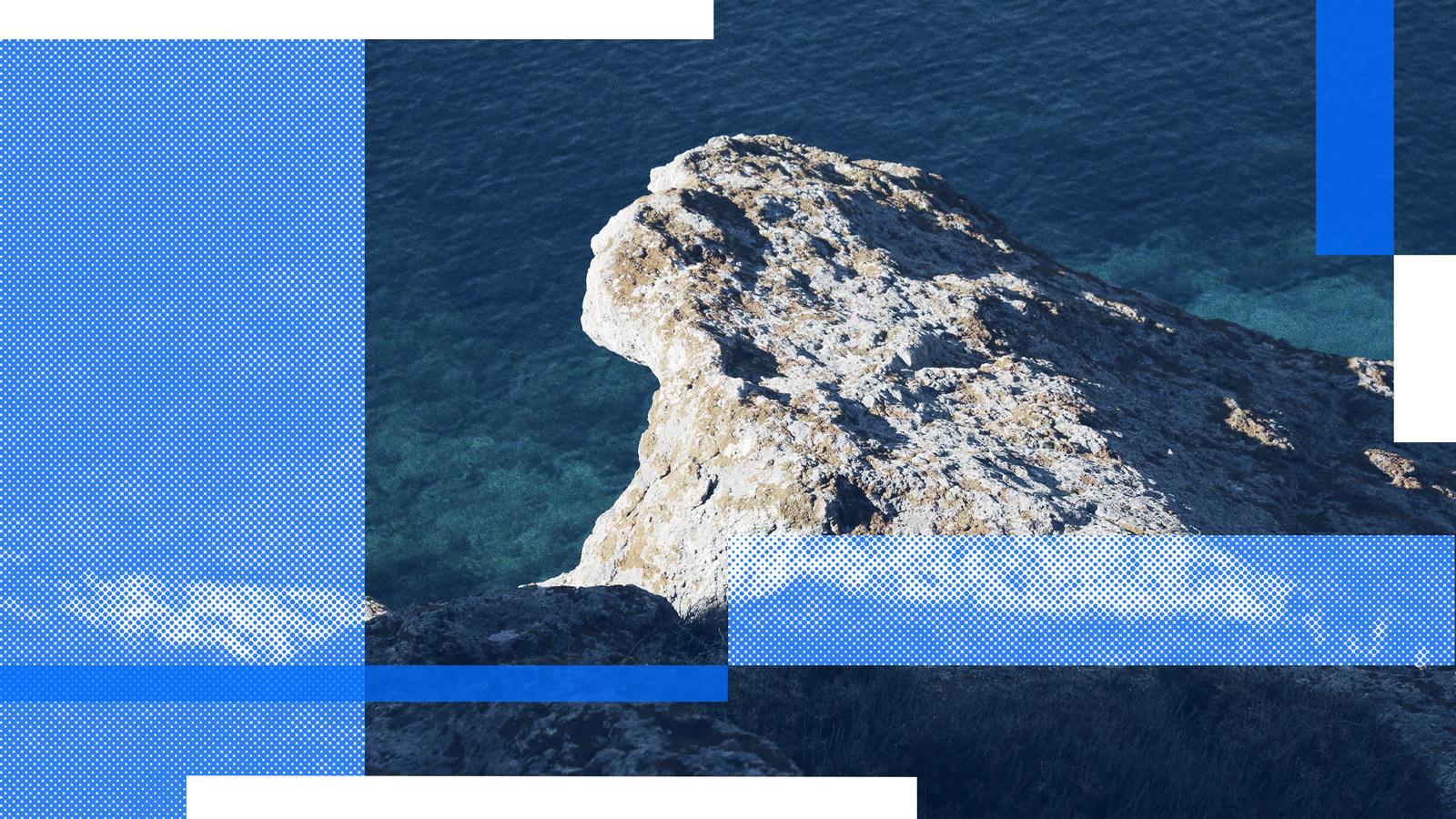 As followers of Jesus Christ in 21st-century America, there are times that we may feel pushed to the brink of despair.

If we openly and lovingly express our belief that some of the social issues of our day are an abomination to a holy God, we will experience the wrath of our neighbors, our coworkers and even our friends, especially on social media. We will be called extremists and bigots.

If we are bold enough to declare that Jesus is the way, the truth and the life, we will be labeled as proud, self-righteous fanatics (John 14:6). Followers of Christ used to be considered the “good” guys, but we are quickly becoming the “bad” guys!

Circumstances in our personal lives can also push us to despair: when we are grieving a prodigal child, when we are betrayed and rejected by an old friend, when we are falsely accused, when our pension is cut in half and we wonder how we are going to make it financially, when our church leadership informs us that someone else is needed “to take the church to the next level,” or when a dear friend or family member passes away.

As Solomon once expressed it, there is “nothing new under the sun” (Ecclesiastes 1:9). Despair, I have found, can take many forms.

An apostle pushed to the brink

Life in 1st century A.D. was enough to push even John, the apostle of love, to the brink of apparent despair. Let’s try to put ourselves in his sandals for a moment.

In 81 A.D., Domitian became the emperor of Rome and rose to power without opposition from the Praetorian Guard and the Senate. It didn’t take long for his autocratic ways and his quest for absolute power to rise to the surface. By 86 A.D., he was requiring officials of his household to address him as “Lord and god” (as documented by Suetonius in the Life of Domitian). And by 89 A.D., he had instituted what has been described as a “reign of terror” in Rome and throughout the empire. Many prominent leaders were executed on trumped-up charges of treason. Because “emperor worship” was now the law of the land, Domitian’s wrath was soon directed toward the Christian community.

John may have wondered about the future of the Church in such a hostile, secular world.
Tweet

Timothy, Paul’s son in the faith, was among the hundreds of Christians who suffered martyrdom during Domitian’s reign of terror. Timothy was serving the church in Ephesus when he was martyred. Another key member of the church in Ephesus was the beloved disciple and Apostle John, who was approximately 90 years old at the time. In spite of his age, John was not exempt from Domitian’s persecution. A well-documented legend suggests that after being summoned to Rome because he refused to acknowledge Domitian as his Lord and God, John was thrown into a cauldron of boiling oil by order of the emperor himself. When John came forth from that “bath” full of life and strength, the frustrated emperor banished him to the island of Patmos.

John did not arrive on that island in the Aegean Sea as a tourist hoping to find a special souvenir. Instead, he arrived as a slave and was chained to other slaves to work the marble quarries that dominated the island’s landscape. So much for a beach vacation and a restful retirement for this 90-year-old servant of the risen Christ! John had obviously reached a point in his life where things simply could not have gotten any worse—but they did.

While on Patmos, Jesus gave John seven letters that were directed to seven churches in Asia, which were to become the Book of Revelation. John must have been grieved when he kept hearing the Lord say, “I have this against you!” Even his home church in Ephesus “had left its first love” (Revelation 2:4). That must have been hard for this “apostle of love” to process.

After enduring such terrors from Rome and then hearing the Lord’s assessment of the Church, John may have wondered about the future of the Church in such a hostile, secular world. John had heard Jesus promise that “the gates of hell would not prevail against the church,” but after all that he had seen and experienced, it could have been natural for him to struggle with the fulfillment of that promise (Matthew 16:18).

A throne in heaven

Exiled on Patmos, John had a necessarily limited perspective. To expand his mind, God gave him a prophetic vision of heaven, allowing him to see the unseen world of eternity. Once there, John experienced a fresh dose of reality for Christ’s Church, both then and now.

Immediately after the Lord’s assessment of the church in Laodicea, John writes:

Like the prophets Michaiah (1 Kings 22:19), Isaiah (Isaiah 6:1) and Ezekiel (Ezekiel 1:26) in their moments of anxiety and despair, John saw a throne—God’s throne—established in heaven.

The throne of God is at the center of the Book of Revelation; it’s mentioned 39 times in the book and 12 times in the fourth chapter alone. (To gain context on what a strong theme it is, the Gospel of Matthew contains the second-highest usage of the word “throne” with just four instances.)

The verb translated as “sitting” describes the position of a king who is actively reigning. The terminology is still used today. (For example, if a politician is seated, he or she is said to be holding office. Likewise, if an elected official is put out of office, he or she is said to be “unseated.”) John sees the King of kings and the Lord of lords seated on the throne in heaven, implying that He is actively exercising the duties of His executive office, ruling and reigning over the affairs of all of His creation.

As the Apostle John’s world was falling apart around him, and as he presumably found himself struggling with loneliness, pain and despair, he needed a fresh view of God. He—like all of us—needed the reminder that there is a throne in heaven and that it is established and occupied.

A God who holds everything in His hands

Today, there is a throne in heaven, established and occupied yesterday, today and forever. This fresh dose of reality should help cure our pain and despair, whether we feel it on a personal, local, national or international level.

Am I living every day with the sobering belief that one day I will appear before His throne?
Tweet

Despite his many trials, the Apostle John received a renewed vision of God’s sovereign power and supreme authority, and his story came to a blessed end. Many 1st-century writers have documented that Domitian’s reign of terror ended on September 16, 96 A.D. His wife, Domitia, believing that no one was safe as long as her husband was alive, conspired with two members of the Praetorian Guard to have him assassinated.

After 18 long months on the island of Patmos, John was allowed to return to Ephesus, where he was joyfully reunited with his fellow believers. Once home, he discovered that in spite of a murderous emperor and the Lord’s assessment of the church, the gates of hell had not prevailed against the body of believers in Ephesus. According to one tradition handed down by Jerome, the elderly apostle had to be carried to the church in the arms of his disciples. At their gatherings, he would simply tell them, “Little children, love one another!” When they asked him why he kept repeating the same message, he reportedly said, “It is the Lord’s command. And if this alone be done, it is enough!” History tells us that John died peacefully of natural causes in 98 A.D.

I like to imagine John on board a ship leaving Patmos and sailing east for Ephesus. As the island got smaller and smaller in the western sky, perhaps John remembered and rejoiced afresh in the fact that there is a throne in heaven with someone sitting on it. May we share in this remembrance, trusting that no matter what struggles we face, there is a throne that is established and occupied—and a King who will never be unseated.