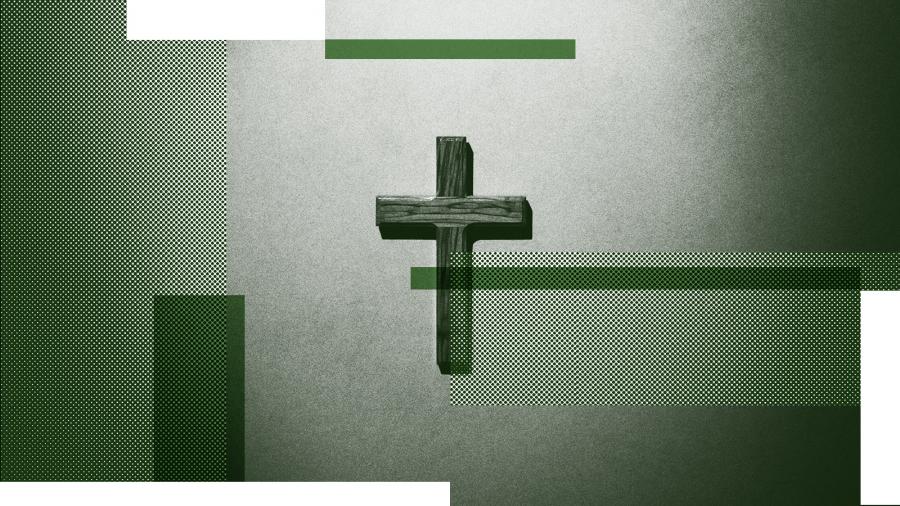 The Manger, The Cross

How the paradox of Christmas offers real peace on earth

A homeowner’s association on the east coast recently asked one of its residents to remove the wooden cross structure from their outdoor Christmas decorations. What surprised the recipients of the letter wasn’t the request itself, but the rationale: the cross, according to the request, is a seasonal decoration more fitting for Easter. Christmas, after all, is a time for colored lights and nativity scenes—not the first-century equivalent of an electric chair.

The story of Christmas is a cosmic gift wrapped in paradox.
Tweet

Perhaps the HOA is correct in labeling the symbol’s seasonality. Positioning the cross on center stage in a season warmed by the sentiment of the manger feels paradoxical at best, inappropriate at worst. After all, one represents new life: the baby that was born on Christmas Day, 2,000 years ago; the other represents only death.

But the manger and the cross are not meant to be separated. Their truest meaning comes to light when they are paired together. Maybe the paradox of Christmas is exactly what we need to wake our souls from their quarantined slumber.

The paradox of Christmas

A paradox is something that appears to contradict itself at first glance. But, upon closer inspection, the thing that once appeared absurd is proved possible and even true.

The story of Christmas is a cosmic gift wrapped in paradox:

King of kings… swaddled and held.

The very Word of God… mute in a manger.

What the Christian church has called “the incarnation” for a couple thousand years is, in essence, the unlimited God purposefully putting on the limitations of humanity. In chapter two of Luke’s gospel the event is announced, and in its presence we find the hidden meaning of Christmas.

Without the cross, the story of the manger loses meaning...
Tweet

Good news to the night workers

It happens on an ordinary evening after a group of minimum-wage shepherds check in for their night shift. An angel, out of nowhere, appears to the night workers who are utterly terrified:

“But the angel said to them, ‘Do not be afraid. I bring you good news that will cause great joy for all the people.’” Luke 2:10

The only way this scene could possibly become more dramatic is by cranking up the volume. And so they turn up both the quantity and the decibels: thousands upon thousands of angels appear and loudly sing, shout and praise God for His unrivaled greatness and recite the now-famous KJV motto of Christmas: “Peace on earth and good will to men” (Luke 2:14).

Many know these words, both within and outside the walls of the church. But what has become increasingly unfamiliar is an understanding of how this promised peace will come to earth. God’s great “how” is the cross of Jesus. Without the cross, the story of the manger loses meaning and our Zoom-fatigued hearts are left to rely on mere sentiment to fill the eternal longings with which they’ve been charged.

Herein lies the great paradox of peace: the announcement of the Messiah’s birth is forward looking to the peace-giving salvation found only in his death.

To those who are tired and weary, Christmas says open your arms and receive real rest.
Tweet

The birth of Jesus brings joy into our cluttered, exhausted homes and lives by first offending some of our deepest intuitions. It is a message of a coming peace, but first there is war to be battled with the announcement of the Messiah—a David-like champion who has come to slay our sin and coldness to God, the ultimate Goliath.

His weapon is not a sword, but a cross. In His own words, Jesus came into the world to give his life as a ransom for many (Mark 10:45). He is the One promised in the stories of old who was to heal us by taking on our wounds. Even in His earliest years, we see Him laid down in a feeding trough for animals (Luke 2:7), shedding blood at the hands of others at His circumcision (v 21), and being chased down by a wicked king (Matt 2:1-12). These events are foretelling.

In effect, we have it backward. The manger is the warning of the price tag we cannot pay, not even with our highest achievements, our moral bank accounts or our presentation of our well-ordered lives. It’s a picture of God saying to us, “You can’t do it.” But the manger is also a promise that God has come to do what we cannot. The cross is God making good on His promise with Jesus paying our debt in full.

This is good news to everyone. This is a promise of peace to all. To those who are tired and weary, Christmas says open your arms and receive real rest. Replace your efforts with awe at the One who has come to rescue you from your failed attempts to save yourself. Christmas is an invitation not to try harder to be a good person, but to come and sing:

Light of life, dispel my darkness,

Let your frailty strengthen me;

Let your meekness give me boldness,

Let your burden set me free;

Let your death be life for me

Davis is the Associate Pastor of Outreach & Development at Hope Community Church in downtown Minneapolis. He graduated from the University of Minnesota with a degree in Finance and Entrepreneurial Management and worked in business consulting before going to Reformed Theological Seminary to earn his Master's of Divinity. He is married to Emma and enjoys competition, renovation projects, compelling stories (written and on-screen) and watching the Green Bay Packers lose—especially with his Wisconsinite in-laws!