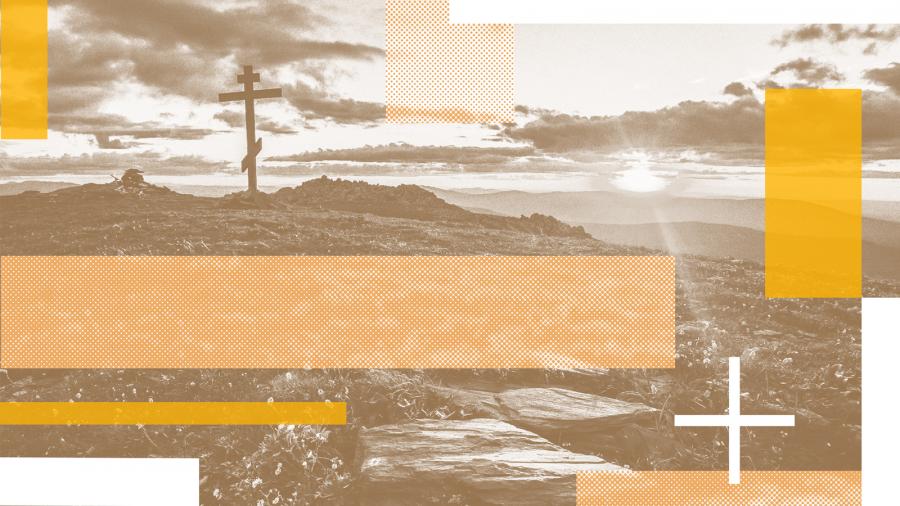 Marked by His Creation

An Easter reflection on the mystery of the cross

There is no magic in the cross. At Calvary, there was no hand waving; there was no trick. God did not beat Satan at his game or spring a “catch” or use a loophole. Though poetic, it was not poetry; the cross was not simply gesture or motion. To the invincible God, the cross was anything but harmless.

Lest we lose sight of the forest for the tree (†), the brutality of the cross was not unique to Jesus, for many others were claimed on crosses, died in the place of others or perished in ways more terrible than even crucifixion. The physical killing of Jesus’ body was only a glimpse of the destructiveness of the cross. In the cross, we see a vulnerability, if we can call it that, in the all-powerful God: God was subdued not by His creation, but unto His creation. In the cross, we glimpse His limitless power, in perfect restraint, subdued by Himself to be subject to His subjects. God first became vulnerable not through the cross but through creation.

The first Adam was created very good but died by way of sin, but the second Adam, Jesus, came to us perfect. Though He bore human constraints, being fully man, He remained perfect, being fully God, and yet died a death related to sin. The cross is the irony of life and death: It is injustice toward God to fulfill God’s justice. Destruction of Jesus’ body brought the destruction of sin, and the destruction of death brought everlasting life to those in previous decay.

There is no magic in the cross, but oh, what deep mystery!
Tweet

For through the cross, Jesus took on sin. He associated with sin intimately in order to allow for eternal intimacy with His created ones. But there is still more.

Though I do not dare to suspect I can fathom all that occurred via the cross, I see this now: At the cross, God became separated from God. This was not an intricate surgery such as one that separates conjoined twins. Rather, just as the curtain of the temple was torn in two, this was a tearing, ripping, bloody experience, one that would leave scars and scabs. What a mystery, that our God who never sinned could actually understand sin more deeply than even us, the fallen chiefs of sinners.

For as Christ knew oneness with the Father, His separation on our behalf would be felt at the deepest of levels. Though we sin, as humans we fail to understand our desperate need for oneness with God and so fail to fully grasp sin as the separation from God that it is. We experience sin as the act, the breaking of a law, and not as the space it creates between us and God.

God marked Himself permanently by the lengths He went to for His creation. When we gaze upon the beauty of the Lord, we may observe a marred face. And He shall be all the more beautiful for it. For the risen Christ, beheld by the disciples, remained with His scars.

There is no magic in the cross, but oh, what deep mystery!

Ian Jackson is a family physician in Southwest Michigan, where he lives with his wife, Laura, and daughter, Esther. They attend the Chapel, an Evangelical Free Church in St. Joseph, Michigan.