New Takes on Common Questions That Keep People From Faith 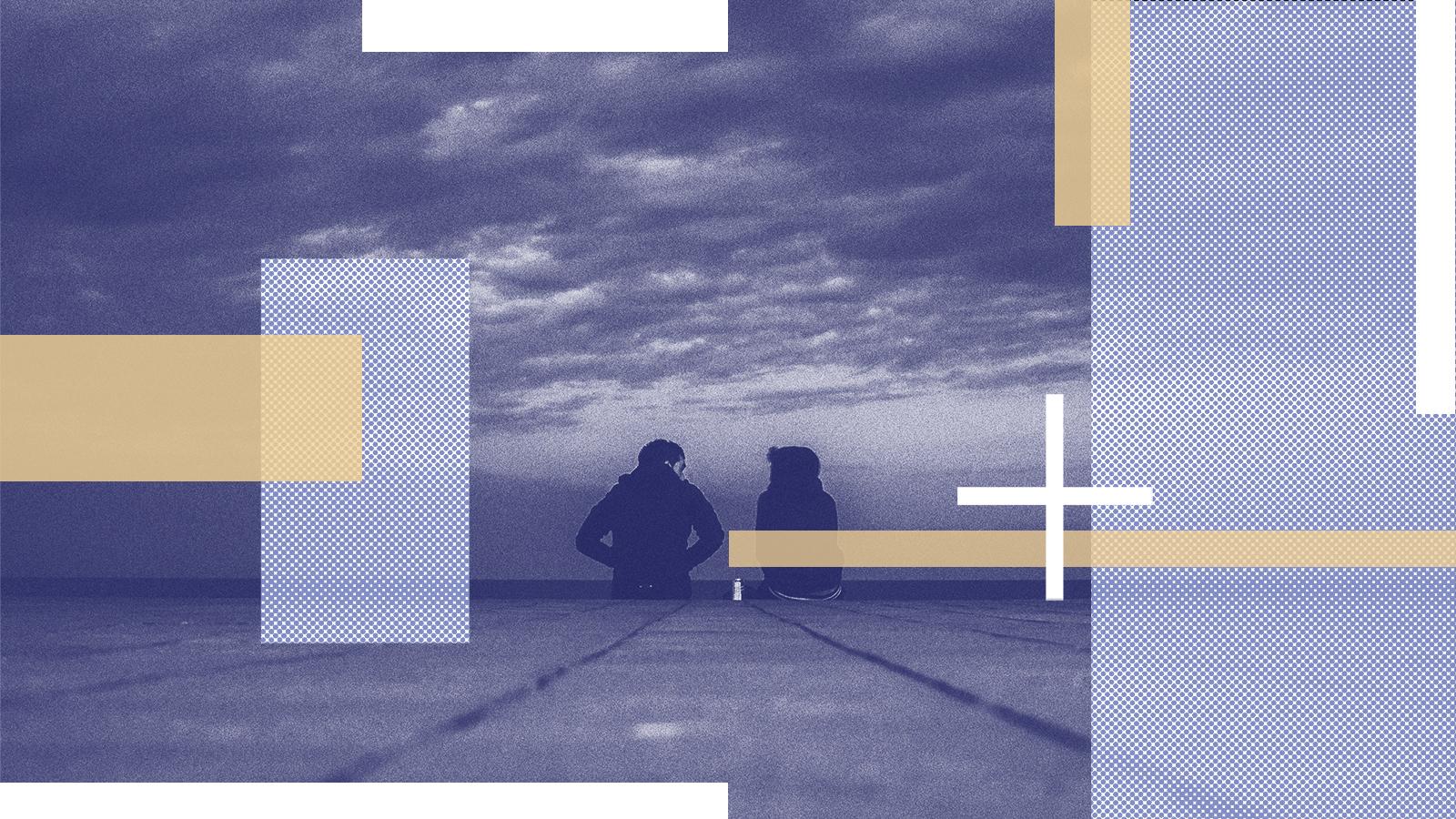 In her book, Confronting Christianity: 12 Hard Questions for the World’s Largest Religion, author Rebecca McLaughlin begins with this introduction:

"In 1971, Beatles star John Lennon had a dream. Closing his eyes to the atheist regimes of his day, he dreamed of a brotherhood of man with no heaven, no hell, no countries, no possessions, ‘nothing to kill or die for,’ and ‘no religion.’ The dream persists.

Eight years before ‘Imagine’ was released, another prophet shared another dream…[Martin Luther King, Jr ] dreamed that ‘one day every valley shall be exalted, every hill and mountain shall be made low. The rough places will be made plain, and the crooked places will be made straight. And the glory of the Lord shall be revealed.’ Isa. 40:4.

This is a taste of what you can expect in McLaughlin's book. She sites quotes, comments and discussions from a myriad of people as well as fictional characters as she tackles common questions about the Christian faith. Three reviewers within the EFCA write about what they took away from McLaughlin's new book.

A Useful Resource and Starting Point to Engage Others

Peppered with facts, figures and testimonials, Rebecca McLaughlin’s book, Confronting Christianity: 12 Hard Questions for the World’s Largest Religion (Crossway, 2019), attempts to convince readers of the plausibility of Christianity. Targeted specifically toward those who are troubled by some of religion’s most difficult questions, Rebecca aims to “look closely at important questions” (p. 14) that have often caused people to reject the Christian faith.

Among these are questions such as, “How can you say there’s only one true faith?", "How can you take the Bible literally?" and "Doesn’t the Bible condone slavery?” McLaughlin systematically tackles one question per chapter, usually by giving a common Western context for the question itself, stating her own Christian stance or aim, and then presenting her arguments for it.

The variety of examples used to address the hard questions is astounding and fairly extensive. Some chapters focus on extra-biblical evidence for support, while others utilize biblical frameworks. McLaughlin draws out logic from culture, history, research, science, reasoning, philosophy, her own experiences and others’.

McLaughlin challenges readers to engage those inside and outside the church who may share similar struggles.
Tweet

Some of her chapters become quite raw. For example, faced with not only the questions a particular culture can bring to the surface but also her own personal ones, she addresses the question, “Isn’t Christianity homophobic?” She doesn’t hesitate to describe the same-sex attraction she has experienced throughout her life. By addressing thoughts and feelings that could be uncomfortable for some, she challenges readers to engage those inside and outside the church who may share similar struggles.

In her last chapter on hell and wrath, McLaughlin frankly shares, “Dig in some places in my heart, and you will find rich soils that will help you know me better and, perhaps, love me more. But scratch on other turfs, and your positive view of who I am will explode in your face. We all manage self-disclosure” (p. 214).

Christians often feel underequipped to respond to logical, non-Christian arguments, and for many, engaging them can be overwhelming. For this reason, McLaughlin’s book could be a very useful resource for anyone in the church who ministers to those asking the kinds of hard questions she tackles.

Her sources are abundantly referenced, and additional resources could easily be found by simply looking through her bibliography.
Tweet

The variety of topics McLaughlin addresses is admirable, and she doesn’t shirk from attempting to truly confront some of the most common questions that keep people from accepting the Christian faith. Because she has done some of the initial legwork, her book is a great starting point to engage people who ask hard questions. Her sources are abundantly referenced, and additional resources could easily be found by simply looking through her bibliography.

On the other hand, she covers so many questions in this relatively short book, that the non-Christian who is intellectually disengaged with Christianity may not be quite convinced. Though some chapters cover topics more extensively than others, overall, more depth of discussion may be needed for the thoughtful unbeliever.

Reading this book was an intellectual challenge for me, as well as a source of conviction, causing me to ask myself a different kind of hard question: how engaged am I really with the non-Christians around me? Do I know them well enough to discern if they are actually wrestling with these topics? I readily see these stumbling blocks in the culture at large, at a distance, but I admit I haven’t really gone to the lengths McLaughlin has to understand her non-Christian friends’ logic. Through her faithfulness to engage the hard questions of the culture, I’ve been challenged to contemplate my own.

McLaughlin tackles 12 “hard questions” modern and postmodern skeptics lob at Christianity—questions with implied “of course!” answers, like: “Aren’t we better off without religion?”, “Doesn’t religion hinder morality?” and “Doesn’t religion cause violence?” McLaughlin draws on a wide range of sources in handling each of these questions, from atheist sociologists and psychologists to Christian academic intellectuals and ancient Church Fathers.

Confronting Christianity reads like a series of essays, each of which could stand on its own. The wise pastor or leader will purchase a copy of this book to keep on the shelf as a reference but may not necessarily take the time to read through the entire volume. Each essay could be helpful in sermon preparation when addressing one of these questions, in counseling someone who wrestles with Christianity or in providing Christians with confidence in their beliefs.

McLaughlin is at her best when addressing questions in which her personal experience gives her extra credibility. As a same-sex attracted British woman married to an American man, she adroitly addresses: “Doesn’t Christianity denigrate women?” and “Doesn’t Christianity crush diversity?” Indeed, her best work is found in the chapter addressing the question, “Isn’t Christianity homophobic?”, in which her unique perspective on intimate friendship serves as a healthy corrective to the American church’s obsession with the nuclear family unit.

For all its value, Confronting Christianity left me wanting more. For one, each of the questions in this book has received book-length treatment in other volumes, none of which are collated into a helpful “for further reading” section. For the ardent skeptic, more interaction will be needed, but Confronting Christianity doesn’t tell the reader where to go next.

This book is a rare combination of on-the-ground realism, academic rigor, and compassionate articulation of Christian belief.
Tweet

For that matter, Confronting Christianity seems confused as to who its audience is. Some essays read as though they are directed at the antagonistic atheist, others at the sympathetic skeptic and others at the beleaguered believer. At the end of the book, I wasn’t sure if it was intended to be used as a reference by a pastor, as a comfort to the believer or as a gift for a skeptic. Perhaps all three were intended; that aim is admirable, but the result felt confused.

That said, Confronting Christianity does the best job of any book I know in threading the line between philosophy-oriented apologetic texts (such as Reason for the Hope Within, ed. Murray, Michael J.) and lowest-common-denominator apologetic texts that ignore the complexity of the issues and give simplistic answers (I’m not going to give any examples).

Confronting Christianity is a welcome addition to the world of apologetic texts, perhaps targeted best toward the sympathetic skeptic looking for an introductory treatment of questions preventing them from embracing Christ.

Rather than a collection of random chapters based on FAQs, Rebecca McLaughlin’s book, Confronting Christianity, is intentionally ordered. McLaughlin first lays a foundation that people are not better off without religion before showing that the Bible can be trusted and that Christianity does have good news for women and for homosexuals (even if it comes with a call to sacrifice), and climaxing in the final chapters on suffering and hell, which are beautiful portrayals of the gospel.

If Jesus is the Bread of Life, loss of Jesus means starving.
Tweet

While these questions Rebecca McLaughlin addresses in Confronting Christianity have been debated before, McLaughlin did have some pleasantly unexpected additions to the conversations. For example, when discussing whether or not the Bible condones slavery, she pushes the reader to reframe the question:

“The church must face its moral failures… But we must also ask, how many generations of faithful black believers do there need to be before we stop associating Christianity with white slave-owners and start listening to the voices of black believers that echo down to us through the blood-stained centuries?” (p. 192).

It’s also perhaps worth reading just for her two paragraphs on heaven and hell where she traces the images the Bible uses for both and crescendos into this:

The one question not addressed is, unfortunately, the one I sense most of my suburban unbelieving friends would ask: “What if my life is fine without God?” But if the opportunity arises, I would not hesitate to lend them this book and pray that God uses it to open their hearts. It may not demolish all their arguments, and a book alone can’t change a heart, but it would probably reveal a few holes in their perspective and perhaps help them see the reasonableness—and the beauty—of Christ’s claims.

Do you have some hard questions about the Christian faith? Do you have any answers to share from your personal experience? Please share your thoughts in the comments.

Jane Schaible is a student at Trinity Evangelical Divinity School pursuing a MA/TS degree. At her local church, First Evangelical Free Church in Wichita, KS, she enjoys helping teach women's bible studies and small groups, serving on the Adult Education Team, and working at the front desk. She loves her studies at TEDS, theology books, Nancy Drew books, Star Wars movies, and a good cup of coffee to go with it all!

Jennifer M. Kvamme is student ministries catalyst at Centennial EFC in Forest Lake, Minnesota. She is wife to Greg, mom to three young children, and passionate about helping young people see the beauty of the gospel and apply it to all of life.