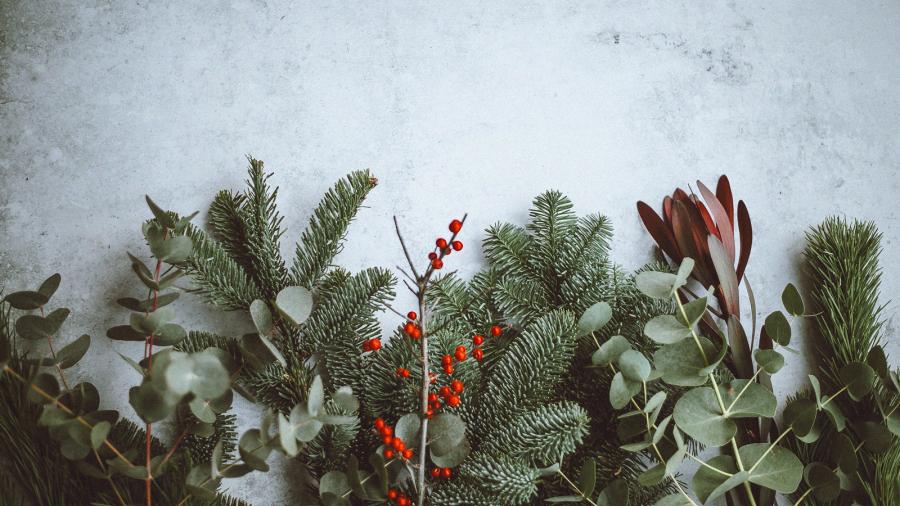 Advent reflections on the incarnation (John 1:1-18)

As Christians, we once again enter the season of Advent, that season in which in the church calendar we focus on the birth of Jesus Christ. This miraculous conception (not immaculate conception) and virgin birth are referred to as the incarnation, which is defined as “the act whereby the eternal Son of God, the Second Person of the Holy Trinity, without ceasing to be what he is, God the Son, took into union with himself what he before that act did not possess, a human nature, ‘and so [he] was and continues to be God and man in two distinct natures and one person, forever.’”

Advent and Christmas are wonderful times of the year to remember and to celebrate not just the historical recollection of God becoming a man in the person of Jesus Christ, but also to worship him. This is the time of the year for Christians to look back and remember the promises made for the coming of the Messiah the first time, and the fulfillment of those promises in the incarnation of Jesus Christ, the time when God became a man in the person of Jesus Christ, rightly known as the God-man. It is also a time for believers to look forward with eager, joyful, and assured anticipation for the Lord Jesus’ return, his coming again. We, like Old Testament saints, live between the times, and we, like they, live with faith and trust in the Lord and his promises. It is giving thanks for promises made and fulfilled, and it is hope-filled prayer for promises made to be fulfilled, and faithfulness and fidelity as we long and look for Christ’s return. These truths mark the lives of believers.

During these seasons when we remember some aspect of the Lord Jesus Christ, it is also a good discipline to learn something more about him. Often that learning occurs in what some have believed wrongly, or what some have embraced as heresy.

In the early church, there were early denials of the realty of the incarnation. For example, Arius (ca. 250-336), subsequently his followers known as the Arians and the belief is known as Arianism, believed that Jesus was “highly exalted, [the divine] instrument of the creation of all other things, but not coeternal with God, nor sharer in God’s being.” In other words, the Son was a created being. Not only was this false teaching contrary to Scripture, it was repudiated as heresy at the Council of Nicaea (325) and affirmed again at the Council of Constantinople (381), and again, which is the highpoint of Christological doctrine, Chalcedon (451).

We do not remain unaffected by these false beliefs about Jesus Christ.
Tweet

As I often say, there is nothing new under the sun, so heresies and false teaching will always remain the same, even though it will be dressed up with contemporary garb. Who are those who have dressed up this ancient Christological heresy in modern garb? It is the Jehovah’s Witnesses.

We do not remain unaffected by these false beliefs about Jesus Christ. In a recent theology survey, the results indicate virtually all Evangelicals affirm belief in the Trinity and Trinitarian doctrine (97%). That should be reflected in one’s belief about God the Son, the second Person of the Trinity. And yet, most Evangelicals also affirm that “Jesus is the first and greatest being created by God” (78%). These Evangelicals affirm the ancient Arian heresy.

Another early Christological heresy is Docetism (2nd and 3rd centuries). Some in the early church regarded the human aspects of Christ as imaginary or apparent instead of being part of a real incarnation. The term derives from a translation from the Greek term dokein which is defined as “seem” or “appear,” but not real or with actual substance. That is to say, Jesus Christ only appeared to be human, while in reality he was not. Christ suffered, he could not be divine. If he was God, he could not suffer. This view denied the two natures of Jesus Christ in one Person. Jesus is truly and fully God and truly and fully man (cf. the Nicene Creed [325; and Constantinople revision in 381] and Chalcedon Definition [451]).

Another denial of last century, which was some of the theological fruit born from the Enlightenment, was anti-supernaturalism, a denial of the supernatural, the miraculous, which meant the virgin birth was considered a myth. For those who were anti-supernatural, since a miracle could not occur, a miracle did not occur. Their presuppositional bias against the miraculous led them to conclude it cannot and therefore did not happen. In response to this, those who affirmed the inerrancy and authority of the Bible responded in affirming the “fundamentals of the faith,” and two of those critical truths considered fundamental to the faith were belief in the miraculous and belief in the virgin birth.

In our contemporary setting, there are often two responses to this season. As Christians look to the world, the Christmas season, the time at which we celebrate the “rich becoming poor” (2 Cor. 8:9), it seems like what really matters, at least to how we approach this season, is material possessions and things. And as we know, this is not just the world. Christmas is about buying, busyness, and burdens. This has also influenced Christians profoundly, who are not only in the world, but at times reflect a behavior, especially during this season, that they are also of the world. In response to this materialism and commercialism associated with Christmas, some (though I confess not many), want to avoid it somewhat if not completely. Many acknowledge this problem, but do little to nothing to curb the excess.

There is another response of Christians and that is to avoid the season, both Advent and Christmas, completely. Since there is no explicit command given in the Scriptures to celebrate Advent or the birth of Jesus Christ, to do so would be “unbiblical.” This has a long history, going back to the Puritans in our own American history, which is reflected among some who are grounded in the biblical text and only want to do what Scripture explicitly commands, mandates, or prescribes for our lives and our gathering in the church. To mandate this season and to make it an absolute on Christians and the church is to elevate tradition to the place of Scripture, and to bind someone’s conscience on a tradition not truth (of the Bible).

How then should Christians approach this season? We certainly acknowledge we are in the world, but we are not to be of the world. That is to say, if we celebrate this focus on our Lord Jesus in the same way the world does, something is extremely amiss. In that case, the center of our lives and worship has been misplace and misaligned. That may well reveal an idol of the heart, something good is treated as ultimately, and thus displaces God.

And yet to do nothing, not to focus on the birth of Christ at all, could reflect that something may well be amiss in our Christian lives as well. If in our lives and in our churches we did not remember and focus on the person of Christ, his miraculous conception and his birth and life, in our preaching and teaching, in our corporate singing, when would it be remembered and emphasized in the church? When would we recount intentionally and purposefully on these critical truths of the person of Christ? As an example of another truth in the life of Christ, how often is the ascension of Christ, another critical truth about Christ that has significant implications in the lives of believers, mentioned and referenced in our preaching, teaching and singing?

Even though there is no explicit biblical mandate to remember and focus on the birth of Christ, we recognize and affirm the benefits of doing so in one’s own personal life and in the life of the church through preaching, teaching, and singing. With this in mind, we will share Advent devotionals focusing on Jesus Christ, the Word become flesh. Following this introductory devotional, we will follow with four others, following the Sundays of Advent, and culminate on focusing on Jesus’ birth.

Advent speaks of anticipation, and eager and excited longing for the Lord Jesus Christ to come again.
Tweet

Our focus will be on the Gospel of John and his rich prologue in 1:1-18. Although there is much I could say, my focus will remain on these verses as they help us to understand who Christ is, our response to him, and our longing for his return.

Advent speaks of anticipation, and eager and excited longing for the Lord Jesus Christ to come again. We remember and celebrate his first coming as a man, God the son, born of a woman, the God-man. And we worship him. And like those Old Testament saints eagerly longed, even groaned for the coming of the Messiah, we now in our place in redemptive history who live after Christ’s incarnation, look back and give thanks to God for the fact that Jesus is our Messiah, our Savior and Redeemer. And we also look forward to his return as Lord and King, when he ushers in his kingdom and the new heavens and earth. The Old Testament saints looked back to the promises of God and then waited for the coming of the Messiah, Jesus Christ. We, as New Testament saints, look back at Christ’s first coming, and we await his second coming, living with the same now and not-yet tension as the Old Testament saints, and with the same hope and assurance that Christ’s second coming is as certain as his first.

During this Christmas season, let me suggest/recommend a few responses.

Read the second part of this series: The Word of God, Creation, Life and Light.