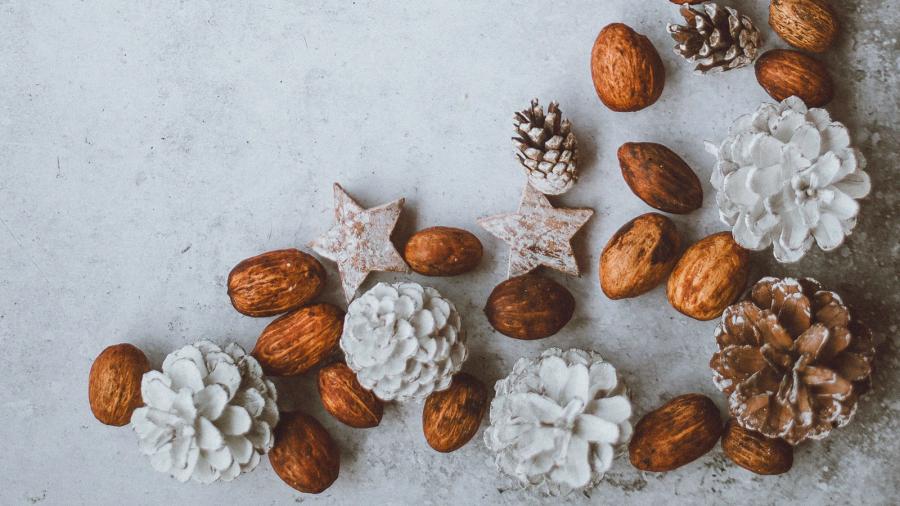 The Word, the Light and the Witness

Advent reflections on the incarnation (John 1:6-8)

In John’s Prologue, we also learn of a witness. In this case it is John the Baptist who adds his voice to the chorus of angels in testifying to the Jesus Christ. In the birth narratives of Matthew and Luke, the angels witnessed or testified to Jesus’ birth. In John’s Gospel, John the Baptist serves the role as a witness to the beginning of Jesus’ public ministry. Although John begins his Gospel focusing on the ultimate origins of the Word, who was with God, and who was God, when he transitions to the beginning of Jesus’ public ministry, he begins with the witness of John the Baptist, as do the other Synoptic Gospel writers (Matthew, Mark and Luke).

John begins with the invisible and moves to the visible. He begins with “in the beginning,” and the one who was before there even was a beginning, before there was time, who he identifies as the Word, who is God. He moves to time and history, focusing on historical persons and events. And for John, this is not just any history, this is salvation or redemptive history. This is providential and purposeful history.

Here are three key truths we glean from this section of John’s Prologue (1:6-8).

First, John the Baptist’s identity was that he was sent from God and came as a witness about the light.

This man who was sent is initially unnamed. He is simply, “a man.” He is then identified, secondarily, as John. Why is this? John draws attention to the fact that even though John the Baptist is an important figure, what is even more important, and what makes him a significant figure in redemptive history is the role he plays. Any significance and importance one may have is only in relation to Christ. John emphasizes his position, not his person.

John had a divine commission as a witness. He was “sent from God” (1:6) and given this divine commission with this specific task of testifying “about the light,” which is why he “came” (1:7), who we will come to know is Jesus. This commission from God places John the Baptist in the same category as Moses (Ex. 3:10-15), the prophets (e.g., Isaiah 6:8; Jer. 1:4), and even Jesus (Jn. 3:17). With the latter, even though Jesus was sent from God, which places him in a similar category, he was in the one and only category, the one who was in this role par excellence, such that he is the one sent who is God’s Son and who is himself God.

Second, John the Baptist’s function was to bear witness to the Light. The focus on the testimony is the Word.

As John focuses on John’s role, his function, we notice the progression. In the first clause of verse 7 John defines John’s commission as a witness. In the second clause, he emphasizes the object to which John witnesses, the Light. The focus of the testimony is on the Light, the Word.

Third, John the Baptist’s purpose in bearing witness to the Light is to prompt belief in the Light.

Bearing witness is not an end it itself. The purpose is that those who hear may believe. They come to believe in Jesus through John’s witness. This witness is not for Christ’s sake, but for our sake. That we might know the Word, the Light, Jesus, and that we might come to believe (cf. Jn. 1:12). “All” reflects the universal scope of this witness bearing ministry about Jesus (cf. 1 Tim. 2:4).

In sum, as noted by one, we can summarize John’s emphasis here in these verses as follows: John the Baptist’s identity is as God’s agent (1:6), though he is not the Light (1:8a), his function is to be a witness to the Light (1:7a, 8b), while his purpose for bearing witness is to prompt belief in the Light (1:7b).

Ponder and pray these applications this Christmas.

Jesus is the Light, the Light of the world (Jn. 8:12). This is a great truth and wonderful comfort in these days when there appears to be so much dark in the world. As those who have been enlightened by the Light, we “shine as lights in the world” (Phil. 2:14).

Jesus is the focus of it all. Any significance comes in relation and in relationship with him. This is what we remember, celebrate as believers, and proclaim to others. This is why it is critical to keep Christ central and at the center of all we say and do always, but especially during these days. This is the message we pass on to others and the manner in which we pass this message to others.

Jesus is the one in whom all are called to believe. For those of us who believe, this results in worship. But there is also another commission given to us. To bear witness to the Light. Certainly we do not do this in the same way John the Baptist did, since his role was unique. But we follow in his path and proclaim Christ and bear witness to the Lord Jesus Christ, in word and in deed (cf. Matt 5:14-16; 28:18-20).

Might we focus on Christ, the Light of the world, might we live in such a way that it is clear we are related to Christ, and might our light shine to others around us as we bear witness to the Light, Jesus Christ, the Word made flesh.

Of the Father’s Love Begotten

Verse five of the 4th-century hymn addresses the ancient prophecies that have now been fulfilled in the coming of Jesus. John the Baptist is the last in that line that points to Jesus most definitively and finally (cf. Matt. 11:7-15). We give thanks to God for the Light and those who faithfully bore witness to the Light, Jesus Christ.

This is He Whom seers in old time
Chanted of with one accord;
Whom the voices of the prophets
Promised in their faithful word;
Now He shines, the long expected,
Let creation praise its Lord,
Evermore and evermore!

Postscript: Epiphany Epilogue – Our Final Posts in the Series

As we have learned, even though there is no explicit biblical mandate to remember and focus on the birth of Christ, we recognize and affirm the benefits of doing so in one’s own personal life and in the life of the church through preaching, teaching, and singing. The Christmas season provides that opportunity for us to emphasize these truths in our lives and gatherings, for the purpose of worship.

Advent focuses on the coming of the Lord Jesus—both looking back at his first coming and looking ahead to his second coming. At Christmas we remember Jesus’ birth, the incarnation, and also the whole messianic age he inaugurates. Epiphany, a disclosure or unveiling, follows Advent and Christmas in the Church’s focus on the Lord Jesus Christ. This is the time at which we remember the manifestation of Jesus Christ to the Gentiles at the visit of the Magi. Traditionally this marks the end of the Christmas season.

We will pick up our last two posts (1:9-14 and 1:15-18) from John’s Prologue (1:1-18) as we approach Epiphany in the new year. In preparation ponder (and memorize) this incredible truth of the incarnation: “And the Word became flesh and dwelt among us, and we have seen his glory, glory as of the only Son from the Father, full of grace and truth” (Jn. 1:14).

Read the first two posts in this series: The Word Became Flesh and The Word of God, Creation, Life and Light.