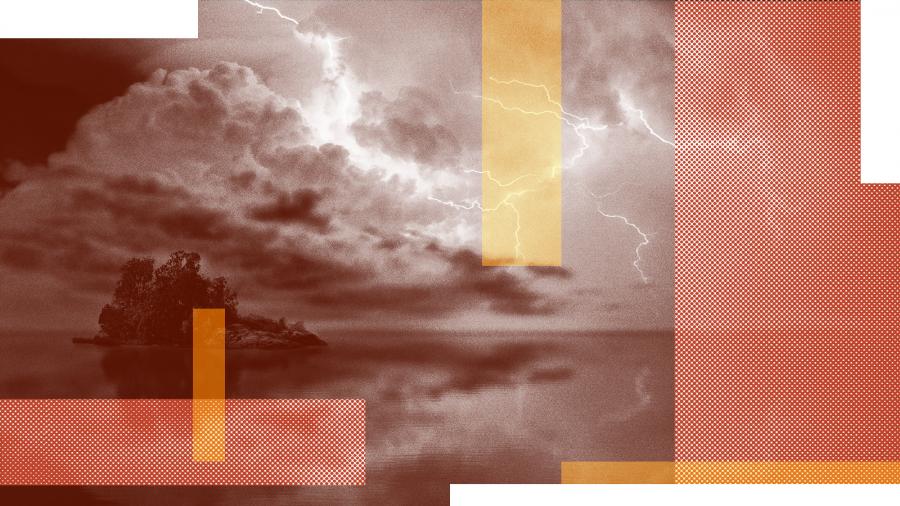 The Wrath of God Should Come to Our Minds More Often

What we miss when we miss out on God's wrath

A.W. Tozer famously said, “What comes into our minds when we think about God is the most important thing about us.” I doubt many modern Christians think first of God’s wrath when they think about Him. There have been times in history, though, when God’s wrath would have sat heavily upon the minds of God’s people, such as on the afternoon Uzzah touched the ark or when John saw visions on the island of Patmos (2 Sam 6, 1 Rev).

Today, however, the image in Revelation of a rider on a white horse tromping through the red froth of the winepress of the wrath of the Almighty does not come into our minds often.

The truth of God’s wrath—when rightly understood by the Christian—is good for us.
Tweet

At our church, we have not had a topical sermon on God’s wrath, nor on any of God’s attributes, in the last half dozen years, but I think maybe we should. We typically leave pointed discussions like this to our adult Sunday School classes.

The other week, in a sermon about the fear of man and the fear of God, I preached from Matthew 10 where Jesus told his disciples, “And do not fear those who kill the body but cannot kill the soul. Rather fear Him who can destroy both soul and body in hell” (v. 28). Rather than pushing past these words quickly, I encouraged us to linger. I told our people to notice that it’s not necessarily either the hotness of hell or the lasting nature of hell that Jesus says to fear. Hell is hot and hell is long, I said, but that’s not what we should fear.

Jesus essentially says, “Don’t fear people most; don’t fear hell most; fear the God who can toss you into hell.” I told our people that this short verse should cause us to tremble; not to preach for gratuitous shock and awe, or to stir unmitigated fear. Just two verses later, Jesus tells His disciples to “fear not” because He cares for those disciples, just as He cares for us.

The truth of God’s wrath—when rightly understood by the Christian—is good for us. We may not need a sermon on God’s wrath each Sunday, but we are impoverished, even malnourished, in three particular ways if the burning fury of God’s wrath never comes into our minds.

1. When we forget God’s wrath, we have to display our own wrath

Jesus will come again and no injustice will go without its full reckoning.
Tweet

We are quick to decry the wrongs of others, especially on social media. But does our trigger finger for injustice go deeper than our hatred of evil?

The apostle Paul wrote that Christians must never avenge themselves, instead leaving vengeance to “the wrath of God, for it is written, ‘Vengeance is mine, I will repay, says the Lord’” (Rom 12:19).

Often the immediate flare-up of our wrath exposes our belief that we think we must do God’s job for him.

We would do well to remember that the Bible promises a day when every knee will bow and every tongue will confess that Jesus is Lord (Phil 2:10–11). Some will bow to the beauty of God’s grace willingly and joyfully, while others will be dropped to their knees by the blaze of God’s righteous wrath. The book of Revelation speaks of a day when the ungodly—from the least to the greatest and from the poorest to the richest—will hide in clefts of rocks and call for boulders to crush them lest they face the wrath of Him who is seated on the throne (Rev 6:15–16).

A vibrant awareness of God’s future punishment should not cause us to be less concerned about justice. Trust in God’s ultimate justice should buttress our angst, guarding us against cynicism and despair. It’s in this way we make sense of the imprecatory psalms, such as Psalm 10:15, asking God, “Break the arm of the wicked and evildoer.” As we ask for God’s hand to move, we remember we don’t have to raise ours (Ps 10:12).

When there is no urgency, the people perish.
Tweet

We need to know that when everything around us gives way, we may rest in the truth that Jesus will come again and no injustice will go without its full reckoning. We can honestly say that the police officer who abuses a prisoner and the protestor who throws a brick at an officer both have views of God’s wrath that is too small, not too big. In the face of injustice, we need a deeper understanding of God’s wrath.

2. When we forget God’s wrath, we lose the urgency of missions

Anyone who believes in Jesus has eternal life, but for the one who does not believe and obey “the wrath of God remains on him” (John 3:36). The Bible often connects this reality of God’s wrath toward sinners with our urgency to preach the gospel. For example, after describing the judgement seat of Christ, the apostle Paul writes, “Therefore, knowing the fear of the Lord, we persuade others” (2 Cor 5:11).

All of our church Sunday school evangelism classes may fail to produce disciples who actually share their faith because our theology lacks teeth. When there is no urgency, the people perish.

I’m sure many people need to hear this, but I know I do too. I rarely feel the weight of the lost as I should. When God first tugged my heart toward pastoral ministry, however, I agonized over the thought of sinners going to hell.

Years ago, I visited Navy Pier in Chicago. Surrounded by a hundred thousand other tourists, the weight of eternity felt palpable. I confess, my concern has diminished. Perhaps the grind of pastoral ministry and church administration have worn me down; perhaps I spend too much time with Christians and not the lost; perhaps I’ve capitulated to culture’s passé view of hell; perhaps streams of Netflix have cooled my passion—perhaps all these and more.

The dark backdrop of our sin and God’s judgment allows the rays of gospel light to shine bright.
Tweet

3. When we forget God’s wrath, we lose the gospel

When we forget God’s wrath, we lose our understanding of God’s love for us. Christians can marvel at the “kind of love the father has given to us, that we should be called children of God” because we know we “were by nature children of wrath” (1 John 3:1; Eph 2:3).

One of the new Christians at my church will occasionally mention to me that for many years he didn’t think he needed Christ in his life because his life was going so well. He had the sort of life people portray on Instagram. “If Jesus only makes a person’s life better, what am I missing?” he thought.

[O]ur actions overflow from our understanding of God.
Tweet

I don’t want to discount the many ways knowing Jesus makes one’s life better. But knowing Jesus—the real Jesus—also makes life harder. It is only as we preach about the holiness of God, the goodness of the law and the badness of our sin, about divine punishment and God’s wrath, that the good news story of Jesus becomes actual good news to people who, admittedly, have a pretty good life without Christ. The dark backdrop of our sin and God’s judgment allows the rays of gospel light to shine bright.

How we understand God

After A.W. Tozer stated that the most important thing about a person is what first comes to our minds when we think about God, he wrote, “We tend by a secret law of the soul to move toward our mental image of God.” In other words, our actions overflow from our understanding of God.

I wouldn’t want the first thoughts my children have of their father to be of my anger.

“Tell me about your father,” someone asks them. “Oh, he’s really angry,” they respond.

I don’t want that. I want them to think first of my love, and God wants us to think first of His love. Yet to never preach about God’s wrath, or to only sheepishly mention His anger over sin as though it were some unfortunate part of Him, is to misunderstand God and His love.

And our understanding of God might be the most important thing about us.